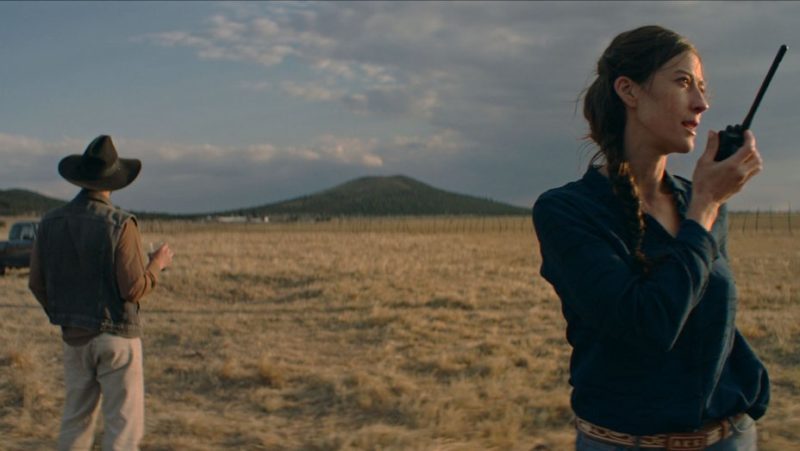 Carlos Reygadas’s new film, Our Time, opens by a muddy river. In a widescreen image, distorted by a slight halo, boys play, fight and laugh in the mud. They climb onto an inflatable boat and stage a mud-armed assault against the girls on the other side. Meanwhile, teens lie under a tree, drinking beer and making out. It’s a hot day and the sun seems to buzz with an electrical sound. This extended and mythic opening sequence leads into a grander world of bullfighting and cuckolding in Mexico as a couple grapples with time and transmutations.

Considered one of the great filmmakers of our time, the Cinémathèque Québécoise is hosting a retrospective on Carlos Reygadas’s elusive feature cinema. This is a rare opportunity to watch his films on the big screen. Since he made Japón in 2002, he has been a festival fixture, but his films rarely get widely distributed for a variety of reasons. Reygadas’s movies are not traditional narratives and unfold under a veil of mysteriousness. They are not ostensibly about grand ideas, like love, class or religion, as much as they are about reality itself. In both form and content, Reygadas does not easily incorporate himself into the commercial or moralistic cinema, setting him apart from most contemporaries.

Carlos Reygadas is in town to present most screenings as part of the retrospective. His generous Q&As overflow with intimacy and technical details, offering a fantastic opportunity to become acquainted with a filmmaker who is deeply considerate of cinema as an art.

Justine Smith: In your films, the image is often distorted. What appeals to you, for lack of a better word, about these deliberate “imperfections?”

Carlos Reygadas: Since the invention of video, images have become very crisp, defined and sharp. I have the impression when images are so sharp and so “shiny,” they get all of your attention and they only take from you, they kidnap you completely. Everything takes place within that kidnapping, probably very intensely, but then it doesn’t remain within you.

When images are reinterpreted, when they are not what they are meant to be, then you question them again. Then you don’t conceptualize what you see, but rather, you see it. You really look at it. You observe, rather than conceptualize. We take for granted there is a roof above us and walls around us. It is very rare we actually look at the ceiling because we know it’s there, so we conceptualize it. Just knowing there is a ceiling is enough and we don’t need to look at it. So when you introduce something that creates doubt, then you’ll probably look again, and then you might be able to enter another realm.

When images are not so overbearing, so “shiny,” then the whole cinematic language – sound, atmosphere and textures – is able to come into a strange and undefined space, more related to the subconscious or to the long-term memory.

JS: I find when I watch a film like The Avengers, I don’t even have time to think, I’m just completely overwhelmed and I’m tired by the end.

CR: It’s like Aldous Huxley’s Brave New World, where you have a pill which will give you something positive within all this negativity. It’s about killing everything inside of you and letting yourself be taken.

The sound can be the same in The Avengers and a comedy, it’s the same crash sound in both. It’s the same sounds, lenses and the same way of shooting. That’s why cinema has so much trouble in developing itself.

For example, if you think of literature, writers learn to write and read, like we all do, then make the language their own. You have your own grammar, your own syntax. Writers develop their language until the end.

Because cinema is meant to be an industry, there’s meant to be a book of instructions, so cinema doesn’t develop. The only thing that develops is the eccentricity of the stories themselves and the visual effects, the explosions and the excess of the plot. It depletes you. You’re probably sad when you watch these films, you get depressed. It’s like a drug. It brings you very high and then it drops you down very low, so you need more of it. I don’t like that kind of cinema, so I do something else as a filmmaker. 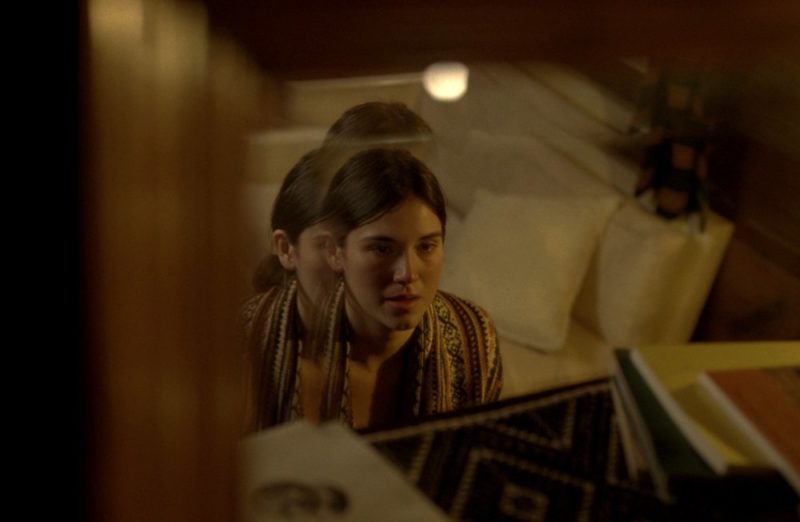 JS: I read an interview where you compared cinema to dreams. But in a way, dreams exists outside of time, at least the time in the sense of our waking lives.

CR: I’ve never said that cinema is like dreams, I’ve said that reality is composed of a present conscious reality, dreams, desires and by the projection of the future. It is not just a conscious reality, but all that is what is in your mind. What is in my mind is part of reality, even if it is not tangible. All of that belongs to film.

Even though I say that film is not a narrative medium by definition, it is, because it unfolds in time. It needs a narrative because that’s how life is on this planet. Even if in dreams, if time shifts and time has different laws, dreams are still usually a narrative experience because they unfold progressively. Time, space, matter – they’re all one single thing. That’s why cinema is definitely the art that is closest to the experience of human existence.

Cinema is a very powerful art. It has a lot of room to grow, which has been limited by this idea of telling stories all the time and always telling them the same way. It could go so far if we could all manage to find our own ways and we would eliminate this book of instructions. It would become so rich but   being held in a sort of straight-jacket.

JS: One of the things you spoke about at the Q&A was in the difference between presentation versus representation in cinema. Could you elaborate on that?

CR: It’s a very complex and divisive issue. People started thinking about these ideas in the 1950s. The structuralist Roland Barthes and eventually, Gilles Deleuze came to this idea that an image because it has been produced by a human, is a representation rather than reality. That there’s a human projection in deciding on the lens, on the colour, that all this implied representation. What we are seeing is how he filters the image through himself, and how he sees it.

I don’t think cinema is about representation, I think it is about capturing reality passively. It is active in the sense that there is preparation, but the moment of capture is more like fishing. You prepare the bait, the rod and everything, but the moment you have to capture the fish, you have to be still and quiet, let it come to you. I talk a lot about the camera and the sound device as a funnel in which reality is captured. The camera is a miraculous device, it’s not like a painter who needs to paint, it is like a net that captures something just by pressing a button.

If you are intervening in that process, like Hitchcock, a great filmmaker, then all his images are representations – they are created through intervention. He is always creating, never capturing. Everything is programmed but if you become more passive then you will get an image and that image will not be a representation and share a quality of reality. They will have what constitutes a presence in reality. That’s what a camera can do. It reproduces movement and form in a way that our mind perceives as the real thing. The same thing goes for sound.

If you work passively, it is not a representation in the way it would be in theatre or literature. You are capturing the presence of a person, an object or a landscape. Then these things will have a special power in them. A power that, when observed, will have the same capacity of giving off reality as when they are present in everyday life. With this, there’s a transfiguration in these images and then you build a world rather than a story. These two things make cinema a very special art, in the end, an art of reality and presence that also shows the perception of individual existence.

It’s still complicated for me, I’m developing these ideas. 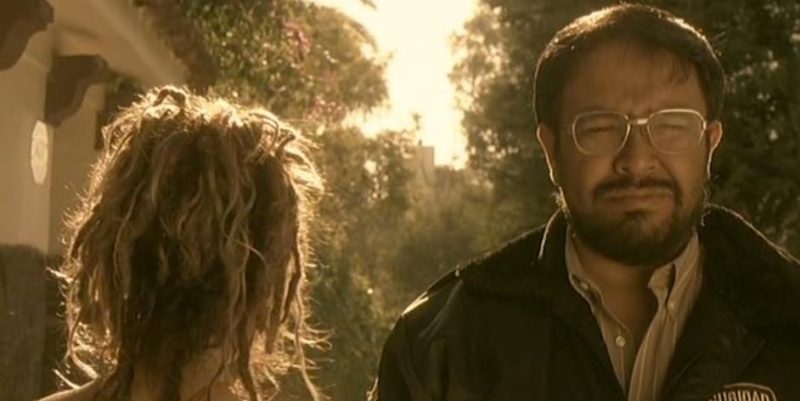 JS: I wasn’t sure if you were referring to all of cinema or part of it. The invocation of Hitchcock makes a lot of sense.

CR: The only thing that matters in Hitchcock is that the story is unfolding and of course, it unfolds in a beautiful way. The clothing, the colours, the way the actors move, all that matters, but they matter only in the sense of what the story is meant to make you feel. You are always observing the same part of the screen and people are meant to be feeling the same thing at the same time. I think differently of cinema. I think the cinema could be more closer to nature and nature doesn’t talk to you, or entertain you, it just presents itself. Then a relationship can be formed between you as a viewer as an experiencer of life and whatever is there in front of you, whether it is a cosmos, a pack of dogs or a dead body. In Hitchcock, or in all entertainment cinema, it’s unilateral. It is disembarking from the screen onto you. Your position as a viewer is only as a receiver, never a bilateral relationship. Of course, he is great! Still, in my opinion, it is only entertainment, not existence or presence.

Just to clarify, even if Hitchcock is so cinematic, I still think he is making illustrative literature. It is literature illustrated in a very cinematographical way but cinema is about something else, that’s what I personally think.

JS: You were not always a filmmaker, you worked as a lawyer. How did you transition from that work to making movies?

CR: I didn’t actually transition, I just jumped from one boat to another! I studied law because when I was eighteen I didn’t know what to do. But, I’ve loved cinema since I was seventeen. From seventeen till I did my first film, I’d watch one film a day. I really loved cinema and at a certain point, I thought I had to try and make films. I wanted to change my life and not be a lawyer. That was the main idea and later I understood that it was something else. It was that I really wanted to make films. I could make films and change my life.

I had some savings and in one year I made short films in Brussels where I was living. I didn’t send them to any festivals, they were for me. With the students with whom I made my shorts, I made Japon.

I always thought I have to give it a try, you never know if you have a talent for cinema. Of course, it’s not only about talent, but it does matter. Cinema, you never know, you have to try.  ■

The Carlos Reygadas retrospective is on at the Cinémathèque québecoise (335 de Maisonneuve E.) until Feb 18.