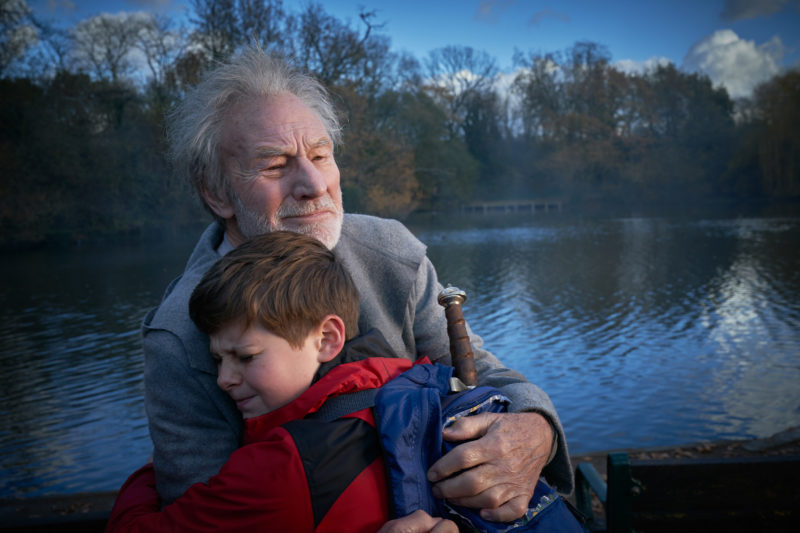 Boomers and other aged “old man yells at cloud” curmudgeons are quick to point out that filmmakers today have much less of a foundation in the absolute classics than they used to. The first generation of filmmakers that were truly raised on movies (Scorsese, Coppola, Schrader et al.) had to put in the work to become cinephiles; it wasn’t a thing that just happened at a time when few people even had TV. It’s why so many saw the cinema as a quasi-religious experience — the transcendence of seeing something by Bergman or Kurosawa had to happen almost entirely by happenstance. The arrival of television and, later on, home video made that kind of religious experience pretty much impossible. Sure, there are people born between 1968 and 1988 who’ll tell you that their life changed when they saw The Seventh Seal, but it certainly wasn’t because their family had six tapes and that was one of them… or because they used to always run it on basic cable.

Joe Cornish’s The Kid Who Would Be King is part of a sort of stream of filmmaking that doesn’t have a name. It doesn’t really have a genre, either, or any kind of defining characteristic beyond the fact that it hearkens back to a time when movies for kids had kids in them and let said kids be kids. It sounds dumb, and I wish I could synthesize it better, but these are often ’80s nostalgia pieces that draw explicitly on classic ’80s films like The Goonies, E.T. or Stand by Me to define their aesthetics and sense of humour. Since the success of Stranger Things, this has meant actually fully embracing corny synth music and neon colours, but The Kid Who Would Be King isn’t that at all. Its nostalgia is broader, more inclusive; it’s a nostalgia not so much mired in signifiers and symbols as it is in the actual boundaries of childhood. It’s a tremendously British movie about kids that, I think, speaks to a truth that most kids could recognize: that a sense of play and a sense of duty are not very far removed.

Alex (Louis Ashbourne Serkis) is a rather middling nerdy British schoolkid. Though hardly an outcast, he exists on the very fringes of the social circle, obsessed with magic and tall tales. He and his best friend Bedders (Dean Chaumoo) are routinely tortured by Lance (Tom Taylor) and Kaye (Rhianna Doris), cocky older kids who find them to be the easiest of targets. Escaping his tormentors one night, Alex winds up falling off the scaffolding on a construction site — and pulling a sword from a stone that no one else seemingly has the power to pull. Alex has done his nerdy homework — the sword is most likely Excalibur, which would likely make him the reincarnation of King Arthur. His theories are confirmed when a weird new kid at school (a scene-stealing Angus Imrie) proves to be Merlin himself (Patrick Stewart), cleverly disguised as a totally normal, seven-foot-tall beanpole weirdo who speaks entirely in pompous proclamations. Merlin is adamant: Alex’s evil half-sister Morgana (Rebecca Ferguson) is going to rise from her undead slumber unless he gathers up his knights of the roundtable and stops her.

I don’t see a lot of movies aimed at children and, having no children myself, I can’t really project any of that childlike glee anywhere – but let me say that if The Kid Who Would Be King had come out when I was 10 or 11, it would have been extremely my shit. I’ve always been drawn to these stories of childhood exceptionalism – of a normal, chubby kid who somehow gets picked out of all the kids to become the one kid. Granted, there are heavy echoes of The Lord of the Rings in The Kid Who Would Be King: from the very first rumblings of the narrative to the way the crew’s travels are depicted, it’s obvious that one of the most popular franchises in cinematic history is a big inspiration. (You could also extend that to include Harry Potter, if you want to hit all the child-catnip bases, not to mention the general aura of Spielberg, which makes itself known in an absent-father subplot that permeates the film.) Add to that the fact that the film is designed to re-introduce the myth of King Arthur to a new batch of children (hey, better this than the shit of my youth like A Kid in King Arthur’s Court) and you’ve got a significant hill of familiarity to get over.

What’s perhaps most striking about The Kid Who Would Be King is the almost total lack of grown-ups. Part of what has soured this genre and spearheaded this whole nostalgia for the ’80s is that there aren’t too many child stars around anymore; the lack of a child star means a movie has to be anchored with some famous actor who plays a parent or mentor or villain or what have you, and that subsequently means the movie loses some of that “let-kids-be-kids” appeal. In The Kid Who Would Be King, adults are ineffectual obstacles at best. They’re what stands in the way of the goal, but they can easily be led astray and into a different direction. (They can also, as it turns out, be relatively easily mind-controlled.) By brushing off all of the real-world implications that being 12 years old would actually hold (you wouldn’t be able, I think, to just randomly travel unaccompanied across the U.K. without your parents at least calling the cops), The Kid Who Would Be King actually manages to be not only a film that kids would easily love, but one that actually feels like kids might actually make.

It’s been eight years since Cornish’s last film —Attack the Block remains one of the best and most surprising genre films of the last decade or so, and it would be fair to say that I had perhaps impossibly high expectations for this particular outing. Not everything about The Kid Who Would Be King works: the middle section starts to feel like it’s running around in circles, for one, and as good as Ashbourne Serkis (son of the one and only Andy Serkis) is in the lead, his character could use a little more definition beyond “loves magic, misses Dad.” But truthfully, the most that I could hope for about a film made for tweens at this point in my life is that I don’t feel like it spoonfed me from start to finish. ■

The Kid Who Would Be King opens in theatres on Friday, Jan. 25. Watch the trailer here: