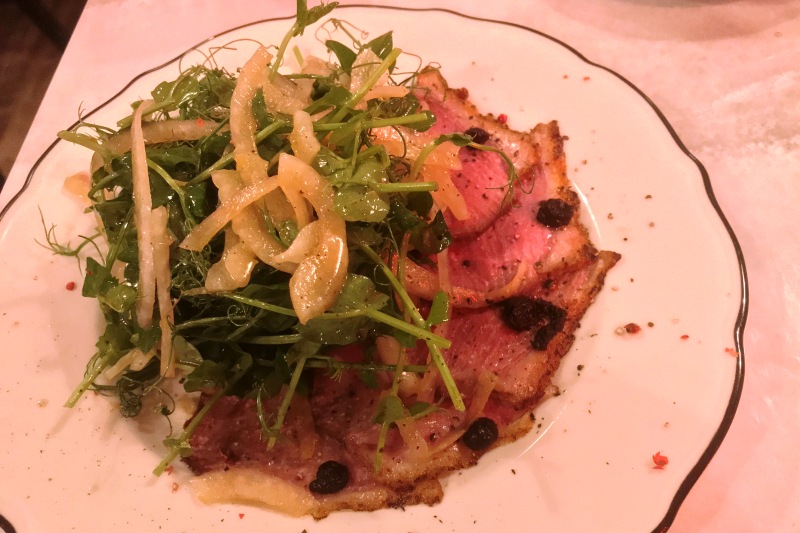 Hanhak Kim and Hiroshi Kitano’s Otto Yakitori was a small and welcome revelation.

It was Montreal’s first yakitori, and they grilled their sticks well, so much so that it’s no longer some young upstart in the downtown core but an indelible part of it. It was such a simple thing to serve up Japanese skewered chicken, but wholesome and delicious. Kim and Kitano may not view themselves and groundbreakers when it comes to Japanese cuisine in Montreal, but they were on to something.

Their latest restaurant, Otto Bistro, is another example of that kind of ground-breaking. While the city has no shortage of Japanese staples — soup, sticks and saké bombs — there are only a few chef-driven concepts. Kazu, Jardin Iwaki and Nozy all come to mind, and Otto Bistro is next in this line — it’s actually one of the better new casual restaurants of the year. Its menu is light on conventional items (sashimi, karaage and edamame), instead taking a full gamut of Japanese ingredients and applying French bistro and bouchon sensibilities, meaning an intimate space with casual food and a decent selection of saké in lieu of reds and whites.

While just as good a destination for small groups of diners, it makes a great date spot. It’s quiet, and just cozy enough of a space, with friendly service, so I took my partner out. While the selection of sakés here are worth a taste, we began by tucking in to two of their three cocktails ($10 each): a yuzu calpico fizz, a take on a Tom Collins, and a truffle sour, a flipped drink that mixes Japanese blended whiskey with lemon and adds a few drops of truffle oil on top. That last touch gave the drink some fungal aromas which, while arresting at first, made for a pretty tasty concoction and jived well with the smooth atmosphere Otto’s got going on here.

As for the food? A lot can be said for Kitano’s skills with Japanese classics, whether it’s a great cut of fish for sashimi or a donburi bowl, but my bias leans towards dishes I hadn’t previously expected from a restaurant like this. That starts with an octopus carpaccio ($15), strips of octopus thinly cut so as to diminish any potentially rubbery consistency, dressed in citrus, an only slightly spicy fermented tomato sauce and a mayo cream to round out each taste into a smooth bite. 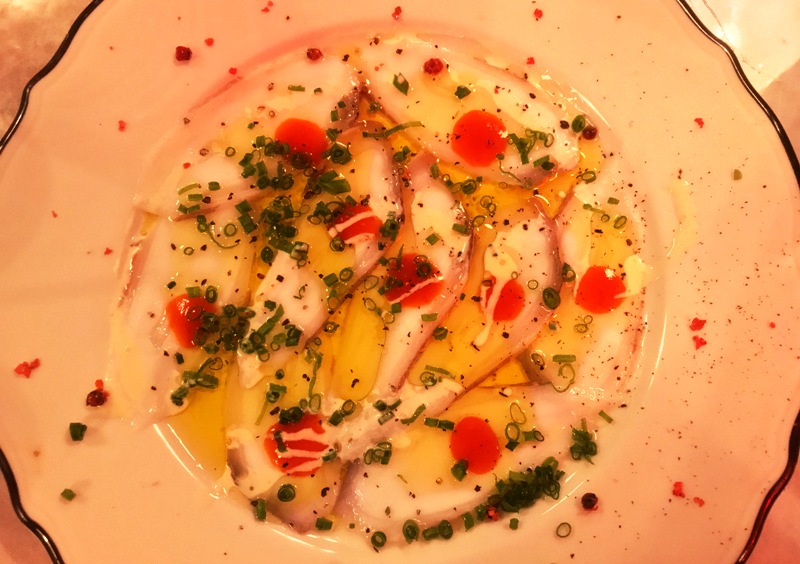 As per bistro fashion, Otto’s got its share of salads as well, offering varieties such as the Kaiso ($8), an array of seaweeds dressed in ponzu for acidity and sprinklings of sea bacon (which tastes of smoke and salt when fried), a fun dish with changes in texture from one bite to the next. Particular praise goes to the Kamo ($14), however, made from thin cuts of duck topped with a mound of pea shoot rolled in a light vinaigrette, faintly sautéed red onion and dabs of fermented black garlic that were about as addictive as crack. 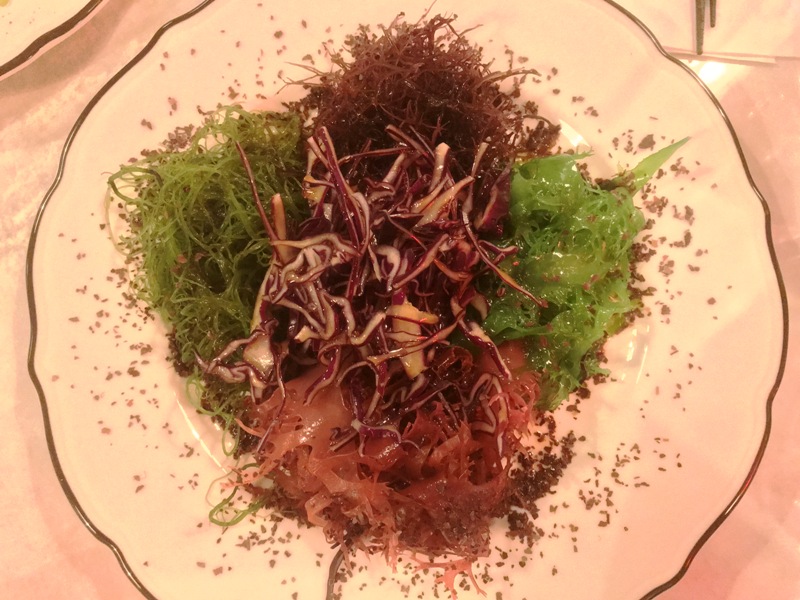 All of Otto’s mains play on heavier proteins and starches, from a hamburg steak served with a jet black soy reduction instead of gravy ($22) to a lamb shank on the bone served with fried potatoes in curry ($20). For this visit, we ordered the kakuni ($14) and uni mazemen ($24) — finally, someone serving mazemen! The former was pork belly braised until tender in sweet soy that pools in the bottom of its bowl — order a side of rice to lap that up — and served with a small cup of wasabi mustard, a comforting and straightforward dish balanced in its seasoning. It’s that mazemen, however, that was the real star of the evening. Almost an intimidating presentation, a whole centre-cut beef marrow bone is served alongside ramen noodles covered in shallots, garlic, shimeji mushroom powder and soy, finally topped with pieces of buttery urchin. So much is going on with the plate, but mixing the elements makes for a panoply of flavour where no bite is the same as the next. A neighbouring table was right when the dish first arrived: “Good choice.” 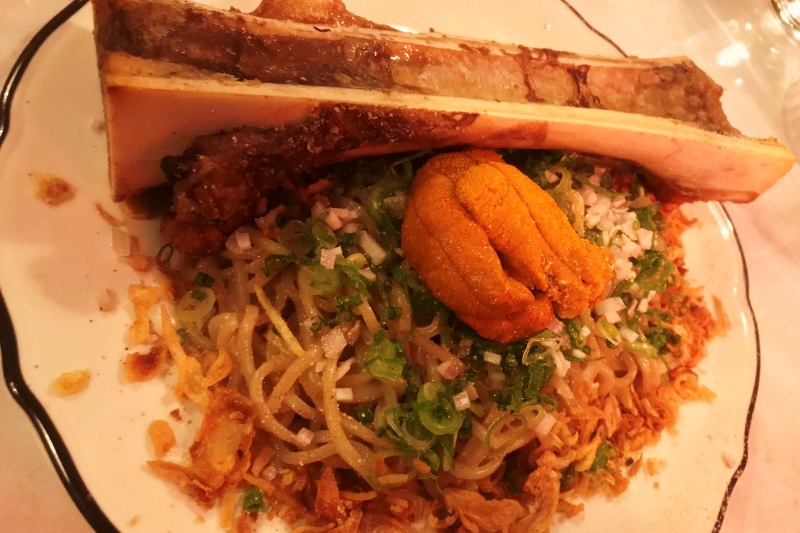 I’m surprised at how little coverage Otto Bistro’s received since it first opened in the summer, given the quality of concept execution here. Maybe it was the menu not matching a hankering for more summery options, but now with colder seasons, there’s little reason not to go. While I’d rather keep this spot to myself for a good night out, and until everyone else catches on, it’ll be our little secret. ■