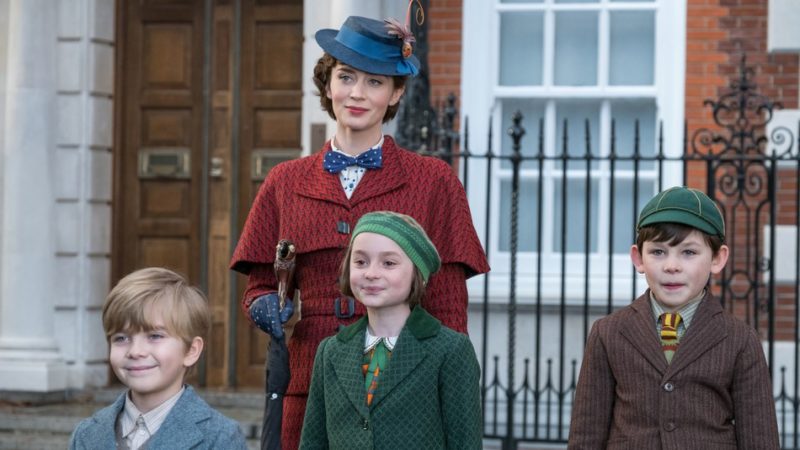 When I was a kid, Disney movies were a rare and precious material. It was the heyday of consumer home video, and Disney would create hype by sticking movies in a “vault” and only releasing them for limited periods of time. That meant that your access to a specific Disney film was often limited to what the video store may have purchased (and held onto, since I imagine the perceived scarcity of some titles made them prime targets for being rented and never returned), whatever you may have been gifted and whatever was on TV. Eventually, they started producing lower-quality sequels that by-passed theatres and were, generally speaking, much inferior to the movie you actually wanted to see, which in turn made you even more eager to get your hands on the movie you actually wanted to see. Many people my age probably saw the boring Kurt Russell live action movies from the 1960s and The Return of Jafar more than they did the acknowledged classics.

As reluctant as I am to celebrate this kind of raw-dog capitalism, I’ll have to admit that Disney’s salt-of-the-earth policies at the very least kept some quality control going in the House of Mouse. Why bother stepping out on a limb when you can feed the people the same shit over and over? As I understand it, the Disney vault is still a thing — but home video is quickly becoming a thing of the past, and Disney has to get smarter if it’s going to continue to pillage its own archives for profit. In that respect, Mary Poppins Returns represents a quantum leap in terms of ambition. For the first time since Disney launched its onslaught of live-action revamps of its biggest hits, it has decided that a sequel is preferable to a top-down remake.

Mind you, Mary Poppins Returns’ status as a sequel is far from hard-earned. It’s essentially the Evil Dead 2 of the Poppins-verse, a spit-shined revisiting of the original that’s reverent to the point of slavishness. On one hand, I’m relieved that we’re not getting some kind of dubstep-powered MC Poppin’ Fresh out-of-touch, of-the-time update; on the other hand, I have to question the relevance of boomer-coddling post-war nostalgia of this particular stripe.

Twenty-some years after the events of the first film, Michael Banks (Ben Whishaw) has become a father of three adorable moppets: Annabel, John and Georgie. His wife having died some time before the events of the film, Michael gets some help from his labour organizer sister Jane (Emily Mortimer) and Ellen (Julie Walters), who has been his housekeeper since childhood. Being a painter has not exactly been profitable for Michael, so he takes a job as a teller in a bank – but that’s still not enough for him to keep the house. He’s fallen behind in his payments, and unless he can think of a solution, dastardly banker Weatherall Wilkins (Colin Firth) will repossess the house. Enter Mary Poppins (Emily Blunt), the magical space nanny that got the previous incarnation of the Banks family out of a similar pickle two decades before. Mary’s particular brand of song-based encouragement and peppy regime of organization and properness (with some assistance from a Cockney chimney sweep played by Lin-Manuel Miranda) might be just what these kids need to save their house.

Mary Poppins Returns isn’t just beholden to the original in its narrative and premise, it’s also exactly as old-fashioned. WIth its talky songs, squarely choreographed dance sequences, vaudevillian patter and polite children in short pants, Mary Poppins Returns doesn’t represent much of a leap in terms of what it depicts. Oh, sure, Jane’s a labour organizer now, but 20 years hasn’t done much to change the world of Mary Poppins. The original was already some 50 years removed from the date of its release, a tweedy relic for grandparents to recall the bucolic nostalgia of a world before the first World War. This story is now a full century old, and it brings with it century-old problems. Miranda does a little bit of rapping, though you’d be hard-pressed to call it that — it’s more like rat-a-tat carnival barker delivery than anything.

Here’s where I feel conflicted: I don’t want a Mary Poppins movie where Lin-Manuel Miranda raps and Mary dabs with her umbrella or whatever else would be the direct 1:1 analogue for 2018. I don’t want a song by Tyler the Creator that runs over the end credits and I don’t want Mary to suddenly be extremely good at parkour, crashing through windows and jumping from roof to roof. But the alternative is something so unbelievably old-fashioned, musty and familiar that I question the point of it at all. Director Rob Marshall has crafted a loving tribute to the original that feels like one of those note-for-note cover records where the original artist just melts into the songs.

Mary Poppins Returns isn’t badly made by any stretch of the imagination. The movie’s centerpiece, a traditionally animated traipse through a fantasy world peopled with cartoon penguins (amongst others) is genuinely propulsive and delightful, and Emily Blunt is perfectly cast in the lead. But at 132 minutes, it’s more old-fashioned tweedy musical than most are willing to take, and the middle portion of the film takes some twists and turns into some seriously disposable material. (Mary and the kids take something like 20 minutes to visit her Russian cousin — played by Meryl Streep, no less — who takes them through an elaborate upside-down song-and-dance routine that ultimately has absolutely no bearing on the plot whatsoever.)