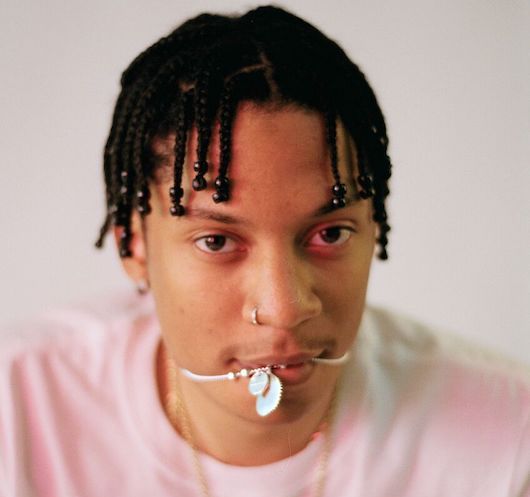 When discussing Montreal rappers, Lou Phelps stands out as one of the city’s elite. The mellow MC thrives with ever-bouncy flows, a style reminiscent of the late ’80s Native Tongues movement out of New York City.

After steadily building himself up over the past five years, Phelps is finally ready for the spotlight. This past September, the rapper’s debut studio album 002/LOVE ME was released by Last Gang/eOne. It’s the first time in a long time that a Montreal rapper has put out a project on such a significant label; his manager William Robillard Cole helped secure the deal.

“Will helped me get a chance at Last Gang and eOne. He’s vice president of A&R, so it’s a good look for sure. Nobody wanted to give me a chance. I could go to any record label right now and ask for the chance to have an album, a chance to even drop a fucking mixtape or whatever. They would probably give you a shitty deal. Will just came up and said, ‘Yo, we’re down to hook you up.’”

Phelps stresses that the deal was far from a handout. He attributes his success to the recent strengthening of his skillset. “Two or three years ago, I don’t think I was as good as I am right now. It’s just a growing process.”

002/LOVE ME is a voyage through the complexities of being a casanova. Phelps cites OutKast’s The Love Below as one of the biggest sources of inspiration; it’s an album he listened to on the regular throughout the creation of 002/LOVE ME.

The album features some of Canada’s most promising young talents. From getting Jazz Cartier out of his comfort zone on the funky lead single “Come Inside” to Jahkoy crooning the chorus of the radio-ready “Squeeze,” Phelps has a knack for realizing original ideas with some of the country’s most coveted.

Of course, most of the production on 002/LOVE ME comes from Phelps’s older brother, Kaytranada. Once burdened by being in the shadow of his superstar sibling, Phelps learned to flip his frustration into an asset.

“Me and Kay have a good chemistry. The fact that (their joint project) the Celestics are gone is sad but it had to happen at some point. We decided to take some time off from it, we might come back sometime soon. It was necessary. The critics only wanna talk about how great Kay is, how I’m his little brother who raps and how cute that is.

“It used to bug me when people said, ‘You’re Kay’s brother, you’re only gonna be Kay’s brother’ but in the end, none of these producers have beats like him. Every month, I go through the library and choose the beats that I wanna rap on. I’ve got the best beats, some dope lyrics and I know that my shows are intact.”

Recently, Phelps has also begun to dip his feet into the waters of production — the skeleton of “Miss Phatty”’s beat is his own creation. His next plan of action: nationwide domination, with a cross-Canada tour in full effect over a good portion of November. ■