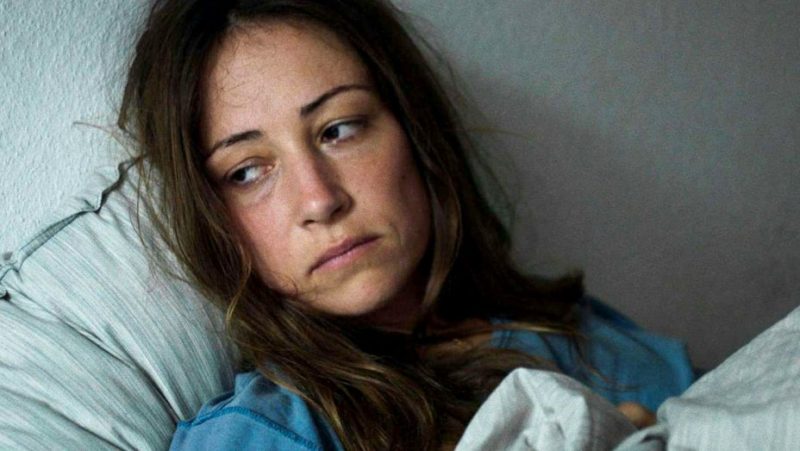 If Gone Girl introduced the world to the “cool girl,” Eva Trobisch’s feature debut is all about the “all good girl.” All Good is about Janne, a young woman whose life is falling apart. Her marriage is disintegrating, her company is failing and one night, she is sexually assaulted by a future colleague. But, unfailingly, Janne is “fine.” There are no real problems and you are only a victim if you allow yourself to be. Tension is mined and builds from her commitment to silence, as the violence committed against her makes it increasingly difficult for her to maintain her cool exterior. All Good is a dramatic and gripping debut about the consequences of silence and the burden of holding it all in.

Trobisch presents Janne’s world as one of order. The film’s framing favours architecturally composed shots with fixed and harsh lines of perspective, and more often than not, Janne’s profile seems aligned with this perfectly organized universe. Increasingly, however, she is in conflict with this landscape. While she tries to maintain a forward facing stare, she struggles as her reality starts to break down.

The retrospectively dishonest intimacy of the events leading up to Janne’s assault is especially troubling. The filmmaking is raw and organic, warm and loving. Janne floats on air, treasuring a burgeoning and chaste intimacy with another person. Then, he wrecks it. He not only hurts her, but he puts into question everything leading up to it. The aftermath, wrought with insincere politeness and cold, self-protectionary implorations, extend Janne’s suffering rather than close it. (Justine Smith) 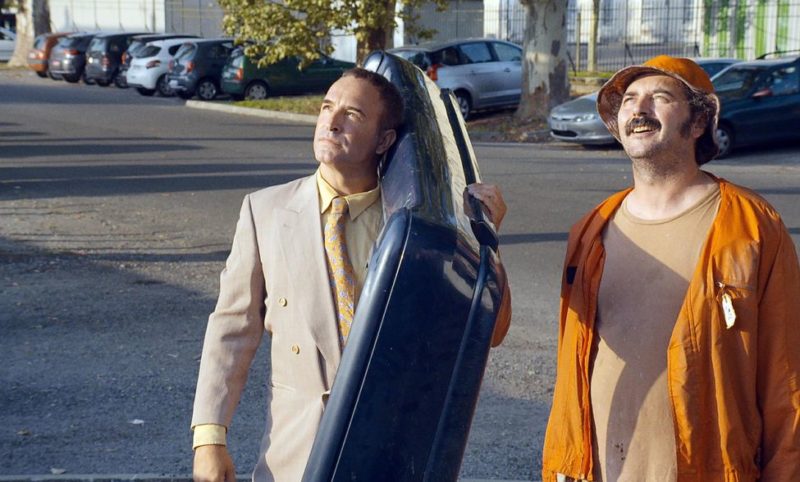 I Feel Good, directed by Gustave Kervern and Benoit Delépine, wants to be a comedic story of sibling discord and reconciliation across the political divide. What it gives us instead is a failed entrepreneurial con-man brother gone to stay with his estranged sister at the commune she runs. He’s full of vague capitalist notions of self improvement and get-rich schemes founded on a plastic surgery ring in Bulgaria; she’s a half-witted altruist somehow single handedly managing a mid-sized non-profit for the homeless, yet with an unexplained trust in her scheming sibling and an equally mysterious adulation of their dead communist father.

The desperate farces that ensue produce a painfully didactic take on “modern” France, if we take modern to include a sister with some mighty conspicuous (for a white 2018 Leftie) dreads, not to mention the truly unforgivable accordion theme. Idiotically twee and sexless, lacking the joys of either subtlety, laughter, or meaningful political critique, this is a film whose idea of irony is a former fat kid turned cake company CEO, post-plastic surgery, of course. Prepare yourself for a series of sickly speeches on inner love, a surprise gross-out episode and a tacked-on music video, the only moment in this comedy where my lips parted in a rictus smile. Cue that infernal accordion. (Nora Rosenthal) 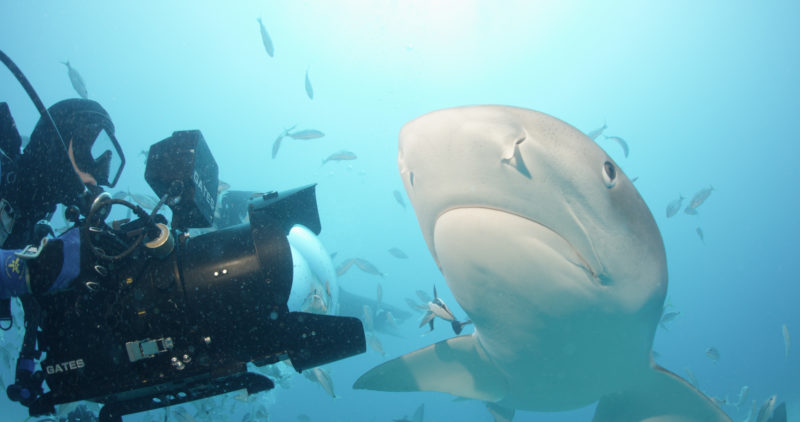 Documentary filmmaker and conservationist Rob Stewart was working on Sharkwater Extinction when he drowned off the coast of Florida in 2017. Though the final product is credited to him, it functions mostly as a eulogy and last hurrah. Clocking in at a slight 70-some minutes, it’s clear that Sharkwater Extinction is something of an unfinished work, but it’s also a worthy cap to Stewart’s career.

Rob Stewart was a shark nerd; he loved sharks more than anything in the world, it seems, and dedicated his entire life to their preservation. Sharkwater Extinction focuses mostly on proving a statistic wherein Stewart believes that the “official” number of sharks killed every year (somewhere in the vicinity of 80 million) is actually about half of the real amount. He and his team travel around the world specifically to observe how fishermen trap sharks and butcher them for their meat.

Not everyone will share in Stewart’s enthusiasm and love for the sharks. It’s sometimes hard to be on his side when he describes them as cute and fluffy. But it’s also clear that some fucked up shit is happening out there. The film’s points are certainly tempered by its tragic and unexpected ending, but as activist docs go, Sharkwater Extinction does a pretty good job. (Alex Rose)

Sharkwater Extinction screens at at Cinéma Impérial on Thursday, Oct 4, 7 p.m. It is set for release on Oct 19. 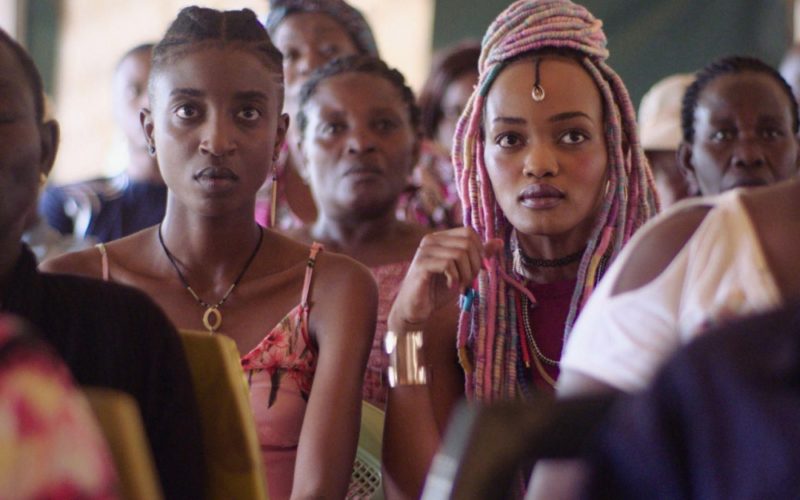 Sometimes, all a movie has to do is be the first. Rafiki is controversial in its home country of Kenya as it depicts a lesbian relationship, which remains a criminal offense in that country. The film was banned, then unbanned briefly for Oscar consideration. That controversy gives Rafiki a whole lot of baggage that a film this otherwise slight doesn’t deserve. A bright, colorful love story between athletic “one-of-the-guys” Kena (Samantha Mugatsia) and the more traditional feminine Ziki (Sheila Munyiva), Rafiki is severely hampered by after-school-special plotting and stiff, unconvincing performances by nearly everyone but the leads.

Their love story is tender and well-observed, with beautiful neon-saturated cinematography; everything else is full of one-dimensional, didactic supporting characters. The central love story is so natural and beautiful that the whiplash from its corny, Watatatow-level moralizing is very hard to get over. It seems kind of disingenuous to fault a movie that’s clearly important to so many people for using so many shortcuts, but the hope is that one day those shortcuts won’t be necessary at all. (AR) 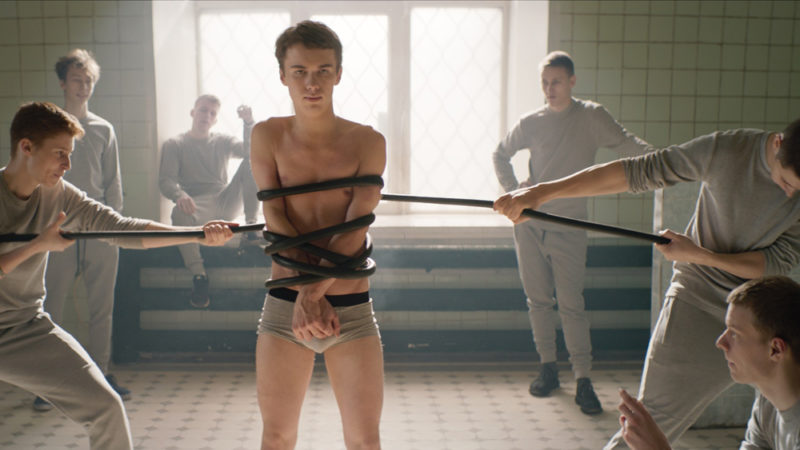 At the beginning of Jumpman, an infant is dropped off in a baby hatch as the snow starts to fall. A nurse takes the baby inside as teen boys try to guess the child’s gender. The baby hatch is a very real thing in Russia, a place where mothers can drop off their young babies without judgment. Many of the children are born out of wedlock or into impoverished families. The little hatch baby of Jumpman is Denis, a teen who suffers from heart disease and doesn’t experience pain normally. Near the front end of the film, he escapes from this little orphanage to join his mother and become the bottom rung of an elaborate fraud scheme.

As the title implies, Denis is the “Jumpman.” He jumps in front of luxury cars and then receives a settlement in a sham court case. The conspiracy goes deep and members of the police force, the hospital and even the judiciary participate in the scam, all profiting from Denis’ unique skill. Blending harsh realism with a highly saturated dreamworld, Jumpman represents a “used or be used” system with a misanthropic and detached lens. The rich are opportunists but the poor are not much better. Tragedy and humiliation compounds, making for an increasingly unhappy experience, which is more alienating than it is engrossing. While at its best the film is rife with compelling images, it often feels very surface-level, glossy and shiny, without much to hold onto. (JS)