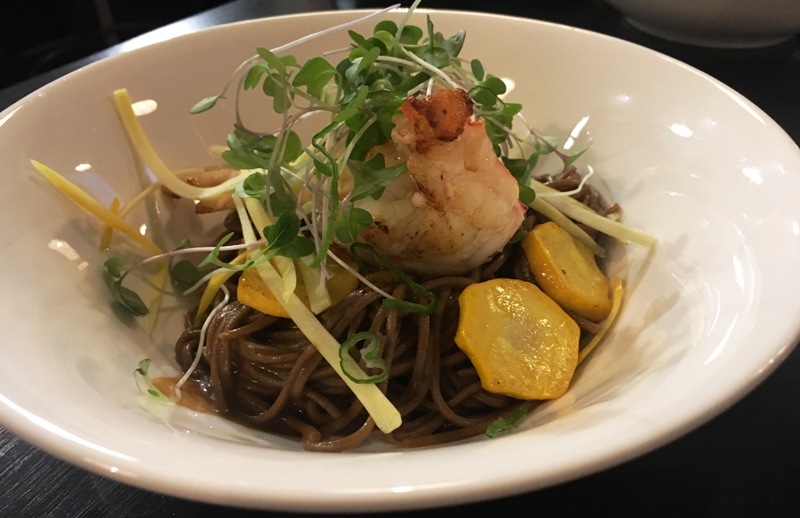 Say a friend comes back from a trip abroad, the last day of a rare visiting exhibit, or some calming weekend getaway to a bucolic setting. How was it? you ask. Oh, they say, you had to be there. Immediately, it’s true. You had to be there, and without personally soaking in the experience alongside them, it’s as though words will invariably fail.

It’s often like this with restaurants, especially with ones that flip their menus too often to allow diners to hone in on a story. As opposed to eateries that make that one dish, the ace up the sleeve that can be collectively raved about, there are restaurants that often evade being captured adequately through their cooking. Rosemont-La Petite-Patrie’s Bistro Rosie from chef Jérémy Daniel-Six and Sophie Duchastel de Montrouge is one of those addresses, best sought when craving the unusual without any overbearing novelty. 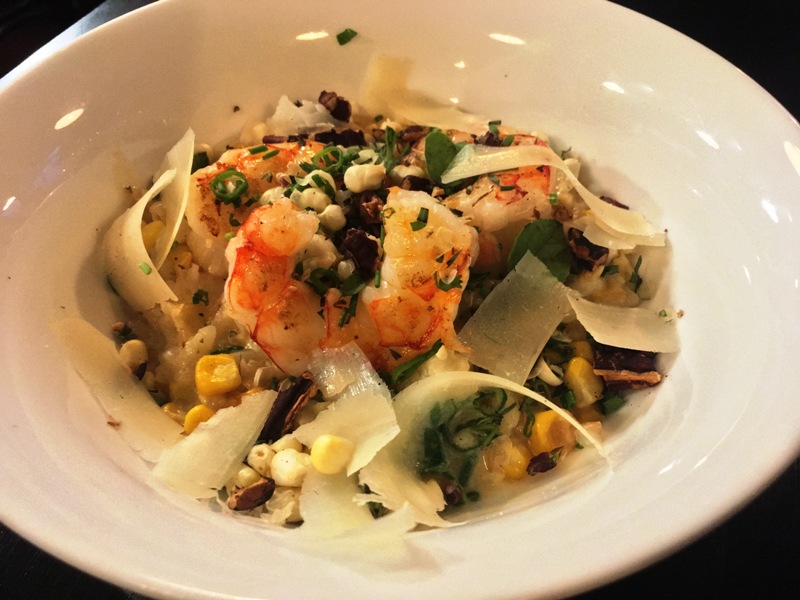 At face value, the 30-seater isn’t all that unusual. It has, however, been the first to take on a no-tipping policy. The public received it with some scrutiny, thinking that it suggests employees wouldn’t be paid enough to compensate the efforts of exhausting services, but after a short series of online statements by the restaurant, that minor controversy faded as quickly as it had started. Now, when you’re seated at your table, it comes down to the server merely mentioning that that’s the structure, and you can just focus on enjoying the experience.

Then it begins to get curious, intriguing. Above the open kitchen runs a long, horizontal blackboard that bears the night’s dishes organized into appetizers, entrées and desserts. Pricing is narrowed down to the choice of two ($40), three ($55) or four services ($60), and the server explains that the dishes can come in any order you like. Want to start with dessert? No problem.

There’s only two clues to the food. The first is that your options come as listed series of ingredients for each plate. The other is that this menu’s representative of a breakaway for Daniel-Six, applying a history in French technique to Asian ingredients. You could grill the server as to the execution and appearance of a given dish, but where’s the fun in that? You have to be there. 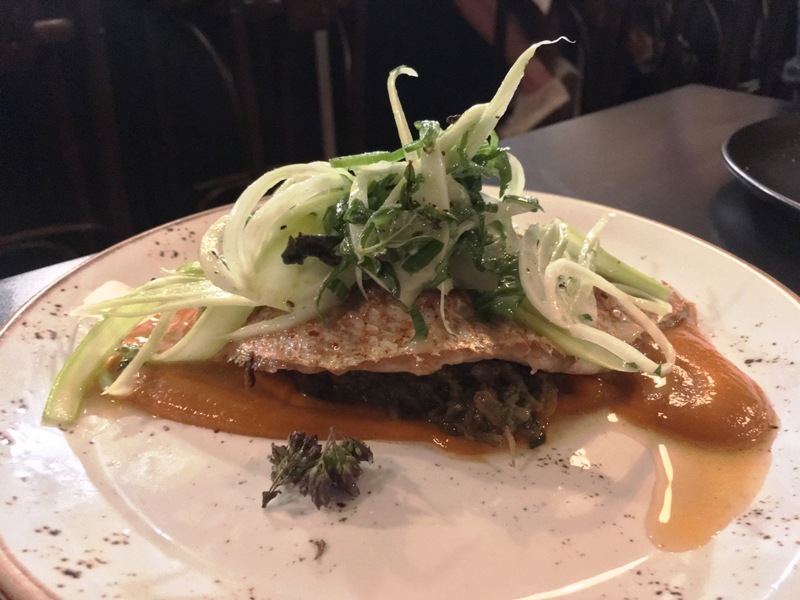 I opted for a three-course meal, allowing for a selection from each section. The first to come is an opening act of soba cooked in bisque and mounded in a shallow dish, dressed in slices of blanched, earthy fruit of squash, and topped with a curling lobster tail. Lightly buttered, it’s easy on the salt and derives flavour from the composite ingredients in lieu of a heavy sauce or seasoning. It’s followed by rice, corn, shrimp, thick Parmesan shavings and deviled pecans. A richer take on shrimp and grits that’s sweetened by fresh kernels, it’s the most grounding dish of the night for its combination of familiar and adaptive qualities. Like that friend returning from abroad, they’re the same person, but undeniably changed by new experiences.

For the first main course, a fillet of red snapper with crispy skin is served on an eggplant-galanga sauce and topped with strips of fennel like tousled hair. Like the crustaceous soba dish, the taste here is more down to earth, with the sauce lending slight and quiet citrus to its Southeast Asian tuber. It’s joined by a gamey cut of short rib beef laid on a sharp but sweet blend of prunes and tamarind that’s a more punk rock take on the dressings of a French countryside meal. Carefully assembled on top sit small-scale trimmed carrots, lightly cooked and as is. That last dish settles it: It’s an unexpectedly dark and heavy dish, but by no means a loss. 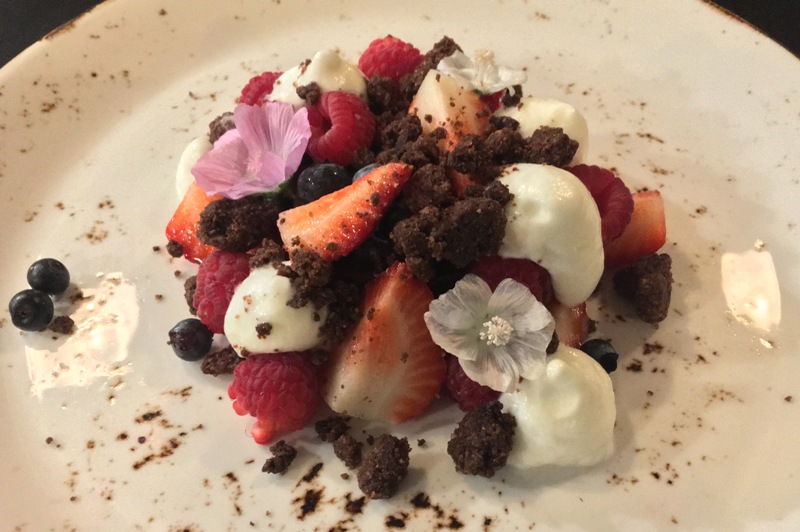 Then comes dessert, starting with a deconstructed take on the traditional English dessert of Eton mess, opting for peaches instead of strawberries, smashed meringue and whipped cream. It’s a sudden saccharine exclamation mark in comparison to what came before, and it crackles in your mouth. Lastly is a crumbled chocolate ganache served with mixed berries made more tart by the pointillism of dabs of sheep yogurt. Spoonfuls are small landslides, tumbling about until coalescing into the main objective of being both tart and rich. It’s a classic finish to the night.

By now, the wine list and menu have undoubtedly turned heels and switched over. You had to be there, but then again, your next trip to revisit this locale can feel recognizable, all the while offering up entirely new experiences. Safe travels. ■