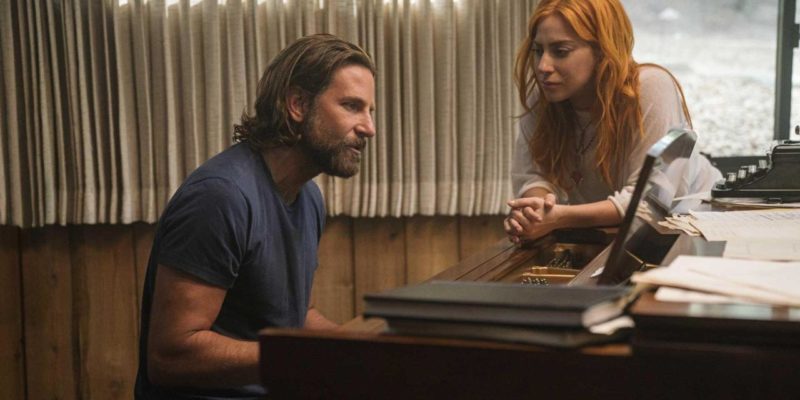 Bradley Cooper and Lady Gaga in A Star Is Born

Pretty much all Hollywood actors want to direct. They may say they haven’t thought about it, but let’s be serious — we’ve all thought we could do our job’s boss better than they can at some point, and it’s disingenuous to assume that people who spend their lives being told they’re better and more attractive than most wouldn’t have that same impulse. Consequently, the actor-turned-director move generally goes one of two ways: the actor either directs something prestige-y that doesn’t star them at all, or they make a vehicle for themselves. The latter has often backfired spectacularly, due mostly to a chronic lack of humility on the star’s part.

That Bradley Cooper chose A Star Is Born — a Hollywood story so ingrained and on-the-nose that it’s practically become the default life story for people who may never have even heard of it — as his directorial debut should be cause for concern. Cooper plays Jackson Maine, a phenomenally popular rock star (although his music actually straddles the line between modern country and ’70s Southern-rock choogle) who has spent his entire fame keeping the demons at bay with drugs, alcohol and self-destruction. It’s mostly daddy issues that seem to have his mind in shambles; he takes it out on his much-older brother (Sam Elliott), who acts as his tour manager, wipes the puke off the cowboy boots and tucks him into bed every night. All of Jackson Maine’s identity is tied up in fame, but artistic expression has long since taken a back seat to self-loathing and blind destruction.

If you remove the rest of the movie (we’ll get to it in a second), it’s not hard to see why Cooper would find Jackson Maine appealing. He’s the greasy-haired, sunburned ideal of the popular artist gone to seed, the worst-case scenario that someone of Cooper’s stature could be afraid of turning into at any moment. He’s a tragic hero and relatable – or at least, relatable to the person making the movie. Of course, A Star Is Born is not solely about a guy whose daily routine involves a bottle of Jim Beam and puking into a bass cabinet.

It really gets cooking one evening when Maine, restless after yet another intense-yet-dispassionate stage outing, stumbles into a Los Angeles drag bar for a drink. There, he witnesses Ally (Lady Gaga) belting out “La vie en rose” on stage. Maine is immediately taken with her despite her own assertions that she’s nothing special. She still lives with her limo-driver father (Andrew Dice Clay) and pays the bills with catering jobs; for a guy of Jackson Maine’s stature to stumble into her life seems like a miscalculation at best. But after a long night spent telling each other secrets, tending to Ally’s hand after she slugs an off-duty cop in an afterhours bar and writing songs in a grocery store parking lot, Jackson and Ally fall in love, which is just about the best and worst thing that could happen to a guy like Jackson Maine.

It’s pointless to even point out that A Star Is Born is cheesy. Of course, it’s cheesy. It’s essentially the foundational text of all showbiz melodramas — it’s a movie you’ve seen, even if you haven’t. That’s precisely why it’s so interesting to see what Cooper has done with it, which simultaneously proves to be a lot and not much at all. A Star Is Born is fairly close, textually, to the films that preceded it. Obviously, it’s modernized — there was no full-frontal nudity in the Judy Garland version, or at least not to my knowledge — and obviously its broadest strokes remain broad. Cooper’s advantage is in the texture he brings to the film, an immediate, down-to-the-ground approach that recalls the great concert documentaries rather than glitz and glamour. In fact, I was more reminded of Mark Rydell’s The Rose than anything, which is also because Cooper seems to understand that it’s not just his show.

The role of Ally is a particularly tough one to cast; the actress needs to be both phenomenally talented yet believably anonymous so that when Jackson Maine plucks her out of obscurity, you actually believe in that obscurity. Casting one of the world’s most famous and extravagant popstars doesn’t really gel with that idea, especially when you clue in somewhere down the line that Ally is supposed to be at least 10 years younger than Gaga. For her to go up there and do the thing she’s done thousands of times and make it look like the first time is certainly something. Beyond that (which you could admittedly qualify as the very basest level of “acting” as a concept), though, Gaga proves to be an engaging and grounded performer in a way that her previous acting outings (in significantly campier projects) didn’t suggest. She manages to shake off the larger-than-life persona… though apparently not enough to go and be credited with her real name!

Most of A Star Is Born’s big cathartic moments happen on-stage; for a bombastically outsized melodrama, its personal dramas are surprisingly intimate and small. Though I can’t say that I’m the kind of person who listens to the virulently catchy, radio-friendly folk-pop that the film trades in, the musical sequences are as effective as they could possibly get. At the risk of tapping into something that I’m sure everyone else will bring up in their reviews, A Star Is Born works precisely because it’s a movie about pop music pitched at the cadence and intensity of a pop song.

It’s not perfect, certainly; it’s pretty long and gets flabby in the middle, beginning with a sequence in which Maine visits an old friend and possible AA sponsor played by Dave Chappelle that seemingly goes on forever and serves only to sow the seeds of Jackson Maine’s alcoholic discontent. The ending (which I won’t spoil, but has been more or less the same since 1937) is nearly pitch-perfect, only to have Cooper tack on nearly 15 minutes of extra shit afterwards —  though I’ll cop to being the guy that always wants an abrupt and unsatisfying ending, no matter the context.

A Star Is Born also seems to posit that writing Zac Brown Band-type songs with banal lyrics about missing a girl and being disappointed is somehow more artistically noble than writing electro-bangers about sexting; I would argue that neither is particularly artistically noble or reprehensible in the larger sense. For all of its merits, Bradley Cooper’s version of A Star Is Born is still under the illusion that it’s a story about how much it sucks when people start paying attention to your girlfriend. Even if Cooper seems to understand that that’s a wack-ass way to feel, it remains the text of A Star Is Born — no matter how good Gaga is in it. ■

A Star Is Born opens in theatres on Friday, Oct. 5. Watch the trailer here: