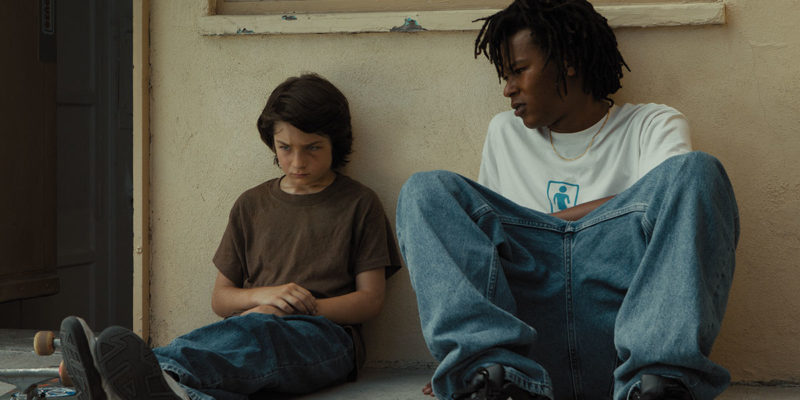 I have been in Toronto for four days, which is traditionally the point at which it becomes very hard to parse reality. I’m not sure what movies I’ve seen, what day it is, where I have to be or what I have to do later. I think there’s probably an interesting study to be done on the brains of people who just decide to mainline movies and shit out hot takes for days at a time.

I will say that my batting average is higher this year than it has been in the past; I’ve seen less movies that I would deem a waste of time, but I’ve also taken less chances than usual. The general consensus seems to be that the slate is one of the best in a while, however; perhaps the festival’s attempt to focus a little has actually paid off.

Jonah Hill makes his directorial debut with Mid90s, a slack but effective look at the bonds that form between teenage skaters in (what else) the mid-90s. The early trailer hinted at some sort of Larry Clark-adjacent gritted-up afterschool special, but Hill’s movie is a more humane (and much funnier) film than I expected, existing somewhere between the loosest of Richard Linklater’s hang-out movies, Sean Baker’s more recent work and even Superbad.

Stevie (Sunny Suljic from The Killing of a Sacred Deer) lives with his single mother (Katherine Waterston) and perpetually-angry, pent-up bully of an older brother (Lucas Hedges) in Los Angeles. Stevie is fascinated with the kids that hang out at a local skate shop; drawn in by their friendship but terrified of the pecking order and razzing that inevitably comes with being a little kid in a big kid world, he begins showing up at the shop and hanging out. The others tolerate him despite his complete lack of skateboarding skills and his genteel dorkiness, and Stevie slowly but surely finds a tribe – even if it’s one he doesn’t realize isn’t held together by much at all.

Unfolding mostly as a series of loose tableaus, Mid90s also takes on the form of a skating video from the period, completely with high-profile soundtrack. It’s a lot of sitting around talking shit, trying to land tricks, wiping out, causing a scene (taking on a hapless security guard played by Jerrod Carmichael in one particularly hilarious scene), getting in trouble, getting fucked up and so on. It’s slight even for this type of hang-out movie, and a third-act turn into some more dramatic shit feels mildly unearned, but Mid90s is often flat-out hilarious while also remaining completely and blissfully unsentimental. It’s also very evocative of not only a time and place but also of a particular feeling of not just wanting but needing to fit in that should be familiar to pretty much anyone.

Mid90s is set for release on October 19. 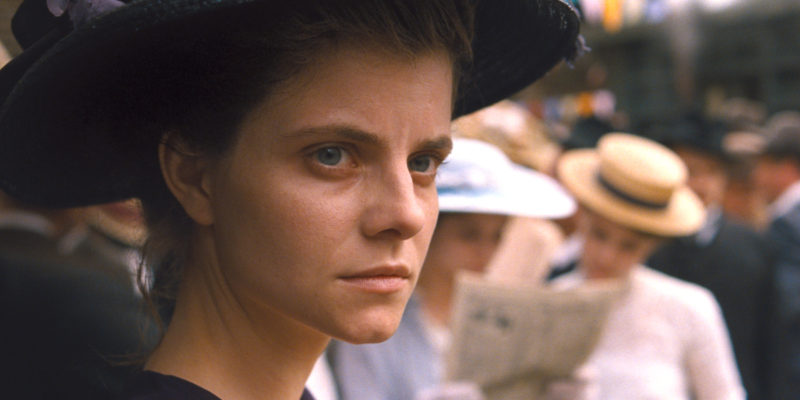 Laszlo Nemes’ follow-up to his Oscar-winning Son of Saul pushes his rigourous style even further into something truly beguiling. Set in Hungary at the cusp of WWI, it tells the story of a young woman Irisz (Juli Jakab) who returns to her hometown after spending most of her life away. The daughter of prominent hatmakers who were killed in mysterious circumstances, she wants to begin work at the prestigious store that was once owned by her parents. Irisz is out of the loop, but she remains out of the loop for much of the film as she attempts to manoeuver a world that seems poised to unravel at any moment.

It’s difficult to really sum up Sunset because Nemes is absolutely allergic to exposition. Keeping his camera on Jakab at all times (much of the film is spent with the camera tailing her), he never strays from her perspective and absolutely never pauses to explain anything. The viewer is kept in the dark for nearly the whole film, and Nemes essentially offers you no lifejacket: you’re in or you’re out.

Nemes’ style is extremely immersive and daring; he’s essentially made an epic and placed us at the furthest edge of the sidelines. It’s a movie where huge crowd scenes of period extras are deployed, only to be relegated to the furthest edge of the screen, obscured by the lead’s bonnet and pointedly shot out-of-focus. It’s a divisive style and I’ll be the first to cop to the fact that Sunset is a difficult and deliberately unrewarding first watch, but I haven’t really stopped thinking about it since I saw it. It’s disturbing and thorny and difficult and unsatisfying it’s also totally clear to me that Nemes is well on his way to becoming one of the major talents in world cinema.

Sunset is set for a Montreal release in 2019.