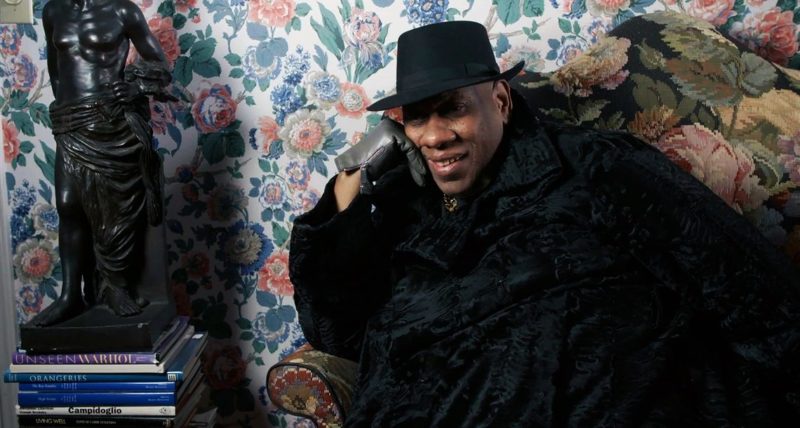 Even if you’ve never picked up an issue of Vogue, chances are you’re familiar with the larger than life personality of André Leon Talley. A fashion icon on the scale of Anna Wintour and Iris Apfel, Talley is tall, imposing, stylish and eccentric, an unmistakable presence on the style scene. As Vogue’s longtime editor-at-large, he has redefined and recontextualized fashion for a new era. In a new documentary by Kate Novack, we get a peek behind the curtain and are given insight into the multi-layered and multi-talented world of André Leon Talley.

There is something a little magical about a great fashion documentary. Whether as a guilty pleasure or as a temporary life-boost, fashion — above all other arts — is something that truly has to be lived. As Talley says in the film, paraphrasing Voltaire, style is about cultivating your garden and cultivating your own personal universe. It’s a beautiful sentiment. Drawn into the best films about fashion icons, like Talley or Diana Vreeland or Iris Apfel, this documentary draws us into a magical and beautiful world. Their clothing, their lives and their passions are built to pay homage to love, life and beauty. Talley talks about the importance of seeing the world with the same wonderment as a child looking through a kaleidoscope, and his enthusiasm for beauty and magic is palpable.

Raised by his grandmother in the segregated American South, Talley was always a little different. Still in touch with some of his childhood friends, they discuss his larger-than-life personality and his grandmother’s imposing presence in their neighbourhood. As Talley grew up, he went to an Ivy League school to study French and eventually found himself working at the Met’s Costume Institute alongside Diana Vreeland, the legendary editor of Harper’s Bazaar and Vogue. He would go on to work at Interview magazine with Andy Warhol, and eventually start working at Vogue.

The Gospel According to André is a documentary about a personality and there are few public figures as intelligent and as eccentric as André Leon Talley. Incredibly self-aware, he serves as a great storyteller of his own life, while also drawing out the best moments from his friends, family and colleagues. As a portrait of a man, there are few characters more suited to the all-star treatment.

Where the movie falters is in the framing, though it is difficult to hold it against the filmmakers who were likely at the mercy of scheduling. Shot in 2016 leading up to and after the election of Donald Trump, a section of the film is devoted to the anxiety-heavy face-off between Trump and Clinton. Given the circumstances and how it dominated the news and psyches of Americans, how could it not also leak into the film? Unfortunately, it doesn’t seem to contribute much overall. It could just be an issue of oversaturation in general, but it feels like a shallow injection that doesn’t really offer any new insights.

That being said, one of the reasons why this documentary does work well is that it contextualizes fashion in conversation with society and politics. In many ways, André Leon Talley breaks down all popular assumptions about the industry and does it with charm, humour and intelligence. Quotable, inspiring and challenging, this might not be the very best fashion documentary, but it’s certainly in the upper echelon. ■

The Gospel According to André opens in theatres on Friday, Aug. 17. Watch the trailer here: