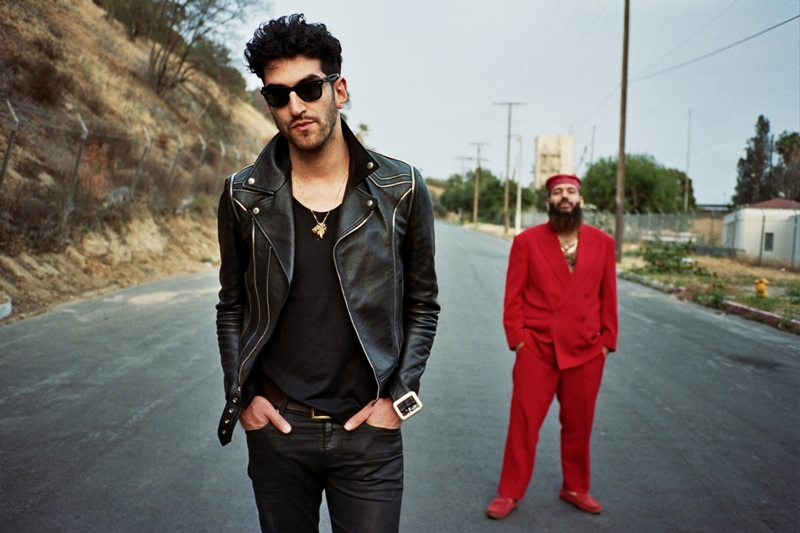 On a sunny St-Jean Baptiste weekend, I sit on the phone with Chromeo’s Patrick “P-Thugg” Gemayel, pondering why the group has never experienced a consistent fanbase in their hometown of Montreal. For an artist who has generally been known as more of the silent type, Gemayel has plenty to say.

“It’s hard to really calculate those things.”, he explains. Even when their single “Jealous (I Ain’t With It)” became a bona fide hit in 2014, Montreal was a market with surprisingly weak airplay.

“We’d like to come back to Montreal more and have more presence. But it’s such a different market. I’m not separatist at all. I do see that it is a different culture (in Quebec). I feel it when I’m in the rest of Canada — it feels like another country.”

After a four-year absence from local stages, the duo is returning to Montreal for a set at Osheaga, where they’ll unleash songs from their latest album, Head Over Heels.

Gemayel describes the album as “experimental, but trying to balance it out with a classic Chromeo sound.” Indeed, the duo continue their trek into pop territories, while making sure to keep the funk afloat at all times.

“Our lyrics have always been a bit smart-ass, a bit intellectual, a lot of puns, a lot of funny, complex words. We wanted to see what it was to have sort of simpler, more direct content.”

Singles like “Juice” and the DRAM-assisted “Must’ve Been” are true testaments to this approach. Though following up “Jealous” with a single just as big was never their intent, a conscious effort to make their music more accessible is certainly in play.

Also noticeably different this time around is an influx of collaborators, not to mention further inclusion of P-Thugg’s talkbox-infused vocal stylings. Gemayel attributes this change as key values brought forth by the genre that raised them.

“For us, that’s the lineage of funk music. It’s including the OGs in our conversation and bridging the gap between the OGs and the new funksters. To us, DRAM is a mix of George Clinton and Ghostface. Amber Mark is funky as hell.”

But perhaps the greatest feature on the album comes from R&B royalty, The-Dream, who Thugg describes as “Prince of the 2000s, if he was a rapper.” The esteemed songwriter comes through for a fourth-quarter assist on “Bedroom Calling, Pt. 2,” one of the final tracks on Head Over Heels.

It is clear that the artists bring out the best in each other, with The-Dream sounding more groovy than he ever has. For an artist who made a name for himself crafting hits for Beyoncé and Rihanna over a decade ago, his pen game remains just as sharp.

“He wrote that shit in like, 10 to 15 minutes, which is borderline freestyling, borderline writing. He totally came up with it line after line.”

Chromeo hope to hit the studio once again as soon as they wrap their current tour. Among one of many projects they have in mind: an EP with The-Dream.

“Hopefully we can start doing that and working on new Chromeo very soon. Hopefully by early next year we have new music. We’re on tour until the fall, and then we start working again.” ■