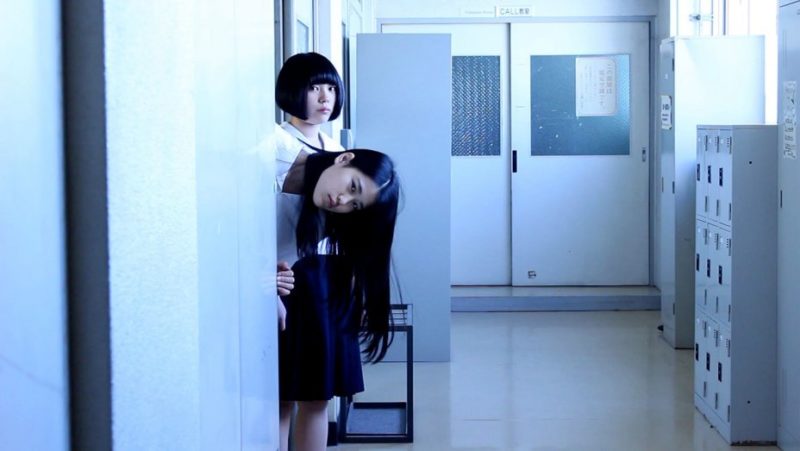 Officially, the youngest person ever to direct a feature film was seven years old, but realistically, there are few people who have made features before their 20s. Yoko Yamanaka was 19 years old when she directed Amiko — and it shows. Not in an incompetent way, mind you, but in a more intangible way. Amiko is the rare film about teenagers to be made by someone who could still be considered one, and it bubbles over with that kind of energy. Reminiscent of early French New Wave films, its earthy and unpretentious style works well with the material.

Solitary Japanese schoolgirl Amiko (Yukino Abe) develops an all-encompassing crush on Aomi, a pretty boy soccer player from school who is extremely popular with the ladies, but has never really given Amiko the time of day — until they spend one evening walking around and sharing what Amiko believes to be their innermost feelings. (They’re certainly hers.) Amiko never has the nerve to speak to Aomi again, but she continues to pine heavily for him until she learns that he has quit school and moved to the city with his new girlfriend (a fellow student), which sends her into the kind of emotional tailspin only available to teenagers that have yet to handle any feeling besides angst and boredom.

Although their ages are very close, Yamanaka doesn’t think Amiko is her on-screen doppleganger. “There’s a part of me that’s like Amiko, but at the same time, there’s a part that isn’t,” she says. “It’s not entirely me. I’m much better adapted than Amiko. If I was like Amiko, it would be hard for me to live in society — I’d be an outsider. I brought out the Amiko in me to make this, which I can see with a little bit more removal now that the film is made.”

In some small way, the film breaks the rules without necessarily feeling experimental or particularly, egregiously “weird.” As it turns out, the French New Wave comparisons (which come up particularly in a scene seemingly lifted from Bande à part where the characters run through a public space and eventually start dancing) are something that has come up a lot as Yamanaka tours the film in festivals. “I do like it!” she explains. “I’m a big fan of Godard’s Weekend, but the homage is unconscious. It wasn’t calculated, and when I watch the film now I do think it’s a strange movie, but a pretty well-calibrated one. It still takes me by surprise! As far as breaking the rules goes, I think it comes from the fact that I have no interest in doing something that someone else has already done before. In fact, the dance scene was an homage to Simple Men by Hal Hartley — a movie in which he was paying homage to Godard! So my film is an homage to an homage!”

Ultimately, however, Amiko is the product of an absolute freedom. “There was no one telling me what to do,” says Yamanaka. “Even school didn’t tell me what to do. We did what we could with what we had — sometimes I even held the camera. But, in fact, everyone just pitched in and did what they could when they could. There was absolutely no outside influence!” ■