Gaston Lagaffe (a walked-off-the-page Theo Fernandez) works as a messenger at Au PetitCoin, an online sales start-up selling repurposed defective items. The term “works,” however, might be debatable since Gaston spends more time inventing gadgets, taking care of animals and generally slacking off than putting in any work.

When his manager, Léon Prunelle (writer-director Pierre-François Martin-Laval), oversees the company’s sale to web retail king Mr. De Mesmaeker, our hero… just goes about his usual day. But a usual day for this loveable loafer is filled with cockamamie schemes and inventions, sabotaging the corporate transaction and garnering his boss’s great anger… how much longer can Gaston keep being employed at Au PetitCoin?

Transforming the original comic strip into a family-friendly office comedy is a good direction and Gaston’s knack for wacky inventions creates a couple of good visual gags. Despite all this, writer-director Martin-Laval struggles to transform the title character into a strong comedic lead, making Gaston Lagaffe feel like a collection of vignettes rather than a fuller story. Still, diehard fans will find every character from the strip being given comedic life by the cast, sometimes matching the charm they were given by André Franquin’s pen.

While it’s made with an obvious affection for the books, Gaston Lagaffe doesn’t quite make the transition from gag strip to 80-minute-plus movie, but it’s not a terrible blunder, either. (Yannick Belzil) 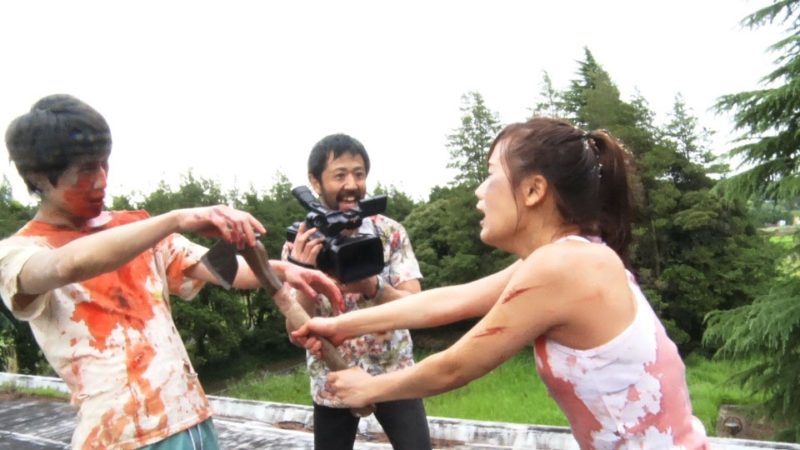 One Cut of the Dead

The premise is simple enough: it’s a zombie movie, but shot in one take. When a film team decides to shoot their zombie movie in an abandoned water plant, they couldn’t have dreamed that the place would be overrun by actual zombies. The first half-hour of One Cut of the Dead unfolds pleasantly enough, with a charming DIY feel that makes up for its lack of originality and extremely scrappy style. But then, after just half an hour, One Cut of the Dead ends. Surprise: what you just watched is actually a film-within-a-film-within-a-film, as the rest of the film follows the fraught production of a live, one-cut zombie special that “fast, cheap and average” director Higurashi (Takayuki Hamats) has been hired to direct for a burgeoning zombie TV channel.

Director Shinichiro Ueda gives us the final product first, then peels back the layers to explain how everything we saw came to be. His attention to detail is insane, with every possible flub, camera movement, prop mishap, botched line reading, casting choice and directing decision from the first part reflected in the second. What seems to begin life as a low-budget tribute to zombie movies becomes a very fun love letter to the let’s-put-on-a-show scrappy spirit of filmmaking. It’s surprisingly funny and well-observed, but above all it’s Ueda’s maniacal devotion to detail that makes One Cut of the Dead a delight. (Alex Rose)