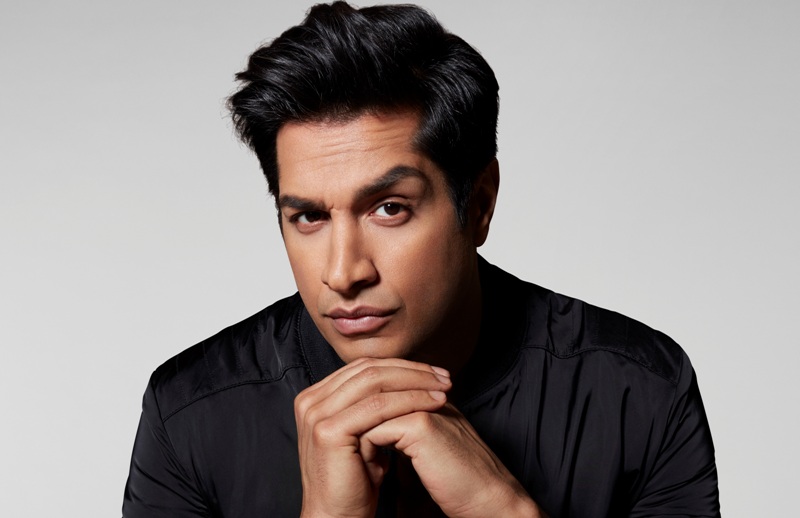 Much has been made about local comedian Sugar Sammy’s move to Paris to conquer their stand-up scene, but for accounting purposes, he’s really only gone six months less a day out of the year.

At 42, it could also be said he’s become the province’s youngest snowbird, since he conveniently misses out on the worst of our winters to yuck it up in the comparatively mild French capital.

He was back in town recently to play a few shows and promote his new digital downloads/DVDs for his long-running You’re Gonna Rire bilingual and En Français, SVP! shows. They were filmed in Montreal in 2016, over four years since his first bilingual show. And because we’re in the golden age of stand-up specials thanks to streaming services, you can also find them on Amazon, Google Play, YouTube and iTunes.

“I’ve had people tell me they’ve seen my show multiple times,” he says. “It’s made me think, ‘Wow, these people have the appetite to see it again.’ It feels great being able to release this in a way that you only have to buy it once.’”

If you’re one of the 372,000 or so ticket buyers who went to one of the 421 shows on his unprecedented run, then you know what his new special is all about. Comedy crowds in France, on the other hand, likely didn’t know what to expect when he moved there in 2016 and started gracing their stages. Considering how well he was able to tap into his hometown’s tricky linguistic divide without causing a riot, it’s perhaps not surprising that he’s been equally up to the challenge of cracking up Parisians without going overboard.

A touchy subject Sammy can drop in a Paris comedy club?

“Terrorism,” he says without much pause. “Even my opening line is, ‘I’m happy to be here in France, you’re my favourite Arab country.’ Just that establishes who I am. It’s fully loaded.”

So far, crowds have been receptive.

“I started out in comedy clubs testing out material. Then I did 100-seat theatres three times a week. Eventually that became 300-seaters and now it’s 600-seaters.”

A big help in getting his name out there in Paris’s competitive comedy circuit has been fans from back in his hometown. Every night in Paris he’ll get a local or two telling him that a Montreal friend or relative from back home tagged the show on their social media and they went out of curiosity. So even when Sammy’s an ocean away, Montreal is still factoring into everything he does.

In turn, Sammy is looking forward to returning home and reporting.

“I’ll definitely compare Quebecers and the French on stage,” he says. “Everything from how they eat, their points of view about us, their relationship to money, other countries, racial tensions, political tensions. It’s liberating for the audiences.”

Luckily, Parisians have made it easy for him to do anthropological research: there’s no shortage of cafés perfect for people watching.

“There’s a lot of time wasted in this country. When you pay attention in France that’s the conclusion you come to, that they waste a lot of time saying a lot of nothing with a lot of vocabulary,” he says.

If you haven’t heard it yet, there’s an excellent episode of NPR podcast This American Life where French comedy king and Montreal favourite Gad Elmaleh goes through growing pains in New York City as he tries to make a name for himself in America. Considering Elmaleh’s stature in the comedy world, one had to wonder if Sammy had a similar penthouse-to-outhouse experience going from the biggest fish in Montreal’s small comedy pond to being just another face in Paris’s mammoth scene.

Perhaps it’s his Côte-des-Neiges work ethic, but Sammy doesn’t seem all that preoccupied with starting back at zero in another city. In a sense, comedians start at zero every night.

“It’s not news that a comedian has to go through growing pains,” he says. “It’s strange to see it in documentaries sometimes, because everyone knows it. Comedians are supposed to, at every level when creating something new, really suffer for it to become good. It won’t be great on the first try. You’re always working on your craft and you’ll have nights where it doesn’t work. I go through it, everyone goes through it. It’s very suspicious when a comedian comes in with a full hour of new material and it kills on the first try.” ■

See Sugar Sammy’s comment about his recent win in the Best of MTL readers poll.