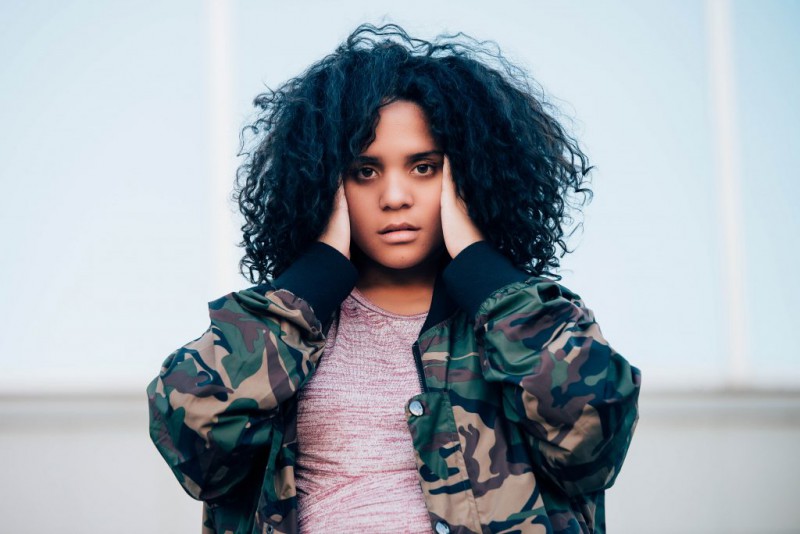 Her win could mark the turning point for women, especially coloured women, that don’t fit within the stereotypical music industry standards. This fiercely independent artist is not shy to state her opinions and does so with such genuine gusto and passion, you can’t help but be empowered by her work and words. Her love for diversity is saturated in her speech and project, calling all of us to arms for “war, with love.”

I had a chance to catch up with the singer ahead of her Montreal show this month with the New Constellations tour, featuring a line-up of indigenous and non-indigenous musicians and artists.

Mira Silvers: What was the inspiration for the art of the album cover?
Lido Pimienta: La Papessa [Italian] means “high priestess” — it’s a tarot card. The tarot card of la Papessa shows a young woman who has a headscarf and a book on her lap. She is sitting in her throne and she’s focusing on herself. What the card means to me is absolute focus and concentration and preparing for war, so that life doesn’t take you by surprise. When I was writing the album, there was complete turmoil in my life. When it came time to create the art for the record, I wanted to emulate the essence of la Papessa. When you see that record’s cover, even if you don’t know who I am, you don’t know my name, and you don’t know what La Papessa means, you still get a sense of feminine strength and a sense that you can’t fuck with this bitch right here — and that’s what I wanted.

MS: Why do you call the album “War, with love”?
LP: In my family, war is something that you have to do: to defend your family, dignity, name. The best way I know to go to war [with and for my community] is with love. And music and art is love. So that’s what I do. My show will elevate your spirit and that my music will make your soul feel lighter. That’s what you see at that moment when you see me on stage — it’s my battleground. And that’s why I keep saying, “I am going to war, with love.” I don’t want to kill my enemies, I want my enemies to love me and I want to learn to love them.

MS: What kind of experience would you like listeners, both who understand Spanish and don’t, to take from the album?
LP: I want the listeners to be empowered and to have fun. I make all this complicated music and there’s way too many layers, but I am not going to over-complicate it with the words as well. I like poetry — you can say so much with just three words. So that’s kind of what I do. But I know not everyone has the time [to learn a new language], but just know what I am saying is extremely positive and beautiful and funny as hell. Go to the show so you can get the full experience.

MS: Can you describe the challenges you faced in learning how to produce this album by yourself?
LP: Well it was a shit fest, I’m not going to lie. There were too many cooks, too many people. Trying to fit everyone’s fucking opinion and they’re all men and they all have their shitty ideas that you have to compromise to… [loud sigh of exasperation]. You fucking hate them, but you fucking love them so you make concessions. But that’s the thing when you involve other people.

MS: What does winning the Polaris mean for you?
LP: I dunno if it means anything to me. I think it means more to my family and my community. I am just so jaded and so hurt by the music industry — I am suspicious of it. It is a great recognition and I love that the recognition came with a fucking prize in money that I can actually use and share with my family. I honestly think that A Tribe Called Red should have gotten it — they have a better album and I am in their album three times. So for me, I am like “Oh yeah, let them have it!”

MS: Let’s talk about that, being fat. Why is there such hatred, harassment, and fat-shaming?
LP: Have you seen the video I directed for A Tribe Called Red for “The Light II?”

MS: Yeah, of course!
LP: There’s a few comments like “Why would A Tribe Called Red want to work with this fat bitch?” [laughs] And I am like, “Excuse me, have you not seen the members of A Tribe Called Red?! They’re three fat giants.” Like what the fuck?! It’s just backwards to me. They’re [A Tribe Called Red] the nicest guys and the sweetest and everything they do is great, but if they were three fat women, A Tribe Called Red wouldn’t be the success that they are. Who wants to see native fat women? I want to see that! Shit, I can’t wait! But it will take 20 years. When people say I’m fat or ugly, I’m like “meh, whatever.” It gets to me, but also I’m smart to understand that they lack vocabulary and there is nothing they can say about my music itself. It’s not a bad thing to be fat. The music that I do is not about my body or my appearance. I respect all the other women that can keep it up and are disciplined.

MS: I heard that you and other performers who said “Brown girls to the front!” at the Halifax Pop Explosion festival this year were heckled and later called out online for not being inclusive. Why is there a vehement backlash from individuals when a POC — especially an artist or musician — tries to create a space for marginalized groups?
LP: Because they think that’s the future and the future scares them. The future, which is going to be the safe space we are trying to create, is only going to get bigger. So they see it from miles away and they don’t want it because it excludes them. They feel threatened and scared and then they start throwing a hissy fit. There’s paranoia. Instead of embracing that the world is changing, they just want to be under this umbrella of keeping their race pure and they’re missing out and they’re violently taking away the beauty of diversity. Like they are telling me this Kate Giffin bitch, the photographer [and aforementioned heckler], that she is the white Rosa Parks of Canada. Like what?! Like are you on crack?!

MS: Can you tell us a little more about the new album, Miss Colombia?
LP: Like I always say, it’s a cynical love letter to my country that sounds like industrial reggaeton with a generous dose of brass. ■ 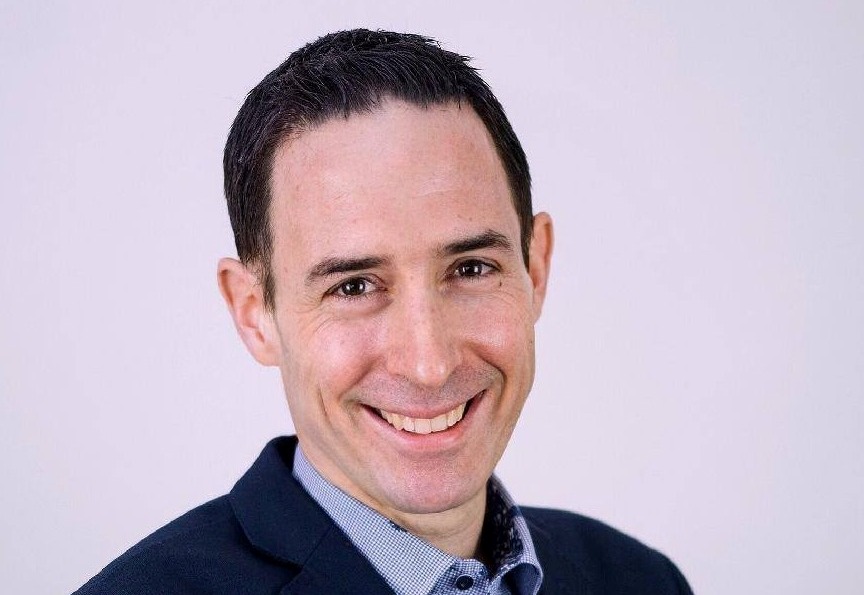 48,598 cases of COVID-19 have been reported across the province according to Santé Quebéc.