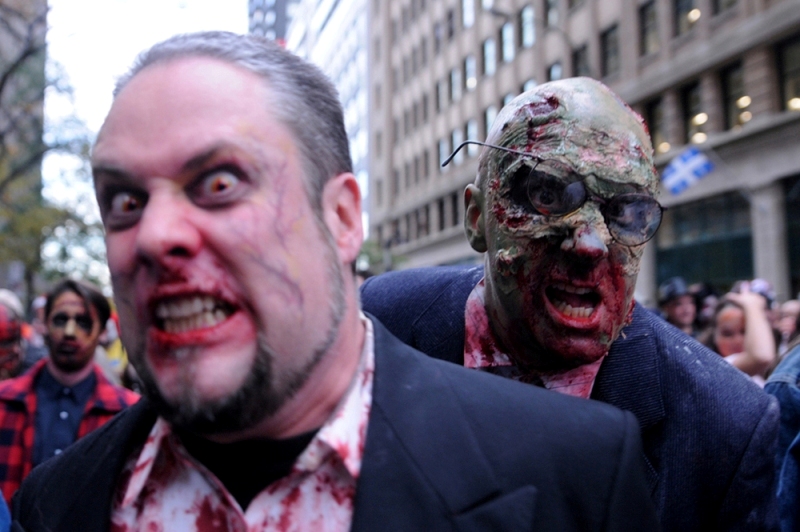 An estimated 10,000 people participated in this year’s edition of the Montreal Zombie Walk, a slow-moving parade of the DIY undead that’s become a staple of the Halloween season. This year a show with Montreal bands PUP, Chocolat and Duchess Says went down in the Quartier des Spectacles, allowing the rotting masses to rock out with their guts out.