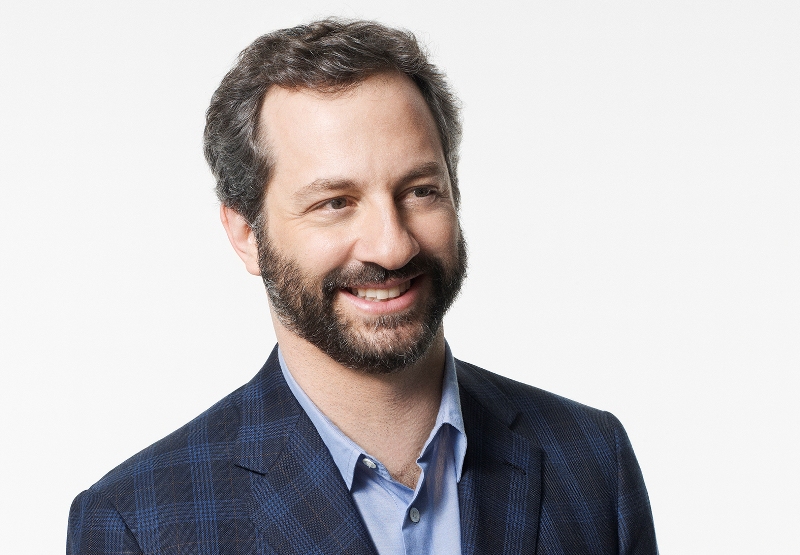 If there has been one defining voice in 21st century filmed comedy, it may well be Judd Apatow’s.

Apatow is certainly best known for his work behind the camera: as the writer/director behind huge comedy hits like The 40-Year-Old Virgin, Trainwreck and Knocked Up and as the man behind television series both cultish (Freaks and Geeks) and long-running (Girls). He hasn’t hung up that hat yet — he’s currently producing both Love on Netflix and Crashing on HBO as well the upcoming film The Big Sick, starring Kumail Nanjiani and Zoe Kazan — but he’s also returned to his first love: stand-up comedy.

A lifelong comedy nerd since before that term was even coined, Apatow started his career as a stand-up. Now he’s bringing his hour-long show to Just for Laughs, where it will be taped for a Netflix special — a full 25 years after his appearance on HBO’s Young Comedians Special in ‘92.

“It’s all I ever wanted to do,” says Apatow. “I didn’t think about doing anything but stand-up when I was a kid. It was my dream. I started doing it when I was 17 on Long Island, in 1985, and I did it for about seven or eight years very seriously. But I kept getting offered writing or producing work which was paying me much better (laughs). So I thought the universe was telling me that that was the direction I should go. I had a family, you know, and children, and it’s a hard thing to pursue when you have more important priorities. When we were doing Trainwreck, I got sort of inspired by watching Amy (Schumer) and I started doing stand-up at night while shooting that movie. I realized that it really is my true love. The first time, you know, I was 24 and I hadn’t really accomplished what I wanted to accomplish.”

But in spite of all those years off, Apatow remained drawn to the stage. “I saw Jerry Seinfeld the other night and he said — I’m paraphrasing — if you have to ask if you’re a comedian, you’re not,” he says. ‘It’s like being a murderer. You either are, or you’re not. If you’re a murderer, you’re probably going to murder someone (laughs). You’re not going to stop a comedian from performing.”

Montreal audiences may already have seen Apatow do stand-up as part of JFL last year, when he did an unscheduled set at one of the secret midnight shows, or back in 2008, when he hosted a show titled Apatow for Destruction. “I was writing some jokes for Adam (Sandler), since we were about to shoot Funny People,” he says of the 2008 show. “I was trying out some jokes that would work for his character, so I wasn’t really trying to write my own act. But it was definitely the beginning of me starting to do it again.”

Regular listeners of the WTF podcast will know that the sometimes cantankerous Marc Maron has been effusive with praise about his old friend’s return to stand-up — not something that has always come easily for Maron. “I appreciate that,” he says. “Because I have to say that the only time since I’ve started doing stand-up again about three years ago that I’ve locked up and had a weird set was when I was performing at the Comedy Cellar and Marc Maron was watching (laughs). For some reason, he’s the guy that you really want to say that your act is strong. You know that he’s very judgmental, but you know that he’s probably right (laughs). I have to say, getting people like Marc or Dave Attell saying they like my stuff has meant more to me than any review for any movie I’ve ever made.”

It remains that Apatow’s stand-up career is a lot to juggle for a man who already seems supernaturally busy. “I get to do it once or twice a week,” he says. “I feel like connecting with a crowd is just giving me more insight when I’m writing or directing or producing something. It’s great to be in direct contact with an audience. Having that conversation has only made me more insightful and creative. It’s only been helpful.

“A lot of it is an extension of what I talk about in the movies,” he says. “They’re mainly fictional but inspired by things that have happened to us or friends of ours. In stand-up, you can be more direct or completely truthful on-stage but you’re still taking a lot of creative… A lot of my act is about family and trying to not screw up my kids. I feel like I have a lot more stories — I turned 50 this year — so I have more interesting and horrifying things that I can tell people about.” ■