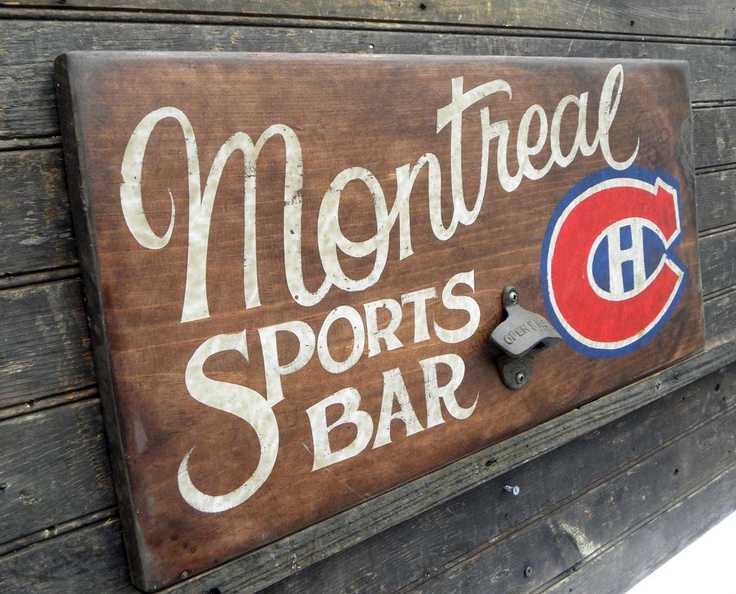 The wait is over. A year after a disastrous 2015-16, the Montreal Canadiens will make their return to the post-season against the New York Rangers this Wednesday, April 12.

A lot has changed since the last playoff run — a certain trade and the firing of Michel Therrien for a better recycled coach in Claude Julien being the most prominent developments. Love or hate, Montrealers have been watching, and are set to cheer the team on in even greater numbers in their quest for the Stanley Cup.

Many will choose to crowd around big screen TVs in packed bars in every part of the city, a cherished spring pastime. Your playoff game-plan begins with showing up early (or reserving a spot, if possible), as most bars screening the playoffs get packed up to an hour ahead of the game.

Whether you’re a fan of pints, pitchers or Carey Price’s save percentage (preferably all three), these Montreal bars will provide the rowdy atmosphere you’re looking for: 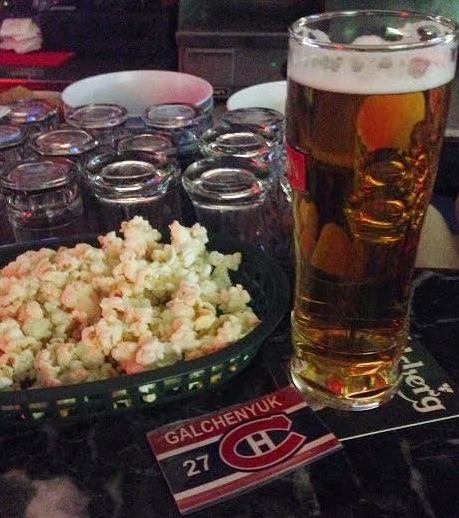 Downtown pubs within walking distance from the Bell Centre always have a great hockey vibe, and as they’re normally a pre-drink stop for ticket-holders, there will usually be room once the game begins. And whenever Montreal wins their series at home, you’re conveniently within minutes from a street party on Ste-Catherine. My go-tos for downtown playoff pubs are Brutopia (1219 Crescent) for their microbrew selection and three floors of space, Irish Embassy (1234 Bishop) for hockey atmosphere and specials, Ye Olde Orchard (1189 de la Montagne) for great food, drink and the occasional chit-chat with ticket goers and McLeans Pub (1210 Peel) for their hockey spirit.

If you’re down south, I would check out Burgundy Lion (2496 Notre-Dame W.) for the beer and great English pub food experience. Normally known as a hub for soccer followers (it’s home t the 1642MTL Impact fanbase), they’ve also shown a lot of Habs love. If you’re more of a brasserie than a pub person, Bar de Courcelle (4685 Notre-Dame W.) has been St-Henri’s hockey mainstay with their drink specials, post-game tunes and fun times.

Mont-Royal Avenue remains the most hopping hockey strip. Every bar on every block has good beer and good hockey viewing chances. Don’t miss a chance to have a hockey experience at la Taverne Normand (1550 Mont-Royal E.), where it gets almost as loud as the Bell Centre. Chez Baptiste Mont-Royal (1045 Mont-Royal E.) is another hockey-viewing go-to. Not too far off the Mont-Royal cluster is les Verres Stérilisés (800 Rachel E.), offering a taste of what it would have been like to watch hockey during the 1970s glory days.

I’m big on brasseries, that old-time beer-hall feel where you can bring a big group and order glass tall-boys. Bar Laurier (266 Laurier E.) packs up quickly during the playoffs, and it’s worth squeezing in for the beer selection and to hear the crowd go wild after every Habs goal. Plateau south has Brasserie Cherrier (3638 St-Denis) with plenty of space, TVs and pitchers. In Little Italy, Brasserie le Zotique (227 St-Zotique E.) is the rookie bar of the season and has impressed with its microbrew selection, fancy eats and TVs on the walls. Also in Little Italy is Bruno’s Sport Bar (313 Beaubien), more of a neighbourhood spot but a great experience. Packed every playoff hockey night, it’s a favourite to watch any sport.

Dive bars may be the underdogs during the playoffs but I’ve enjoyed many hockey games as well as cheap beer at some of the city’s best dives. You can always rely on Barfly (4062 St-Laurent), hockey decor and all — it may be tiny but they have a huge hockey heart. Bifteck (3702 St-Laurent) has been my emergency bar for hockey — they offer drink specials and will make room when it’s crowded. There have been some great hockey moments at Bar Prime Time (5008 Parc) and at Foufs (87 Ste-Catherine E.), winner of the cheap-beer game. Taverne Cobra (6584 St-Laurent) has a dive bar vibe but with awesome kitsch decor, a big pulldown screen and drink deals.

Here’s to a long and interesting playoff run. ■