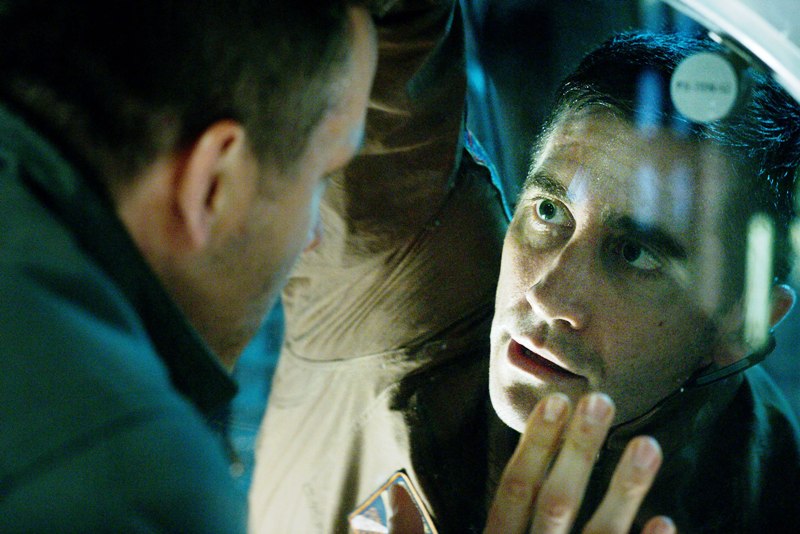 Let me start off by saying this: no movie about going into space is ever going to be about how things went swimmingly up there. The promotional material for Life is surprisingly restrained about what happens when its astronaut protagonists go to Mars, in a way that I can’t be — if I don’t talk at least a little bit about what the trailer doesn’t show you, there really isn’t much to talk about.

My fear was that Life would be yet another portentous epic about saving life on Earth and manipulating the space-time continuum and A-list movie stars staring at each other tearfully from each side of a porthole. Not so. The film that Life has the most in common with is probably Alien, or, more accurately, the work done by Roger Corman when trying to capitalize on Alien’s success.

Not that that’s a bad thing, necessarily. I happen to think that the B-grade Alien ripoffs (Galaxy of Terror, Forbidden World and its 1991, Bryan Cranston-starring remake Dead Space being three of the most prominent ones) are pretty fun. It’s a little worrisome to me that material that used to be tacked on to the bottom half of a drive-in program is now Memorial Day weekend blockbuster material, but Life’s casual lack of ambition is amongst its best qualities.

A team of astronauts is dispatched to a space station in order to gather a specimen that may contain the first living organism found outside of Earth. It’s a risky mission that puts the crew in peril before they even collect the specimen, but nothing can quite prepare them for what happens when they bring it onto the ship. Nicknamed Calvin, the organism (which sort of resembles a flat, translucent rice noodle at first) grows exponentially, then falls into a deep sleep. Alien organisms falling into a deep sleep, you may have guessed, is usually followed by them waking up less than happy, and the organism soon grows to become uncontrollable — and lethal.

A character piece this ain’t. You may have noticed that I named no characters in the above summary, because naming them is a truly futile gesture. They’re barely fleshed out beyond their names, as director Daniel Espinosa wastes very little time getting to the meat and potatoes of the thing. He even gets his wanky camerawork out of the way early on, shooting the opening sequence (which sees the astronaut played by Ryan Reynolds strap on a space suit and float outside the space station in order to get the pod containing the specimen to dock properly) in a dizzying, minutes-long Steadicam shot that weaves its way through the space station. It begins portentously but settles into a more workmanlike groove, drawing on the claustrophobic nature on the space station rather than the vast expanses of space to build tension.

It’s definitely the kind of movie where the actors are tasked with yelling mumbo-jumbo while they glide through zero-G flipping switches, but Life’s screenplay does simplify the science to a pretty crucial concept: this Martian thing is unpredictable and not particularly beholden to any human science. While it might be worth trying to light it on fire, it guarantees absolutely nothing.

This notion, coupled with the spartan character development, gives Life a singularity of focus that’s pretty hard to come by in blockbusters these days. Suffice to say that I don’t think I’m ruining anything when I say that there is no part of this movie where Gyllenhaal sees something so cosmically beautiful that he never learns to love again. Consequently, there isn’t a tremendous amount of enthusiasm in the performances — the actors are more furniture than anything, with even Reynolds finding his usual wisecracking charisma put to little use.

Life is one of those curious films that doesn’t take itself all that seriously but never deigns to crack a smile. It wears its (considerable) debt to other films on its sleeve, but doesn’t dare get meta-reflexive or show any self-awareness. That’s definitely something it shares with the aforementioned exploito Corman pictures, which wanted to be serious movies in their own right while also acknowledging that they’d never be confused for the real thing.

It’s not until its last few minutes that Life finally indulges in its true calling as a semi-trashy, gleefully nihilistic Twilight Zone-esque horror movie. It’d be a much different movie if it had done that from the beginning, though it wouldn’t be a huge holiday-weekend release, and it almost certainly wouldn’t have a cast of A-list movie stars. Short of getting all Chicken Little about the creative bankruptcy of Hollywood, I’ll say this: it’s weird that a movie of this ilk graduated from drive-ins and Cinemax screens to wraparound ads on every single website I’ve visited in the past three days, but it’s also kind of cool. ■