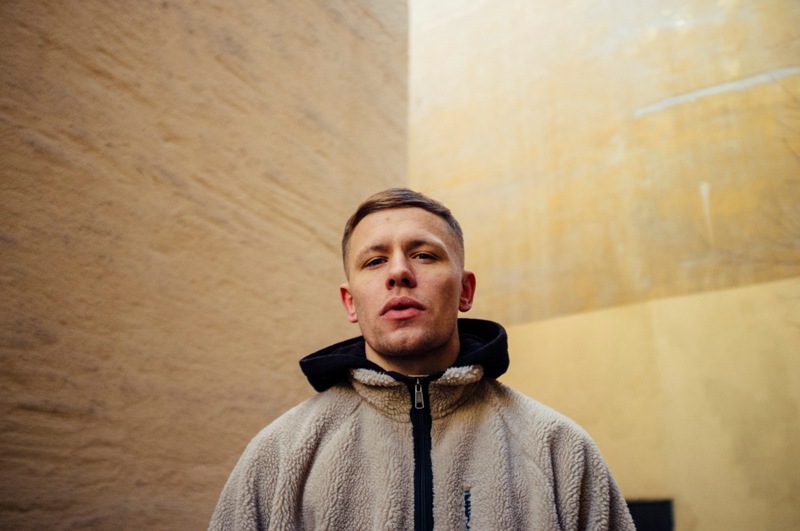 Ivan Ave. Photo by Even Suseg

Norwegian rapper Ivan Ave, who comes with the kind of laid back, soulful, introspective vibe that makes hip hop rock the world and make him an indie stalwart in European scenes, has spent some time in North America and recently collaborated with Kaytranada.

He visits Montreal for the first time this Thursday at the behest of Music Is My Sanctuary founder Lexis, who rocked a show with him overseas and was impressed enough by what he saw and heard to make it happen here.

Ave was kind enough to tell us a bit about himself, his insights on creativity, his Mutual Intentions crew, Norway’s hip hop culture and just gettin’ by via email mere moments before his flight over. It’s not his first North American interview, he clarifies, “(but) it is my first time answering questions at five in the morning at the airport here in Oslo.”

Darcy MacDonald: Hey Ivan. Please introduce yourself — where are you from, what do you do, what projects are out there?

Ivan Ave: I was born in Telemark, Norway in 1988. My mother gave birth at a hospital in a valley where, due to the vast mountain sides, there is very little sunlight. Since then things have been going well. I make music for a semi-living now, which is a dream for me. I’ve put out records for a few years. Some LPs you can check out via Jakarta Records are Low Jams,  Fruitful and Helping Hands. Working on my next one these days.

DM: Can you tell us about any past experiences in North America as compared to tour life in Europe?

Ave: I lived in the U.S. for a stretch, been to Canada once. I’ve performed on small stages in NYC, L.A. and one time in Vancouver actually. Proper touring has mostly taken me to European cities so far, so it’s humbling and beautiful to be able to come all the way to Montreal for a show. I’m trying to tour more in North America, and anywhere else.

Touring is mainly ‘airport-hotel-sound check-dinner-show,’ and then repeating that cycle, every day. But a good show is always inspiring, like one I just had in London where I felt like I could be myself and people were really there to vibe and take part in the music. That’s inspiring and reassuring, both musically and hustle-wise.

DM: How did you discover hip hop?

Ave: Through music my sisters would play in the house, and through my friend Anders’ Discman.

DM: What is your understanding of hip hop’s history in Norway? What is the scene/support/ like? How does it compare, positively or negatively, to other European cities?

Ave: Oslo is pretty vibrant. For its size, I would say it’s a good city for music. Maybe more so for DJing, jazz music and club music. But hip hop is very much alive. My crew Mutual Intentions got things on lock.

DM: The multi-discipline aspect of Mutual Intentions crew is interesting. As I understand it, you aren’t all doing music, much less just hip hop, and are instead a group of likeminded people pursuing different paths in the arts. Please elaborate.

Ave: You sum it up well. We all connected through music and/or its visual counterparts. We create together, whether it’s for a photo book, music video or LP release. Or a live event, like when we did Norway’s first Boiler Room. Everything comes together the way it needs to, because we have similar references and intuitions, be it for graphic design or a synth solo.

DM: You come with a very classic hip hop sound, which can be a challenge in 2017. Why have you chosen this aesthetic and is it something you plan on staying with or are you generally experimental as you go from project to project?

Ave: I just do music that comes natural to me, I try not to overthink it. I’m evolving like we all do and I think my next album will reflect that. Life is experimental.

DM: What else inspires you? Other art, nature, science?

Ave: I would say the intersection between science and human relationships is a go-to source for me. My next album is all about the eye. The eye as a lense, as a portal, a window. My last one was about hands reaching.

DM:  Are you able to make a living off your art? Are others in your crew?

Ave: I’m lucky to have a good part time gig as a teacher. But things are looking up in terms of making a living doing music, so we’ll see. I always try to put the music first, and the bread second. Other Mutual members are somewhere on the same scale, either gearing up to do art professionally, doing it already, or working on the side with no ambition but to create what they need to create.

DM: You recorded with Illa J, who lives in Montreal, on his 2015 album. How did that come to be?

Ave: I have worked with (frequent J collaborator) Moka Only a little bit in the past and really respect that dude. He is a hero of mine and his involvement with that record I believe was the link.

DM:  Why should Montreal rap fans come out to your show and what can we expect?

Ave: My intention is always to just share sound and energies with people. It’s a fine line between clowning around and being excellent. My sets usually involve both new and old material, plus some shit you’ve never heard. I play older records as part of my sets, too, some boogie and ’70s soul or whatever I’m feeling like on that given night. If you like to dance and hear some songs that I put everything into, please come.

Ave: I used to go by Ivan Average, sort of as an inside joke, but that’s a terrible name. I just shortened it to Ave when things got real. ■