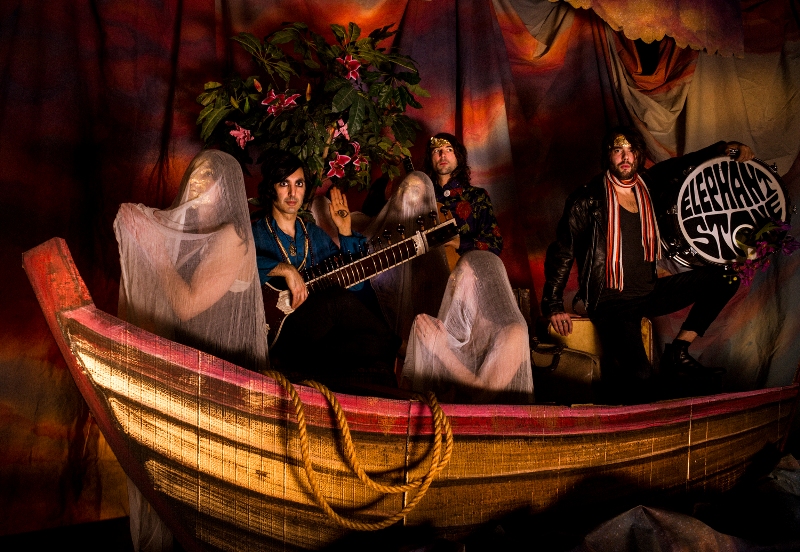 Elephant Stone’s new LP Ship of Fools not only charts new waters sonically, it corrects a course that could’ve grounded their career.

“Whatever I do is gonna be branded psychedelic, but I went into this trying not to make it that,” says Rishi Dhir, frontman for the Montreal band, noting that this record’s producer Marcus Paquin immediately recognized its pop potential.

“It’s always been about the songs. There was a lot of push and pull with the band, so I did all I could’ve done with the songs creativity-wise (before going into the studio). I wanted (Paquin) to challenge me, deconstruct my songs and make them the best they could be.”

When Ship of Fools was released in the fall, Elephant Stone hit the road for the first time since the ill-fated release of their last record, The Three Poisons. The band’s U.S. booking agent and multiple record deals fell through just as that album came out in 2014, resulting in a stunted album cycle and, due to the absence of press and significant touring opportunities, a lost record of sorts. (The Three Poisons quickly went out of print, though it is still available digitally.)

Following what Dhir describes as “the ultimate disappointment,” he did the only thing that made sense: write a new record. “Letting go was the best thing I could’ve done. It forced me to be creative and express something new.

“I spent that winter cobbling together songs and playing a lot of synthesizers, keyboards, drum machines and synth bass,” he says, pointing to a rediscovery of U.K. indie pop and acid house from the late ’80s and early ’90s as an inspiration.

Meanwhile, his coordination of an Elephant Stone remix EP (ES3PRMX) wound up influencing him even as he directed its contributors, a guest list including Brian Jonestown Massacre’s Anton Newcombe and the Horrors’ Tom Furse.

“I kept pushing them to make it more house, make it more dancey, and Tom’s remix of ‘Child of Nature’ really struck a chord with me.”

Though their sound is pretty mid-Atlantic (with a nod to eastern tradition in Dhir’s sitar), the U.K. and Europe have been especially kind to Elephant Stone, even when they first toured as unknowns back in 2010. Dhir admits that they’ve always prioritized overseas touring, with a little help from the Canadian government.

“Canadian bands are lucky because we have access to grants that help write off the costs of touring. But Elephant Stone definitely have to grow a bit more to reach a level where I would say the band is sustainable. We’re almost there.”

With Ship of Fools, the band is finally cracking North America, due in part (perhaps) to their deal with Burger Records. “All of a sudden we’re packing venues in Vancouver, Calgary and Edmonton, and Canadian radio is actually starting to respond to the new album.”

When it comes to the U.S., the blue states (and the green states) are where it’s at.

“Things are so volatile there now, it’s just bad energy. But California, Oregon and Washington, that’s where people respond well to Elephant Stone, and where they smoke a lot of pot — better vibes.” ■