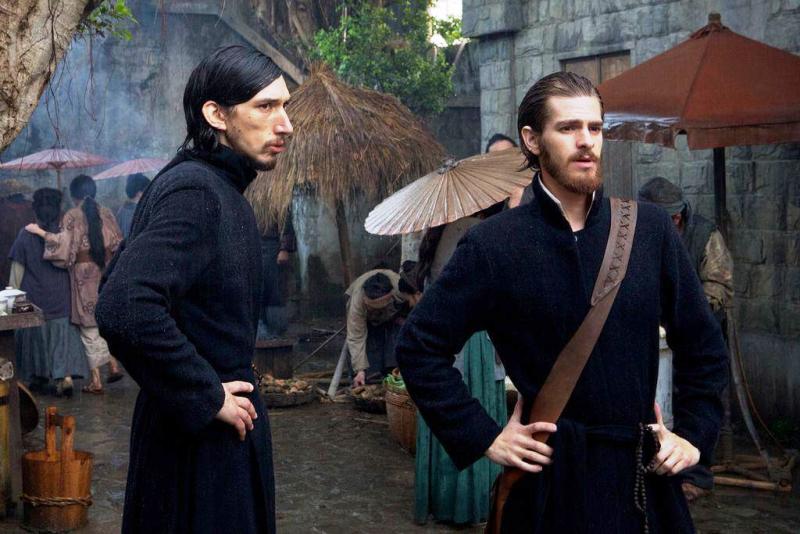 There are some movies that really only make sense when you put them up against the full scope of a director’s work. We could argue all day long about the merits of the auteur theory, but it goes without saying that Silence fits in snugly within Scorsese’s overall oeuvre.

This long-gestating adaptation of Japanese Christian author Shusaku Endo’s 1966 novel falls in line with Scorsese’s previous explorations of faith (The Last Temptation of Christ and Kundun). Most (if not all) of Scorsese’s films feature protagonists driven by conviction above all else. It may be a conviction that money is the most important of all commodities, that power trumps all, or — in this case — that one’s faith is not only unshakeable but the only faith imaginable.

Portuguese priests Rodrigues (Andrew Garfield) and Garupe (Adam Driver) are tasked with finding the disappeared Padre Ferreira (Liam Neeson), who has never returned from a mission in Japan. The church’s mission to spread Christianity to Japan hasn’t exactly worked out, with missionaries and converts being executed by the authorities, and rumour has it that Ferreira has apostatised and is living as a Japanese man. Convinced that their Christian faith is the absolute truth, Rodrigues and Garupe travel to Japan, where they must remain in constant hiding from the authorities in order to reach Ferreira, all the while hearing confessions and performing Christian rites on the pockets of remaining Christians also fleeing persecution, torture and possible death.

Scorsese does present a compelling, if inelegant, question of faith to the audience. Japanese authorities consistently test Christian faith by asking their captives to step upon a small stone tile representing Jesus, essentially besmirching a representation of their God and thus directly opposing it. For much of the audience, this originally seems absolutely insane — why not simply step on the thing while knowing in your heart that you don’t mean it? For Rodrigues, suffering is key to his deep conviction of his faith; he suffers not in spite of his love of God, but because of it, and the two are indissociable. Another filmmaker would’ve simply told us how to feel,  explaining the character motivations in broad strokes, but Scorsese lets us feel them. 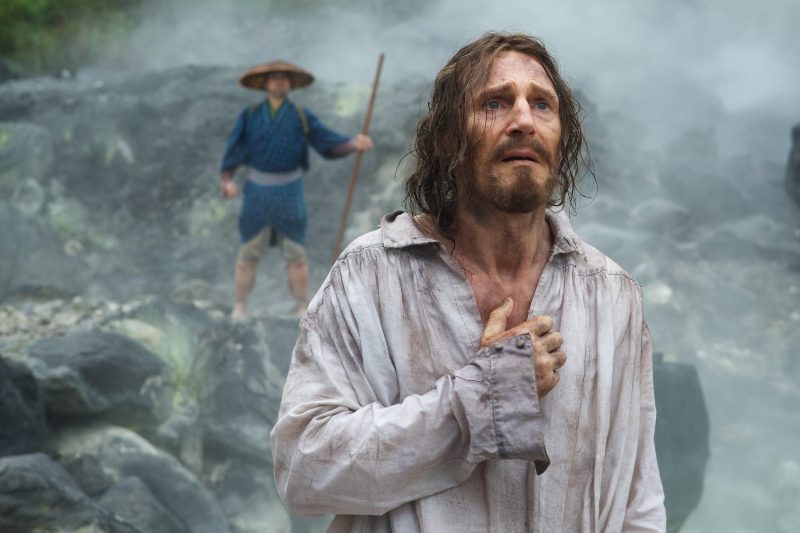 He also picks a difficult stance for himself. It’s clear that he personally sides with the priests’ point of view in his personal life, but the actual moral, ethical, political and ecclesiastical realities of the time are thorny and sometimes contradictory. Sure, any post-colonial reading of the priests’ actions would see their missionary intervention in a land they viewed as savage as deeply troublesome; then again, Japanese authorities had no qualms about torturing and executing farmers and peasants who had converted even under duress.

On one hand, you’ve got colonialism; on the other, you’ve got a complete absence of religious freedoms. The most striking and provocative thing Scorsese does in Silence is somehow manage to give both sides of an unwinnable argument equal time. There’s already a current of backlash against the film, which sees it as offensively Euro-centric in its depiction of the missionaries’ plight, but they’re hardly heroes, and the Japanese are sympathetic even when cast as the film’s nominal villains. I’m probably not the first to say this, but Japan in the 17th century wasn’t a particularly woke place.

Granted, Scorsese’s methods are not always subtle. The film is awash with torture scenes and endless suffering, and the bizarre performance that Issey Ogata gives as Inoue, the inquisitor and the closest thing that the film has to a villain, is such a bizarrely comedic proposition in a narrative that is otherwise so stark and miserable that it feels askew from the rest of the film. It’s, frankly, a work of such epic and unknowable scope that it feels almost inevitably muddy in spots, yet it remains completely in the spirit of the work that Scorsese has created before.

I have to admit that since my own religious convictions teeter dangerously close to utter indifference, Silence operated on me in an almost completely theoretical manner. It’s such a brutal, difficult and dense film to explore that I also needed it to grab me by something that I, too, feel in order to truly appreciate it. I’ve spent more time studying the films of Martin Scorsese than I have scripture, and truthfully, I am closer to having faith in Scorsese than I am in a greater power. To me, it’s not one of his great films, though it’s close to being one of his great intellectual exercises. I don’t know what that says about me, but I certainly know that Scorsese wasn’t afraid to go deep on this one, and there are rewards to be had. ■