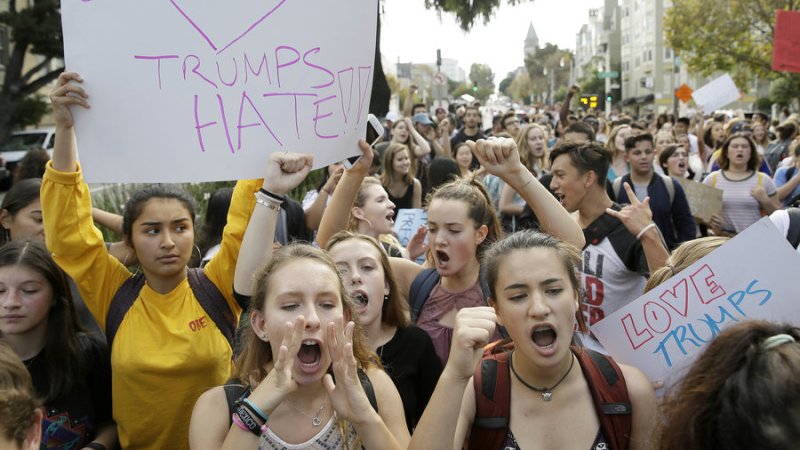 Less than 24 hours into his presidency, Donald Trump will be met by a sea of dissenters marching to defend the rights of women, people of colour  and other marginalized groups in the United States and abroad. The Women’s March on Washington is expected to draw close to a quarter of a million people to D.C. on Jan. 21, the day after Trump’s inauguration. Organizers stress that the gathering will be peaceful, and have avoided using the term “protest” in favour of “rally.”

Buses will ferry marchers to the D.C. event from cities across North America, but in addition to the main gathering, rallies are being held all over the continent as a display of solidarity and to promote issues that similar groups face locally.

Montreal’s Women’s March will be held at Places des Festivals, and organizers expect anywhere from 1,000 to 2,000 people to attend.

“We will be acknowledging that we and many Canadian women, indigenous populations and people of colour face the same issues that are happening in the U.S. on a different scale,” says Amelia Brinkerhoff, an organizer of the Montreal rally.

Brinkerhoff is an American citizen from the state of Michigan who works and lives in Montreal. She cast her absentee ballot for Hillary Clinton during the election, and her opinion of Trump pulls no punches.

“I never even considered voting for him,” she says. “There are 1,001 reasons why.” She lists “his rhetoric, his lack of qualifications, his attitude towards knowledge, facts and towards the press,” among others points.

While Trump’s inauguration is the catalyst for the gathering, the discussion that the march hopes to inspire is broader than his presidency. “It’s more about systematic issues that prevail regardless of which side of the border you sit on,” Brinkerhoff says. Guest speakers will be at the event, including Rachel Zellars of the Girls Action Foundation. “The speakers we have planed elucidate local battles that are happening in Canada.” 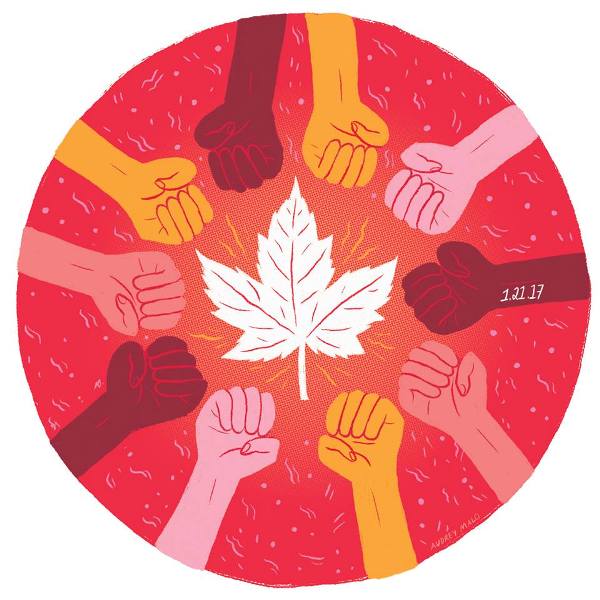 The alt-right and other right wing populist groups have been gaining traction in the western world in recent years, from Greece’s Golden Dawn party to the United Kingdom’s UKIP and France’s Front National. France will be heading to the voting booth in April, and polls currently place Front National leader Marine Le Pen as a frontrunner.

“I really hope that [French citizens] see the impact of what is happening in the States and how that will affect American foreign policy and foreign relations,” says Brinkerhoff. “Even their ability to care for their own people will be affected.”

“I think that a lot of Canadians look down and think that what is happening in the U.S. is blasphemous, and a tragedy. It is, but you see similar voices rising in Canada.”

Brinkerhoff points to the candidates for the leadership of the Conservative Party of Canada as cause for alarm. “Kellie Leitch has raised many points and propositions that are un-Canadian, and Kevin O’Leary boasts this attitude that business men can run a country, which is not true, as we will soon find out.”

Though she is concerned by the rhetoric, Brinkerhoff could not imagine a Trump style candidate winning in Canada. “I’ve seen a very different grassroots response from the general public on a wide scale to the refugee crisis, and I think that that shows where Canadian values truly are.” ■