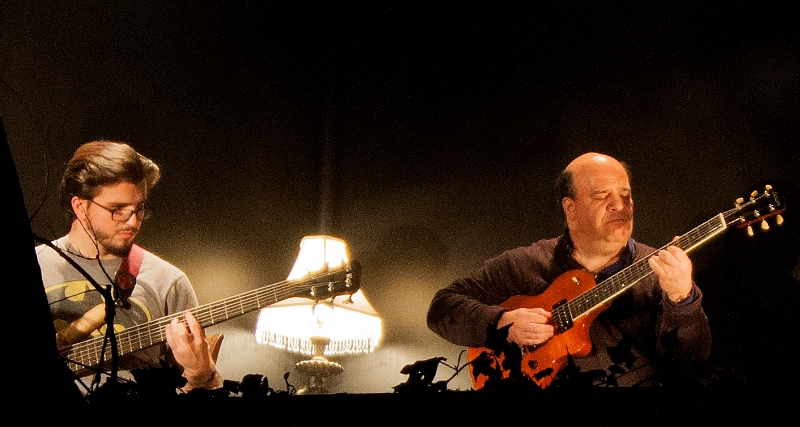 Scrooge gets visited by the three ghosts of Christmas.

George Bailey becomes a phantom when an angel hits the delete key on his life.

The Virgin Mary, knocked up by the Holy Ghost.

The supernatural is an eerie backdrop to our favourite, fuzzy Yuletide tales. And so, Centaur Theatre’s Urban Tales returns for a 10th year with a ghostly twist: An Undead Xmas.

The series takes the idea of warm Christmas redemption stories and beats it senseless with a candy cane by presenting unhappy people in what is supposed to the cheeriest time of the year. Call it a theatrical Black Mirror for the season.

This year’s paranormal excursions include a spat between ghost hunters, a haunted forest and a zombie seeking solace at midnight mass. The usual story about an office Christmas party gone wild is also in the mix.

It’s a concept borrowed from a francophone series, Contes urbains. But Urban Tales’ czar, Harry Standjofski, who often writes and performs in the series, has elevated this into a very Montreal display of local talent and dark humour. References to NDG streets, a golf course in Oka and the cross on Mount Royal give the show a realness you won’t find on the TV Christmas movie circuit.

This year, the director literally presides over the procession of storytellers: he and his son, Mikaïl Standjofski-Figols, play ghostly, atmospheric rock music from the stage’s second level.

Standjofski wrote the penultimate tale, “Don’t Shout, Don’t Cry,” performed by Dany Brochu (last seen across the hall in The Watershed) as a father reaching his breaking point with his wife’s sleep-talking. Danette MacKay, who believes she is the longest-running participant in Urban Tales with her fifth appearance, shines as a paranormal investigator with people problems in “The Double-Goer.”

I was spellbound by Jane Wheeler’s turn as a wife frantically preparing for her husband’s office Christmas Party. And Alain Goulem, who writes and performs his own turn as a zombie reminiscing about Christmas past, was the standout comedic performance.

The excellent roster of Montreal performers starts with Stephanie Costa in Arthur Holden’s tale of a tree thief, and concludes with an especially dark tale performed by Michel Perron, written originally in French by Contes urbains founder Yvan Bienvenue.

While there is a welcome decent dose of spooky references in this 10th outing, the beating heart of Urban Tales remains the unvarnished depiction of our most basic relationships, and we get just that: dealing with dopey partners, estranged children, ungrateful friends and nostalgia for better times. ■