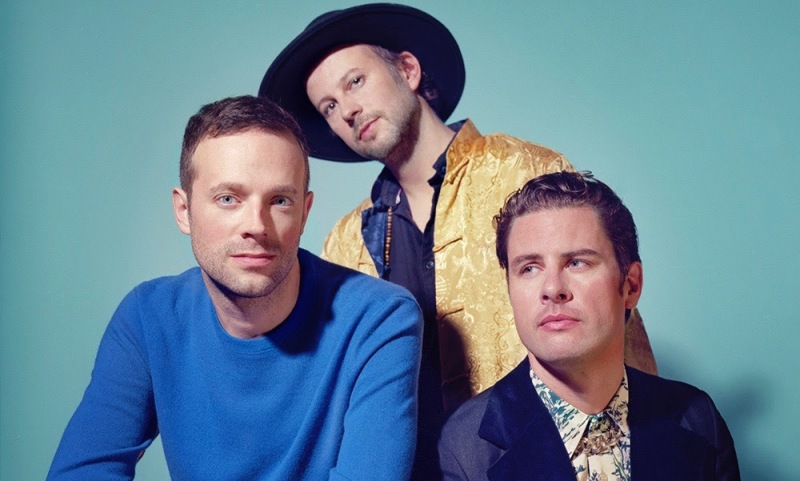 On their latest record Waltzed in From the Rumbling, Montreal trio Plants and Animals sound refocused and refreshed. The rock sound we’ve heard evolve over eight years and four albums now summons up strains of Van Morrison, J Dilla, Angelo Badalamenti, Serge Gainsbourg, John Coltrane and Messiaen. But it’s the band’s method that has made the biggest difference between this album and its predecessor.

In the wake of their 2008 debut record Parc Avenue, they found themselves locked into a two-year record-release-tour pattern that stifled their creativity and took over their lives.

“The End of That was not an easy record to make,” says singer Warren Spicer of their 2012 album. “We were not particularly happy as people at that point, and I don’t think we were happy with the album or the tour.”

In the four years that followed, Spicer and his bandmates Matthew Woodley and Nicolas Basque all became fathers and decided to relax their music production cycle. When music work began, they took it slow, getting back to the piecemeal writing and recording style of Parc Avenue (which, incidentally, was just re-released by their label Secret City, packaged with their debut release, the 2007 With/Avec EP).

“Over the past few years, without really trying to make an album, we were just making songs and music and living our lives,” Spicer says. “Everybody was working with other people and it was back to being a human being again and not just being in a band.

“When we were working on the music, we were all really excited to do it because we weren’t locked in a studio for a set number of days to realize demos we wrote. It was a lot more fun to do it this way. We were much happier.”

Amid some of the new musical influences that fed the creation of the new album was a decision to harness the band’s best abilities.

“It was like, ‘What are we actually good at as a band?’ That’s not something we asked ourselves, I don’t think, while making those other records. It was more like, ‘I wanna make a record that sounds like mid-’70s Stones.’ With this one there was much more of an effort to try and figure out what we’re good at, what are those things that made us unique.”

Having children ranks pretty highly among life-changing experience, but the family effect on this album, and the lyrics in particular, were more abstract than you might expect.

“If anything, that probably just made us more open-minded, being parents; less self-centred. I felt more, when I was singing this record, that I was representing somebody less than being myself, but at the end of it, it felt like it was more me. I wasn’t trying to be a character but I didn’t feel like I was trying to impose my feelings on the songs. I would just sing what I wanted to sing at any given moment.

“There was a lot of stepping up to the microphone and letting out whatever I wanted to let out. At first I was worried that because I wasn’t necessarily writing lyrics in a book — that there wasn’t necessarily an aim to tell a specific story or to make things make sense all the time — that I wasn’t doing my job well enough. It all became about how it felt, and if it played back and it felt good, the story and the lyrics didn’t really matter. But there is an over-arching sense of trying to hold on to things in life, and trying to deal with impermanence. It’s heartbroken but not dark.”

When I spoke to Spicer back in April, Plants and Animals were on the cusp of releasing the record and had just begun their tour, forgoing the usual Montreal launch show in the hopes of sounding tighter for the hometown crowd. That said, the band started this tour more prepared than ever.

“Because of the time we’ve allowed ourselves, we’ve never released an album and knew how to play it before. This is new territory, to actually enjoy the first shows of the tour,” Spicer says, explaining that the band tested out new material live throughout the making of the record. “It can be frustrating as an audience member to go see a band and have them play a bunch of new tunes but the reaction to what we’ve been doing has been really good and really real. And every single song works live — the whole thing feels pretty good.”

Though the band is not playing Waltzed in From the Rumbling in its entirety on this tour — or their next one with Half Moon Run, which begins in December — they did play the whole record at a quiet local gig in the winter of 2015.

“We did a show at Brasserie Beaubien back when the album was starting to be an album in our minds. We just went and played all the songs, and it was a combination of really, really great and really loose and funny.” ■