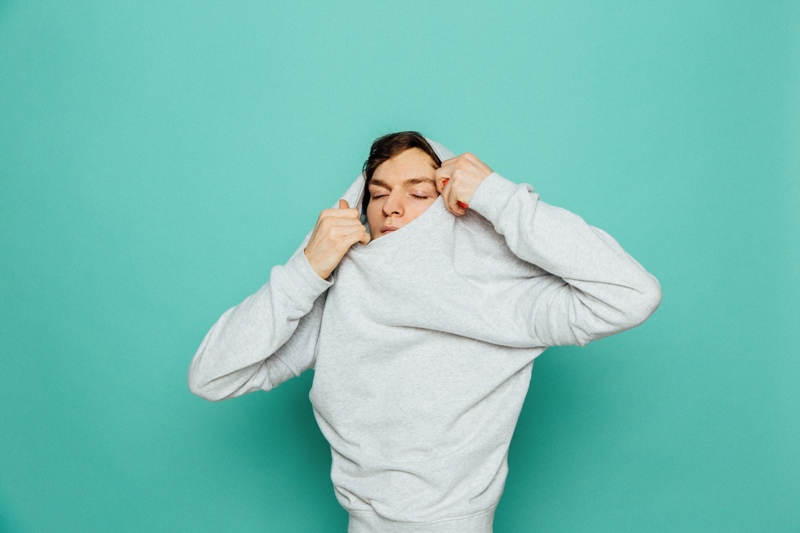 Montreal producer and DJ Robert Robert, born Arthur Robert, is already a familiar name and face to local partygoers and electronic music fans. He’s played Piknic Électronik, Igloofest, Osheaga and a bunch of other festivals and one-off shows and parties around town over the past couple of years, and released an LP, Pastel, on Silverstag Records in 2014. Having recently released a new track (a further evolution is his union of electronic, R&B and hip hop), Robert is busy working on a follow-up EP.

Ahead of his set at la Bacchanale’s Ancient Future festival this weekend, I spoke to Robert about how, at the age of 20, he’s already an old hand at electronic music.

“I got really serious about it when I was 16. That’s when I tried to learn more professional ways to produce and compose music,” he says. But even then, he’d already been messing with Garage Band for three years.

“I started producing on my computer and my aunt, who had studied music in the Netherlands, taught me a little bit about song structure and music theory — after that I just went on by myself. Later I integrated more external elements when I got access to studio time and more gear,” he says, a process he rounded up with studies at Montreal’s Musitechnic school.

Like many kids in North America, Robert was first drawn to rock music, but playing conventional instruments (like the piano, which he picked up at age five) wasn’t all that inspiring. His introduction to electronic music may sound unusual, but finding new music through a gateway band (however dubious) is a pretty common experience.

“I was a fan of Linkin Park when I was young, and other bands like Nirvana — classic teenager stuff, really,” he says. “The Linkin Park tracks by a DJ, which had no vocals or very little vocals, really reached me so I looked into it on the Internet and I basically discovered electronic music that way.

“I had never considered it before. I just thought it was music to dance to, not music to listen to at home, but then I really got hooked on it and started to dig deeper on Internet forums and underground sound portal and things like that, and that’s how I found what I wanted to make myself.”

Robert started going out in Montreal at the age of 16, attending underground raves in rented warehouses, lofts and restaurants, and getting a feel for the spectrum of dance music, from dubstep to deep house. Though his preferred nights out these days are more centred around sketchy dive bars with pool tables and jukeboxes, he’s played enough local and international venues to know that Montreal has something special going on when it comes to festival gigs, where he can work his producer side more than his DJ side.

“Montreal bars and concert venues are all so different and they all offer such a different palette of electronic music. There’s a lot of explore there, but I usually do my research first.” ■