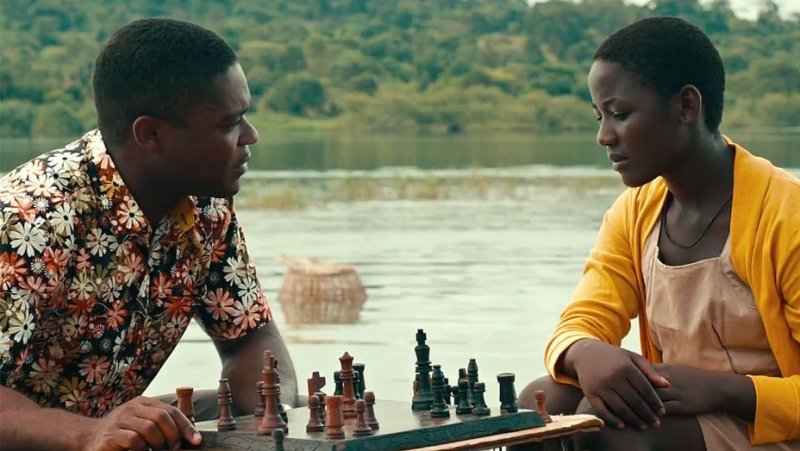 David Oyelowo and Madina Nalwanga in Queen of Katwe

There is traditionally only one way that Hollywood can fathom telling an African story, and that’s through the eyes of a white benefactor from the outside. These can be reprehensible garbage (Beyond Borders), politely bland (The Good Lie) or even make semi-covert use of the trope (Hotel Rwanda), but it’s rather rare to see a film about Africa showcasing African characters that isn’t originating from there.

In a perfect world, Queen of Katwe would actually be a Ugandan film, operating with Ugandan below-the-line talent and Ugandan stars, but the reality is that that film would have little chance of being seen by global audiences outside of a festival context. The fact is that Queen of Katwe represents a kind of high-water mark for representation in multiplex-bound family films — despite its Indian director, white male screenwriter and British-African/Kenyan-Mexican leads.

Also, it happens to be pretty good.

Phiona Mutesi (Madina Nalwagna) lives in the slums of Katwe, within the Ugandan capital of Kampala. Her widowed mother (Lupita Nyong’o) cares for her and her brothers by selling corn to passersby. Too poor to attend school, Phiona has little to look forward to except perhaps to shack up with a man on a motorcycle like her sister Night (Taryn Kyaze) has.

One day, Phiona wanders into a chess program put on by a local ministry and out-of-work engineer Robert Katende (David Oyelowo). Phiona proves to be a natural at chess, the breakout star of the program (at one point, a kid yells “Coach! Phiona is cheating, she’s reading my mind, she knows all my moves before I make them!”) and an outlier in the chess world, typically reserved for the more well-to-do “city people” who go to private schools. Chess may prove to be Phiona’s ticket out of the poverty of Katwe, but roots aren’t so easily shed. 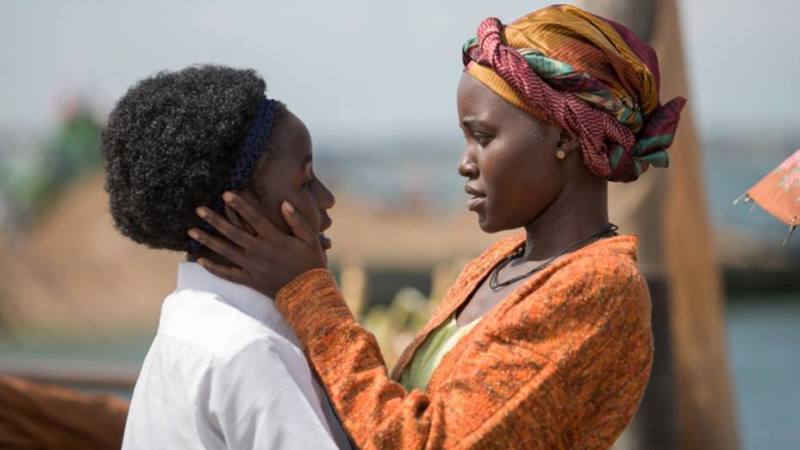 Admittedly, a lot of Queen of Katwe functions in the typical Dangerous Minds/underdog sports movie mold, with Oyelowo giving measured inspirational speeches about being true to yourself and accepting defeat as character-building. The story’s religious aspects are almost completely phased out (Katende does work for a ministry, after all) but the film has the kind of positivity one generally associates with “faith-based” films. That’s not a knock on Nair’s approach to the material, which is just Disney enough to justify the familiar crest appearing in its credits without necessarily meaning it’s an edgeless chore.

Nair manages to avoid westernizing too much of the film’s approach while also avoiding turning the whole thing into a pseudo-documentary ethnographic exercise. It’s not one of those hand-holding “do they know it’s Christmas” bullshit festivals, though the film does make some space for some fish-out-of-water antics when the kids first travel outside of Katwe. Little kids, as we learn, are little kids the world over, and there are rich private-school asshole kids in Africa, too.

I’ve complained before that there’s something inherently uncinematic about chess; Queen of Katwe, being aimed at least partially at children, spends a lot of time drawing colourful metaphors to explain the specifics but doesn’t dwell on the game enough to create tension. It’s more of a family drama than a movie where a last minute suicidal move actually pays off and wins the big game, and it’s all the better for it.

Queen of Katwe is certainly formulaic in many ways. One assumes that, despite the crippling poverty at hand, things aren’t going to go too terribly for Phiona or else no one would’ve bothered making a film about her. It probably leans too hard on the antics of Phiona’s brother Brian and her chess club mate Benjamin, a human reaction shot who manages to overcome his seemingly purely functional role by being extremely adorable.

In fact, the most apt descriptor it brings to mind is “nice,” which is hardly my first choice in describing anything — “nice” movies, like “nice” music, are not why I got into this in the first place. But sometimes nice is more than enough. Queen of Katwe is charming and entertaining and, in its complete eschewing of the white saviour model that’s become standard to tell these types of stories, kinda shatters the mold in a low-key way. ■

Queen of Katwe opens in theatres on Friday, Sept. 30. Watch the trailer here: