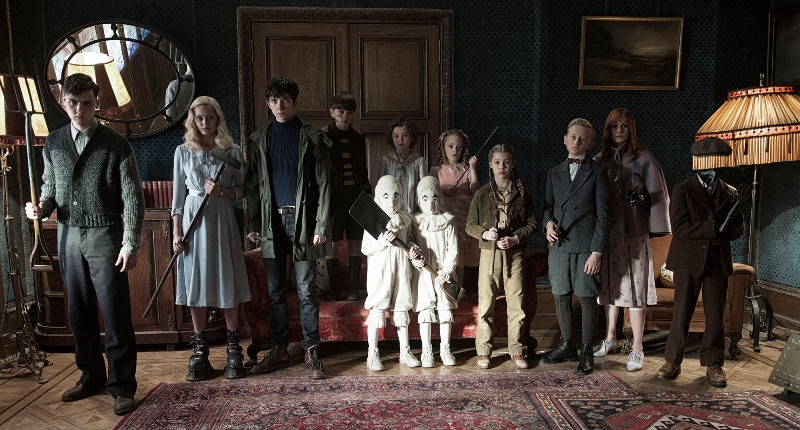 If we want to find the root causes for Tim Burton’s recent decade-long run of mediocrity, it’s only fair we take a good, hard look at ourselves, the audience. On the one hand, you’ve got the baby goths who developed their sense of taste and style based partially on the aesthetic of Burton’s early films — a kind of sunny morbidity, all monochromatic blacks and whites and jagged angles. This fun-loving goth aesthetic has led to boondoggles like his reimagining of the ’70s soap opera Dark Shadows. On the other hand, you’ve got everyone else, growing tired of Burton consistently returning to the source with diminishing returns. Those audiences are the ones that have led to Burton taking on projects like the frankly terrible Big Eyes, films his aesthetic is no more suited for than, say, feel-good movies about old people on a sightseeing tour of a foreign country or teenage boner jams.

If we’re to imagine 2016 Tim Burton standing atop a mountain during a very Burton-esque thunderstorm, throwing his arms in the air and asking “What do you want from me?!”, then I think the logical answer (spoken by a skeletal — but still cute, in a certain way — ghoul) is Harry Potter. Unfortunately for Burton, all those movies have already been made. Fortunately for Burton, Miss Peregrine’s Home for Peculiar Children hasn’t. 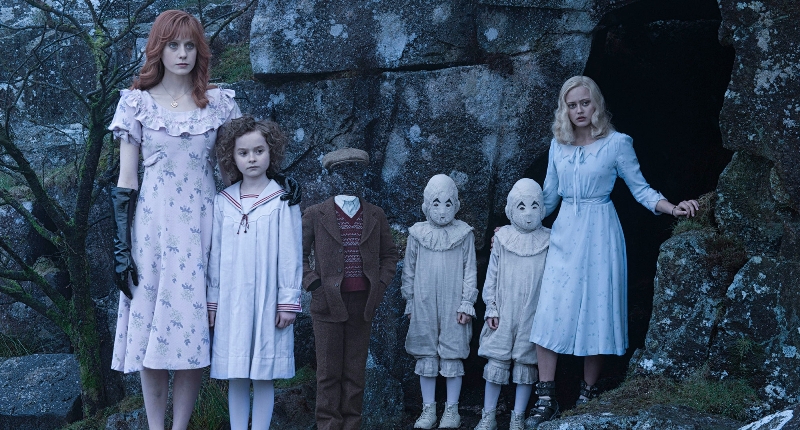 Granted, the Potteresque qualities of Ransom Riggs’ novel have been somewhat exaggerated by the film, which tells the story of a young American named Jacob (Asa Butterfield) who grows up hearing fantastical stories from his grandfather (Terence Stamp) about a Welsh home for peculiar children, where he lived during WWII. After his grandfather is killed under mysterious circumstances, Jacob convinces his father (Chris O’Dowd) to make the trip to Wales in order to explore the home he’s heard so much about. There, he discovers that only he can see Miss Peregrine (Eva Green) and the other inhabitants of the home, which was bombed by the Nazis in 1943. The kids are stuck in a “loop” of Miss Peregrine’s doing, a sort of magical Groundhog Day situation which allows them to live eternally — unless, of course, the whole thing goes sideways, which is what nefarious Mr. Barron (Samuel L. Jackson) intends to do, since eating the eyes of peculiars gives him extra strength.

What isn’t Burtonesque about this premise? It’s got wonky Victorian architecture, a highly eccentric figure at its center (though this time it’s camped by Green and not Johnny Depp), an exploration of strained father-son relationships, a saucer-eyed Gothic Lolita figure (Ella Purnell) for our dorky protagonist to fall in love with, creepy-ass long-limbed skeletal creatures, a kid who can project his own dreams, another one who makes living puppets out of disembodied doll parts and knives, a skeletal action sequence that allows Burton to fully indulge in his Harryhausen fetish, a 100 per cent dreary and rainy Welsh setting… It seems implausible that Burton didn’t come up with this premise himself and thus hard to imagine anyone else doing the material justice in this way.

That being said, the film does suffer from structure and pacing problems owing mostly to the incredible amount of convoluted worldbuilding required to set this story in place. The whole business with the loops and the people who can control them (who are exclusively women who can also turn into birds that the film calls a “Ymbryne”) is sort of like applying the rules of Quidditch to Groundhog Day, necessitating a whole lot of explaining before it actually gets the gears of the plot into motion (thankfully the film has a dozen dead-eyed British children on hand to explain such things). It results in an unevenly paced film that seems like it takes forever to get going but ends rather abruptly after a rushed-through coda that could realistically be its own film.

Tim Burton’s always really had the most impact upon children; I vividly remember getting my aunt (after much groveling and whining that did not work on my parents) to take me to Batman Returns when I was probably six or seven and immediately regretting my choice upon seeing the grotesque motorcycle-riding clowns, not to mention the love-hate relationship I had with Edward Scissorhands and Mars Attacks! as a child. While the distinctly aimed-at-preteens nature of Miss Peregrine suggests something a little softer and more inoffensive, there’s some real nightmare fuel sprinkled throughout. (As an aside, I really hated the eyeball soup from Indiana Jones and the Temple of Doom as a child, and there’s some similarly grotesque eyeball-centric imagery in this movie.)

I hesitate to call Miss Peregrine’s Home for Peculiar Children a return to form for Burton, since it so blatantly appears to be both perfect for his aesthetic and tailor-made to assault the YA adaptation market (the impossible love story between a human boy and a never-aging 90-year-old magical being has shades of Twilight). It feels like a personal project in a way, but like a hired gun cash grab in another. It’s certainly less mannered and annoying than the worst things Burton’s put out recently, and if getting decent Burton means getting somewhat neutered Burton, it might be a compromise worth making. ■

Miss Peregrine’s Home for Peculiar Children is in theatres on Friday, Sept. 30. Watch the trailer here: