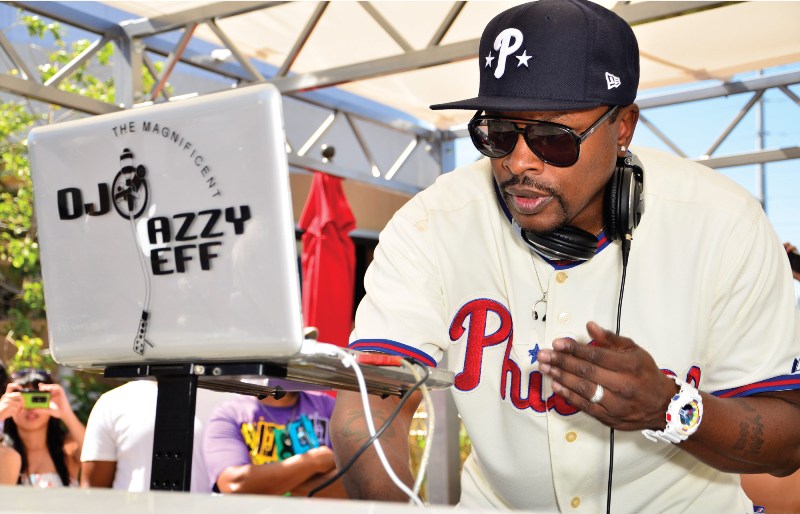 In hip hop, some things last a week or a month, some last a year and others are eternal. DJ Jazzy Jeff, whose career spans from ’80s and ’90s pop culture all the way through to today’s flavour-of-the-hour musical climate, boasts a resume in rap that few can match. From Grammys to mega-charting hits to TV land — not to mention his music partner Will Smith’s kinda-sorta global celebrity — there is nowhere the DJ hasn’t left his mark.

Ahead of his free, outdoor show at OUMF tonight, we spoke to Jeff about all this and more. Ladies and gentlemen, meet the Magnificent himself, DJ Jazzy Jeff.

Darcy MacDonald: Something I wanted to mention right away is I believe you know a buddy of mine, Brian Coleman, who wrote the Check the Technique series. In the newer volume he did a chapter on the creation of He’s the DJ, I’m the Rapper and you obviously were a huge source for that. Were you happy with how it came out?

DJ Jazzy Jeff: It was incredible. It was definitely cool because he took me down a couple of roads that I haven’t been down in a long time, and in gathering information from the other people, he connected the dots.

DM: Did you feel he captured it fairly?

Jazz: Yeah, it did. It absolutely did. The funny thing about situations like that is everybody has their own interpretation of how stuff happened. I am always getting clips and blocks about how “Summertime” happened from people who were never there. So you just kinda chuckle it off and realize that whenever you do anything like that, there is a level of intrigue that people wanna know about behind the scenes. And some people just make it up.

DM: I suppose you might be a person that happens to more often, because you work in the background more than people necessarily know. To the world of pop culture, you exist as a person from a time and place. Do people get it twisted? Or another way to look at it is, are people surprised when they hear like, “Oh, no, Jazzy Jeff is still very much active and relevant”?

Jazz: I don’t get that as much as I used to, I guess because I’m so active now. I did go through a period of time that people were kinda shocked, like, “Oh wow, he’s still doin’ stuff!” But I think that social media has changed so much of that, that you don’t get too many surprises any more. 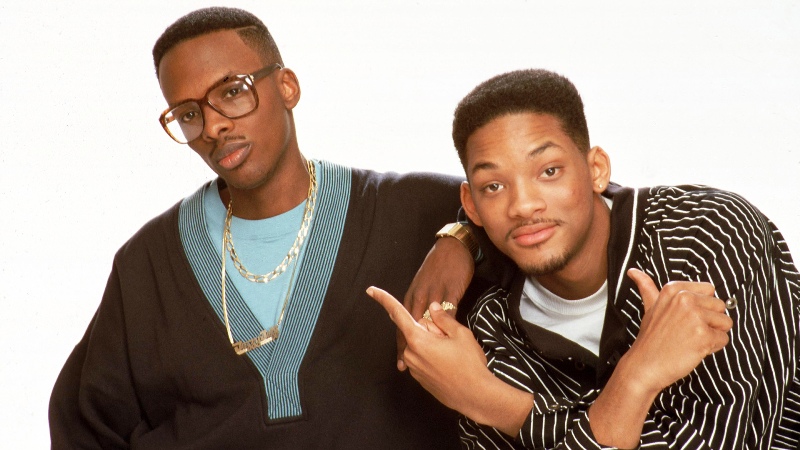 DM: Am I trippin’ or did The Simpsons once make a joke at your expense?

DM: I started listening to rap really young and got my tapes taken away by my dad so often, because of the language and f-words on so much hip hop. You guys were the group we could listen to around our parents. Ice-T and NWA, I had to hide that shit from them.

DM: Do you ever think about that as a part of your legacy? Because I am surely not the only kid that experienced that.

Jazz: The funny thing about that is, most of the people that you grew up listening to, we grew up just like them. We just didn’t put that in our music. But there was no difference. People used to look at it like “Jeff and Will are from the suburbs.” We’d just laugh because you have no idea how far we grew up from that. We just chose not to put that in our music. It didn’t stop our upbringing. We lived the same kinda lifestyles, or went through the same kind of stuff, as everybody else.

Or another way to look at it is, case in point, people would have a very hard time understanding how funny Chuck D is. Because you look at Chuck and he’s the Angry Black Man, with the politics and all that, but Chuck is more of a comedian than Will! What we did in our music did not mean that is how we lived.

DM: I heard the album again since reading the (Coleman) book and it had been years. I don’t think I ever realized how tight it was. That music is in some regards more of a pre-cursor to the Native Tongues shit. At that time, when jazzier hip hop came to light, did you feel you had contributed to that, or did you feel like they aped you?

Jazz: I don’t think…you know, it’s always different when you live it. You know what I mean? You don’t get to think about those things when you’re right in the middle of it. Looking at it as an adult, a lot of people don’t realize how young we were when we were doing this stuff. It is interesting though.

I was telling someone after looking at the Netflix show, The Get Down. It’s incredible! But it gave me a different perspective of how all that stuff we did looked when we were doing it back then.

It’s almost like, I might have done a party…or like, lookin’ at The Get Down, Grandmaster Flash might have done a party that might have had 300 people there, but you don’t realize that the party reached 30 million people later on down the line! That that party was basically the backbone and the cornerstone for hip hop! But when you’re doing it, it doesn’t seem like that.

So, like, ya’ nahmean,  when we made “Summertime,” we didn’t know that we were making something that was gonna last the test of time. It reminded you of the summertime in Philly! When we were making it, we weren’t looking at it, like, “Oh, we’re doing something that nobody else is doing,” or, “All these rappers caught up.” It was just…the adult Jeff can look at it like that now, and realize how trailblazing we were.

It was funny, I saw an interview, it might have been about eight to 10 years ago, and KRS said, “You know what was genius to me? ‘Parents Just Don’t Understand’.” And I almost fell off my chair. And he said don’t look at the subject matter, or what people thought about Will. He was like, that first verse might have been like 24 bars. And the second verse might have been 80. He was like, you got these kids out here saying “I’m great because I got a dope 16 bar verse!” And Will went in on 80 bars on the second verse of the record! And (KRS) was like, “It held your attention.” So that was a perspective that I probably would have never heard unless he said it. KRS, looking at it from an artistic point of view, said there was some real genius shit in that!

DM: And you know what, I’m glad to be able to hear someone quote KRS-One on some legit shit lately, because….(laughs)

But it’s interesting when you bring up “Summertime” in that context. And you have the distinction as a producer and musician of having that level of certified classic under your belt more than once. And the question boiling in my head is: there are people who are hit machines, and there are people who make credible music that the long tail can really, really enjoy, that nonetheless is maybe only radio play away from being a hit.

What is it to be on both sides of that? To know you have a couple of classic, undeniable hits to your name, but also all of that incredible, more underground leaning house and hip hop pedigree that heads can get all the way down with?

Jazz: It’s the wildest shit in the world! Because there are times that I feel like I’m the only one that sees it. To really sit down and think that in everybody’s career, they’ve really wanted a record that will last the test of time. Everybody. Everybody wants it.

And (T.I.) stopped him and said, “No. I need one like you.” Like, “I got something that everybody in the club is gonna sing and throw their hands up, but next year they won’t do that. But you got something that for 20 years and for different generations is still here.”

When he said that, it was kinda like — shit! We do!

I’ll tell you something that really blows my mind. We had that in “Summertime.” We had cult classics like “Brand New Funk’ and “Parents.” But we have that in a television show!

Like, there are times when — and in no way, shape or form do I not appreciate it — but there’s times when I’ll have conversations with Will, and we’ll just look at each other, and kinda be like, “Can you believe this shit?!?”

It’s not just automatic! We still kinda look at each other like, “Yo! Who does that?”

DM: That is amazing man. I have a 10-year-old daughter and she discovered the show this year. When I told her I was interviewing you, she flipped.

Jazz: Man I have seven-year-old twins (and they watch). Explaining it to them is like, they’re like, “What?!?”

The one thing I try to really do now is live in the moment. There was a point in time where all I wanted was to do shows, meet pretty girls, go to McDonald’s and come home. To be blessed enough to be doing it, now to me it’s like, wow. I appreciate every place that I go. I want to see landmarks. I want to know what’s going on in the city, to the point I have so many friends in cities around the world that I get out in London and I’m on the tube, and in Hong Kong I’m on the subway, and I know my way around.

It’s really a gift. So many people had it and lost it, and only have the memory. And their memories are foggy. And I’m like, no. I’m paying attention to everything I do to document it, because I don’t take this for granted.

In Montreal, I got a million friends. I go to Chinatown to eat. I always go to Moog to check out what kind of equipment they’ve got. I go to the underground mall and go to Kernels to get me some double butter popcorn. It’s very comforting to know a place that you’re going and it’s not like you’re a stranger. ■