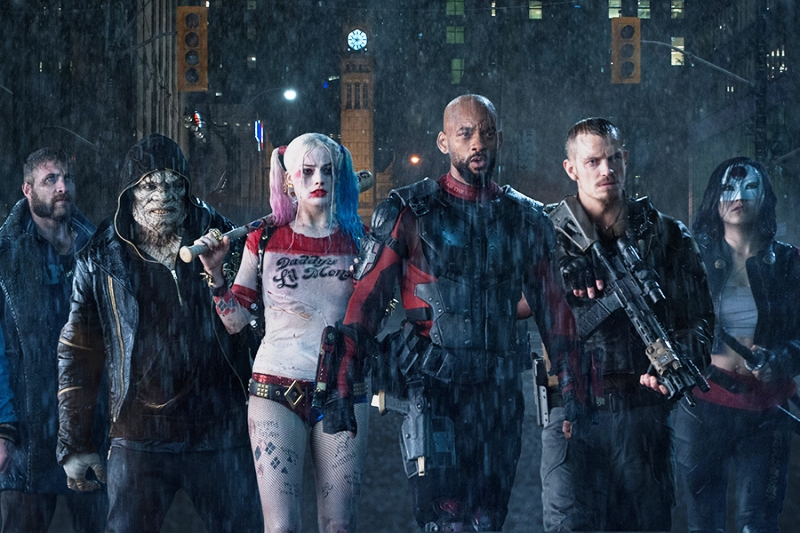 It’s tempting to feel bad for DC Comics at this point. It would be easier if DC Comics were not a billion-dollar corporation comprised of thousands of employees for whom an allotment of pity does absolutely nothing, but I still feel a little bad. They’re running a race they started way late in and they’re not gaining any ground — it would almost make more sense for them to try another sport altogether. It’s not because DC is bad, necessarily — they have just as much potential as Marvel — but in trying to diversify their offerings, they’ve hitched their wagon to some dubious characters. Zack Snyder should be mostly to blame for the dour, overlong and generally dull messes that were Man of Steel and Batman V Superman, but the fact remains that, three films in, DC has more or less settled on its aesthetic.

Where the Marvel films are often bright and jokey, DC attempts for a bit more shadowy brooding; their films take place largely at night or in overcast Gotham and feature less good-natured ribbing from their characters and more staring. Suicide Squad steers away from that a little in, attempting to situate itself in the Guardians of the Galaxy outlier role within the franchise by focusing on an ensemble cast of rapscallions who dip in and out of dark comedy. They’re the edgy wild cards of the DC Universe and, while the film’s idea of edge remains firmly lodged in 2003, Suicide Squad comes much closer than the abysmal BvS to capturing a vibe — any vibe.

After the (SPOILER ALERT IF YOU HAVEN’T SUBJECTED YOURSELF TO THE AFOREMENTIONED ABYSMAL BVS) death of Superman, the government finds itself antsy at the idea that superheroes could turn against them on a dime. They bring in special agent Amanda Waller (Viola Davis), who has a novel idea with regards to assembling a task force: release dangerous criminals with supernatural abilities from jail, implant them with a chip that can be activated to kill them at any time should they get out of line, and offer them some kind of plea bargain in exchange for their protection services.

Good news: Suicide Squad suffers from pretty much all of the same things that other superhero movies suffer from, rather than inventing its own new batch of fatal flaws. The first half-hour (which consists mainly of the squad being formed) is heavy on the clunky exposition, going as far as to expose the squad’s dastardly stats on-screen like villainous baseball cards. It’s also here that the film uses most of the Hot Topic day-glo aesthetic prominent in the promotional materials; thankfully, the film moves into a less aggressively dated visual language later on. Director David Ayer relies heavily on hacky pop-music cues early on in the film as well (a character from New Orleans is introduced with a CCR song, a fight scene is set to Black Sabbath’s “Paranoid,” a triumphant return is underlined with Eminem’s “Without Me”), a tacky and annoying decision that also fades away as the film goes (though not before we’re treated to Panic at the Disco!’s terribly uninspired take on “Bohemian Rhapsody”).

There’s been a lot of talk of reshoots and executive panic behind the scenes of Suicide Squad, but even without the confirmation that the production was covered in flopsweat throughout, the film feels cobbled together. The tone is all over the place, and several of the supporting characters are given the short shrift overall, but the biggest casualty of all this wobbly restructuring is the villain.

Almost all superhero movies have villains that are, relatively speaking, way less interesting than their heroes. Here, the heroes themselves are also villains, so the properties of transitivity suggest that the villain here is the worst ever. She might not be, but the Enchantress comes close. Honestly, it took me over an hour to confirm the fact that she was indeed the film’s main villain and not just some deus ex machina demon dropped in to obfuscate the squad’s real mission.

Deadshot unsurprisingly takes the lead as Suicide Squad’s moral and emotional centre. He’s got some shit going on with his daughter and he’s played by one of the biggest movie stars in the world, so naturally the film starts revolving around him. Smith slips rather easily into the world of superhero movies, and his charismatic performance does a lot to bolster the film. Robbie is also great as Harley Quinn, probably the most awaited aspect of the film. She brings levity and humour, though her character is unfortunately saddled with all of the Joker bullshit.

Jared Leto steps into the shoes of the Joker, who’s essentially a glorified cameo intended to set up another film somewhere down the line, and he’s almost certainly the worst Joker ever filmed. Imagine Johnny Depp and Tim Burton making a mall-goth Joker movie in 2005, and it still doesn’t quite convey how tacky and lame the Joker is here. Thankfully, we don’t have to worry about a full Joker movie for a while.

The action’s decent, the leads are charismatic (Ayer even manages, as I mentioned above, to breathe some life into Aussie sack of flour Jai Courtney), the jokes resolutely dadesque, the tone’s uneven, the stakes are unclear — it’s obvious that Suicide Squad is one hell of a mess, but a mess is preferable to a bore — and it’s probably more than halfway to good. ■