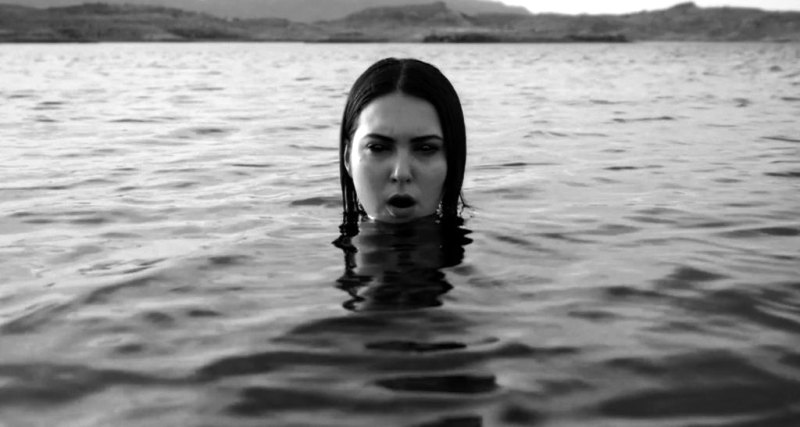 Summer is festival time across North America, the U.K., Europe and beyond, meaning that the season doesn’t generally offer a lot of downtime for working bands. Some locals may be enjoying a little calm before the storm though — there will be loads of new records by Montreal bands coming out this fall, and a number of these acts have recently previewed their forthcoming LPs with creative music videos.

See some of them below, along with new videos by acts at the end of their album cycles, who will soon be settling into songwriting and recording season (ie. winter).

You may know Camille Poliquin as half of Milk & Bone but her solo act Kroy has been making a lot of noise — chill pop, trip hop noise — this year. Directed by Laurence “Baz” Morais, this video puts visuals to the title track off her album River, to be released by Dare to Care on Sept. 23, and launched with a show that night at Artgang.

Take in the premium lounge lizardry and cabaret pop sound of Pang Attack in their new video, directed by the band’s singer Alex Hackett with Brendan Ko. The track will appear on their sophomore album North Country Psychic Girls, out Sept. 9.

Le Pélican Noir is a band of musicians and filmmakers: Sylvain Gagné and Maxime Corbeil-Perron make the new wave-inflected post-punk music and Charles-André Coderre and Guillaume Vallée (whose collective experience includes Jerusalem in My Heart and Hazy Montagne Mystique, and it shows). Their five-track EP Sous tes paupières les plages désertes luminescentes was released in Sept. 2015, but this is their first music video, “a hybrid process of live-improvisations with glitch-VHS and 16mm film,” using footage shot by Coderre on a trip to Burma. Le Pélican Noir play Divan Orange on Aug. 24.

Suuns keep things unsettling with their latest video, directed by Pamela Maddaleno, which reproduces the experience of observing someone taking hallucinogens for the first time, while completely sober (and a little nauseous). Basically, This is the alt world answer to that lame “I Took a Pill in Ibiza” video. Suuns released their latest album Hold/Still on Secretly Canadian back in April, and will be touring overseas for the rest of the year.

You may know singer/songwriter Jesse LeGallais as the frontman for CTZNSHP, a trio on the post-punk/shoegaze axis. Well, his new project Wishkaah — soon to release a record called I Must Be Dreaming of You on Sept. 6, followed by some POP Montreal shows TBA — changes the tone but retains some of CTZNSHP’s melodic kick and slightly gloomy underpinning. Check out this melancholy B&W love letter to Mile End.

Before Arcade Fire touring and promotion come around again sometime next year, Will Butler followed up his 2015 solo LP Policy with a live album (featuring five new songs), released in June on Merge Records. Check out Butler’s family doing their thing in this video for the title track, directed by comedian Jo Firestone.

Plants and Animals, “We Were One”

Speaking of home videos, check out the montage of family travelogue footage, directed and edited by Frédérique Bérubé, in this video from Plants and Animals‘ latest record Waltzed in From the Rumbling, released in May by Secret City Records. The band is playing the FME festival in Rouyn-Noranda on Sept. 4 and in Montreal, at the Corona Theatre, on Oct. 15.

Singer Abigail de Burgh Galwey, keyboardist Rudolph Chevalcha and guitarist Nick Hynes (formerly of Bran Van 3000) are Abigail & Bliss, a band whose eclectic sound encompasses everything from radio pop to cabaret torch songs to electro-pop to folk, soul and reggae vibes — their debut LP will be released sometime in October. This short film, written and directed by Nicholas Marakas, showcases one aspect of their sound, and an apparent love of movies like Mulholland Drive and Eyes Wide Shut.

The Luyas, “Says You”

Directed and animated by Amanda Bonaiuto, this is one of two animated videos recently released by alt pop band the Luyas (see the other one here), “Says You” is also the title track from their new EP, coming out on Paper Bag Records on Sep. 16. The band will play the POP Montreal festival at Divan Orange on Sept. 24.

Musician/producer Jesse Mac Cormack will be launching an album called After the Glow (on Secret City Records) with a show during the POP Montreal festival on Sept. 22. Sample his “serrated desert rock” sound in this video, directed by Frédérique Bérubé.

Electro-pop artist Mozart’s Sister is back with a new cassette single, “Eternally Girl b/w Angel” (Sept. 13 on Arbutus Records), but this month we have a sneak peek via this video — which, like the previous video, features lots of running, this time in familiar locations around Montreal (and surrounding Cult MTL‘s offices) — directed by Blake Gilley.

Five-piece alt folk band John Jacob Magistery launched their debut LP Phantom i/Are You Too Sensitive at the Jazz Fest this summer, making good on a promising pair of EPs. Watch this video, a narrative with the most backstage theatre drama we’ve seen since Birdman.

Chill-electronic producer CRi (aka Christopher Dubé), has put out a pair of singles from his latest EP Tell Her (see the NSFW video for the previous one here), available through the Young Art label, and this latest one comes with a video shot in Havana. CRi will play the Ancient Future festival in September.

Previewing their new album Les Frères Cueilleurs, out Sept. 2 and launching with a show at Club Soda on Sept. 16, Alaclair Ensemble have been getting some airplay with this goofy summertime video.

Acadian hip hop duo Radio Radio revel in the strange side of the great outdoors with this video (directed by Jean François Sauvé) for the title track from their latest album, released back in February.

Back in June, alt dreampop trio Caveboy (formerly known as Diamond Bones) released the video for a track from their 2015 EP Monochrome, directed by Amit Kehar. It’s been an eventful summer for the band, who also had a song on the new season of Orange Is the New Black.