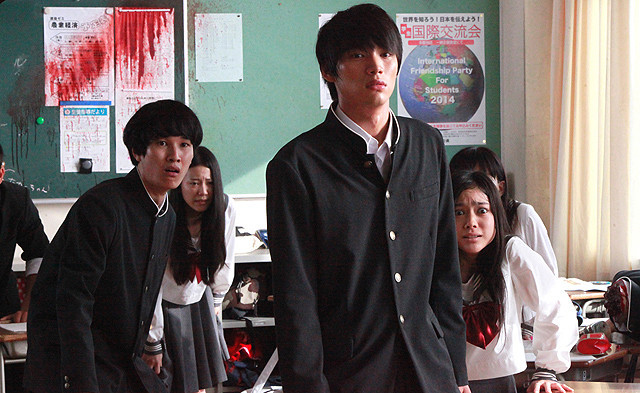 As the Gods Will by Takashi Miike

He is the auteur of Shock and Awe cinema. After more than 25 years of making V-cinema, fast, violent, low-budget and bizarre films, the notoriously prolific Japanese director Takashi Miike returns to the Fantasia Film Festival, which has screened 29 of his films for most of its 20 years.

This year the festival will honour Miike with its Lifetime Achievement Award, and he will premiere two of his latest feature films. I sat down with the celebrated director at Concordia University’s E.V. Building to discuss his new releases and reflect on his legacy and recurring themes.

Trent Lee: First of all, it is a tremendous honour to be interviewing such a very important contributor to the world of cinema. And congratulations on your Lifetime Achievement Award at Fantasia.

Takashi Miike: For me also, I am very glad I am doing this at Fantasia. We didn’t think of playing abroad when we were making it. It was the film crew who went before me and gave me a pretext to come here and I am very glad.

TL: Your films have been screened at Fantasia 29 times, so you’re obviously a festival favorite. How do you hope to mark this momentous occasion at the festival?

TM: I am a little stressed because I will see the film with some people that I never saw before, with people that do not have the same culture as me. Even if it is not appreciated by the public, this will be an interesting [experiment] for me. It’s a kind of a luxury to share this moment with other [people]. I want to enjoy this moment.

TL: What should your fans and audiences that have never seen your films expect from your films that are screening at Fantasia this year (Terraformars and As the Gods Will)?

TM: For people who are used to my films, they will feel something missing or not complete. But the film was made for lots of kinds of audience, even for the children, so that’s part of the work of the director. For the people who are watching my films for the first time, it will be easy to see. There is already the original Terraformars manga so I would like for people to see it more from the point of view of the Japanese. I want people abroad to think the Japanese are making something stranger than me. I like making something strange. The Japanese manga is already quite strange so in this point of view this is what I want people to think of Terraformars.

TL: Many of your past films, like Shield of Straw and 13 Ronin, are very political and ethically driven action packed films. They explore individual and political crime and corruption in Japanese society: Do you ever identify the source of this corruption?

TM: In all my films, there are a lot of people that think differently, but even if you see something different from the Japanese culture, like the Greek theatre, there is some common point. We can feel the human has a lot of things inside, and maybe if we were in different situation, even me, maybe I could be in a corrupt situation. We cannot know — it depends on the context of where and when you are as people. But audiences who watch my movies want to see the kind of people they’ve never seen before. Even if I cannot understand, I try to understand these people. I can find some beauty in what is not complete — something missing. I can feel beauty inside. And I want to watch what is inside. ■

Takashi Miike will be honoured with a Lifetime Achievement Award at the Canadian premiere of Terraformars at the Hall Theatre (1455 de Maisonneuve W.) on Saturday, July 16, 7:05 p.m., $11-$12 (limited capacity).

See our review of Terraformars here.

The screening of As the Gods Will on Sunday, July 17 is sold out.