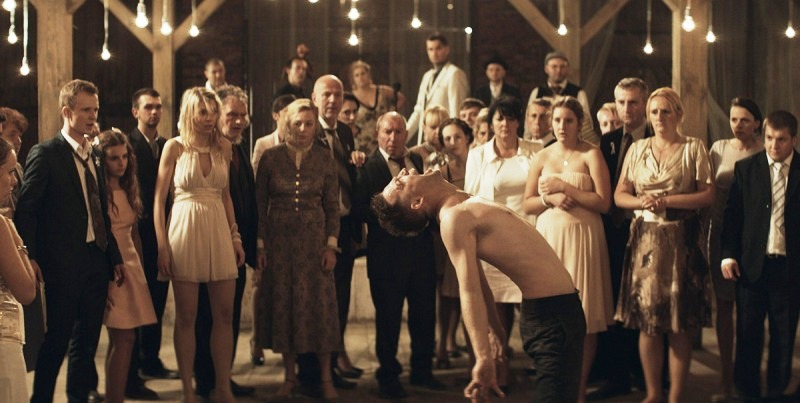 The late Marcin Wrona’s Demon wades through familiar territory in provocative and unnerving ways. It showcases a traditional Polish wedding gone horribly awry with its juxtaposition of jovial and frantic scenes. It should not be lost on viewers that Wrona was found to have committed suicide shortly after its world premiere last year at TIFF. Given the film’s content, this adds an additional layer of unease.

Much to the chagrin of her father, an archetypal patriarch, Piotr and Zaneta are about to marry and receive her grandfather’s property as a gift. The property also serves as their wedding site. During renovations, Piotr unearths a skeleton and eventually opts to rebury it, going on as if nothing has happened, because he knows that Zaneta loves the place more than she does him. His behaviour, however, becomes increasingly erratic and violent from that point on. Explanations abound as to the cause of Piotr’s deteriorating condition and Zaneta’s father struggles to save face and maintain control with copious amounts of vodka, while she desperately seeks a truthful resolution.

Demon draws from niche genres: possession, undesirable outsiders (the groom is British and the bride Polish), and dybbuks. What makes the film worth seeing is how it uses the wedding as a vehicle to examine Polish war guilt and holocaust denial. These themes become increasingly pervasive as it progresses, making it difficult to stomach at times.

The principal narrative follows a traditional, and therefore somewhat predictable, arc. Quintessentially East European in its mordant, very downbeat humour and its deliberate pacing, the compounding of the deeply unsettling content and the fragmentary editing make the film less gripping than it could be. One is left, though, with an increasing sense of dread and discomfort as the transition from celebration to nightmare occurs. (Katie Ferrar and Mark Carpenter) 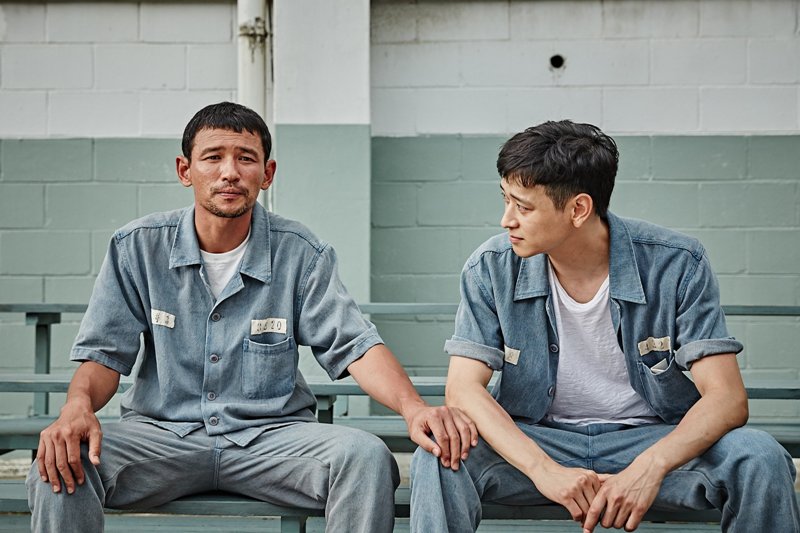 Korea’s vice-like grip on brutal crime thrillers could lead one to believe that that films like The Chaser or I Saw The Devil are the standard in their industry – but that would be like saying Mommy is your average commercial Québécois film, rather than something like Les trois p’tits cochons 2. A Violent Prosecutor is the highest-grossing Korean film of the year of the year thus far, but it has a lot more in common with slick American action thrillers than it does with the tortured films of Park Chan-wook or Kim Jee-won. There’s nothing wrong with a bit of breezy, popcorn action, but don’t expect A Violent Prosecutor to be anything else.

Byun Jae-wook (Hwang Jung-min) is a criminal’s worst nightmare; beholden only to the pursuit of truth and justice, he’s a fearsome prosecutor who’ll stop at nothing to see justice prevail – even if it means a little head-bashing. When one of his perps is found dead after a presumably long and arduous interrogation, Jae-wook is jailed. He knows, however, that h’s been set up by a corrupt network of politicians and fellow prosecutors that would rather see him behind bars; after years in jail, he reluctantly befriends a young, hot-headed con-man (Kang Dong-won) who proves to be the key to righting the wrongs and getting revenge.

Propelled by an insistent jazz-funk score that positions it as somewhat of a throwback, A Violent Prosecutor skews much closer in tone to something like Ocean’s 11 or Now You See Me than the aforementioned brutal Korean thrillers. It’s totally po-faced but slick and propulsive, a movie for movie stars to strut their stuff and walking towards the camera, smiling, while the rest of the world is left dealing with their brilliant connivance in the background. Although it falls victim to the oft-fatal crime of over-explaining everything all the time (even the credits give you a little freeze-frame bio of every character before you’ve even met them), it’s solidly entertaining if more than a little rote. (Alex Rose) 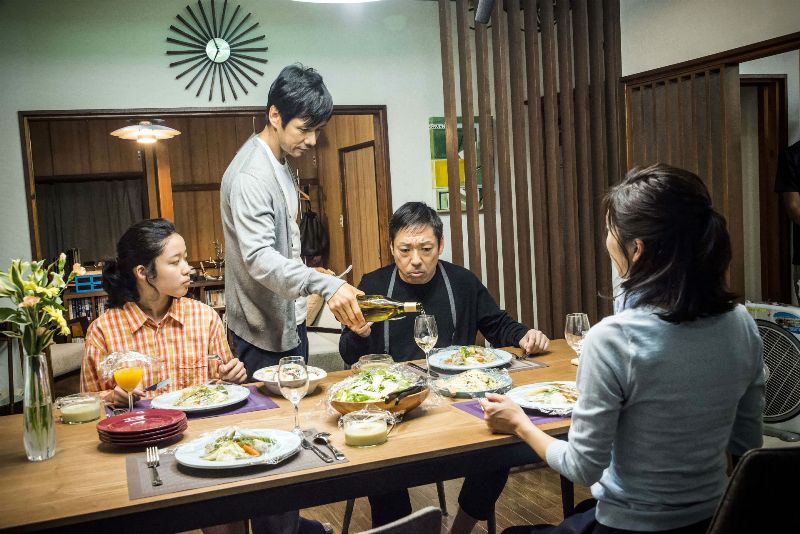 Director Kiyoshi Kurosawa’s collaboration with actor Teruyuki Kagawa first gave us 2008’s poignant Tokyo Sonata, a reflexion on Japan’s conformist family values and surrounding issues. Kagawa’s performance as the inept family man in that film was nothing short of brilliant. It would be natural for your expectations to run high for the pair’s latest effort, Creepy.

Takakure (Hidetoshi Nishijima), an expert in criminal psychology, chooses to leave the police force and to reinvent himself as an university teacher after a blundered case that almost killed him.

As they move into their new home, the ex-cop and his wife Yasuko (Yûko Takeuchi) meet their disquieting neighbour Nishino (Teruyuki Kagawa); distant at first, he eventually seems to take an unnatural interest into the couple’s life.

Meanwhile, already bored with his university duties, Takakure dives into a cold case involving the disappearance of a family. Sharing the itch to solve the mystery, his ex-partner pops back into his life with new leads. With the creepy Nishino is intruding more and more into his life, Takakure starts to suspect that his neighbor might be somehow linked to the missing family.

It would be underselling it to call Kagawa’s interpretation of the worrisome neighbour “creepy.” The actor portrays the character superbly in his physical performance, but also through pushing his very unique looks to make his face appear downright grotesque. Unfortunately, Creepy‘s promising story, based on a novel by Yutaka Maekawa, eventually falls flat, leaving the viewer to grapple with an annoying plot hole. This could have been a great movie, were it not for some lazy writing towards the end. (Alex Rose)