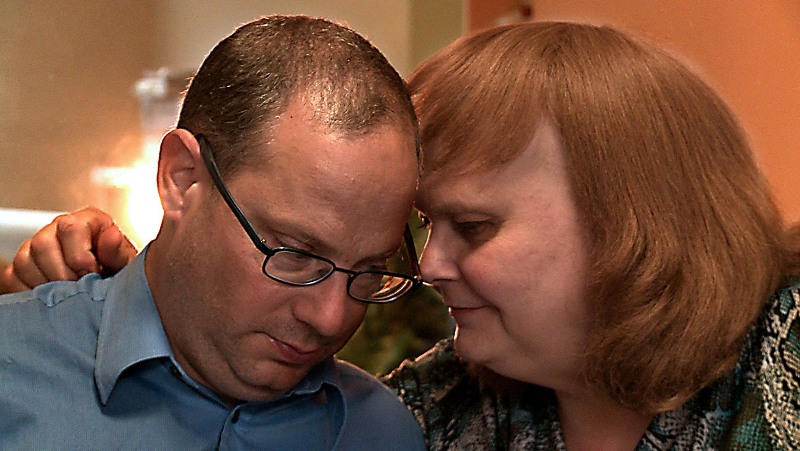 I hate the old “truth is stranger than fiction” adage for how overused and ultimately meaningless it has become over time, but I certainly kept it in mind watching Alon Kol’s Transfixed; not because any one element of it is particularly strange, but because this is the kind of story that could only be 100 per cent truel. Dress it up in a three-act narrative and the film crumbles under the weight of implausibility; this could only ever be real and never “realistic”, for lack of a better word.

Martine and John have been in a relationship for at least a decade. On paper, they are as average lower-middle-class as it gets: she’s a janitor and he’s a bus driver, and they live together in a cramped Toronto apartment with their three cats. Martine is a pre-op transwoman who has been living as a woman since the mid-’90s; she has Asperger’s syndrome and collects vintage TVs and licence plates. John has Asperger’s and Tourette’s (though, as he points out immediately, his Tourette’s doesn’t involve swearing), which makes intimacy more complicated and less obvious than in a “traditional” relationship. 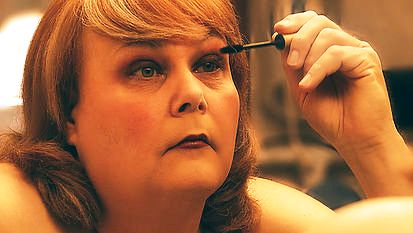 Martine and John don’t sleep in the same bed and, despite living together for years, have never had sex. Martine was in line to receive surgery before the Harris government modified criteria and stopped paying for sex reassignment surgeries. Having become an activist in the field and rapidly approaching 60, Martine decides to go ahead with the surgery.

It would be easy to see Transfixed as being somewhat of a gawking look at these people — Martine and John have several aspects of their lives that are documentary-worthy by themselves. Kol’s approach is not “look how strange or unusual their lives are” but rather “look how unique this particular situation is”; it’s less about a particularly unwieldy situation and more about how circumstances pile up to complicate lives that don’t necessarily need to be too complicated.

Much of the film focuses on Martine’s surgery. Refused by a Montreal doctor because her way would bring on too many complications, she instead deals with a hilariously blunt Philadelphia doctor who sort of looks like Bob Balaban. Martine and John also plan to get married, which puts some strain on their finances and forces John to put in extra time at work.

In the broadest sense, Transfixed is not likely to be relatable from top to bottom for a wide audience. I can’t imagine too many people seeing this as a mirror reflection of their own lives, but what’s great about the film is how universal most of these problems prove to be.

The production values of Transfixed aren’t amazing. It’s pretty roughly put together and sometimes technically barebones. It was obviously made on the cheap and the timeline can be confusing (though, looking back on how often I use this as a criticism of docs, maybe my conception of linear time is lacking) but it’s completely fascinating and intriguing just the same. ■