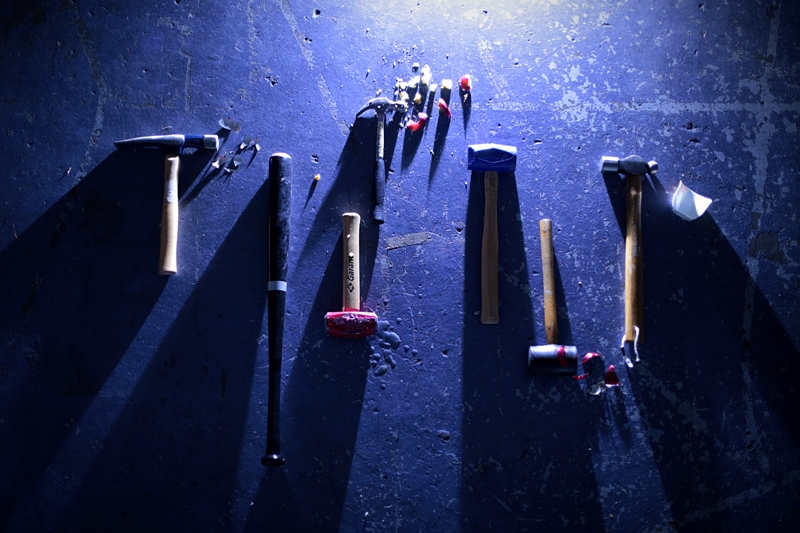 The avant-garde, protean, ever-present Quebec dancer/ mover Anne Thériauit joins forces with installation theatre genius Martin Messier to explore the heaviness, lightness and grace of our dark desire for destruction. Ever wanted to just throw your computer out the window or throw your cell phone across the room? What are these tendencies to violence? Do they arise from the over-stimulation and over-consumption in our society? How can we explore this drive, and find beauty within it, with grace? I spoke to Messier and Thériault’s about the idea of beautiful destruction in their FTA performance, Con Grazia (With Grace).

James Oscar: In the trailer for Con Grazia, we see images of tools and demolition but the content of the show remains somewhat mysterious for the audience. What will we be seeing on stage in this show?

Martin Messier: The basic theme of this show is to work with objects that will be destroyed during a performance. We gave ourselves a mandate, asking ourselves, “Is it possible to do a performance which consists of destroying objects?” The initial idea was to work with the sounds, the physicality of hitting (objects) and destroying them, but then the idea was rendered more poetic. There is a series of images done just with the strobing flashlight; some objects are lit in a way that suggest humans interacting with objects without necessarily always hitting or destroying them; there are robot machines that slow down the visual perspective of humans hitting objects. The show is subdivided into five sections on various themes like this.

JO: I thought of the film Falling Down with Michael Douglas, where a man makes a conscious decision to explode with violence one day. Breaking objects can provide a kind of catharsis. Was that need for catharsis, perhaps due to feelings of oppression in our society, a big part of the conception of Con Grazia?

MM: Absolutely. I wanted to explore that moment where we want to be really violent, completely irrational. Sometimes that feelings lasts just a few seconds, not long. But the end result of the show is not exactly that, not that at all, but the show makes reference to this idea.

We are not two completely violent people on stage breaking everything up — we don’t give out that energy. We decided to stay with something  more soft, energy-wise. A lot of people would love to let themselves go but we do not allow ourselves to do so — we decided to keep it in. 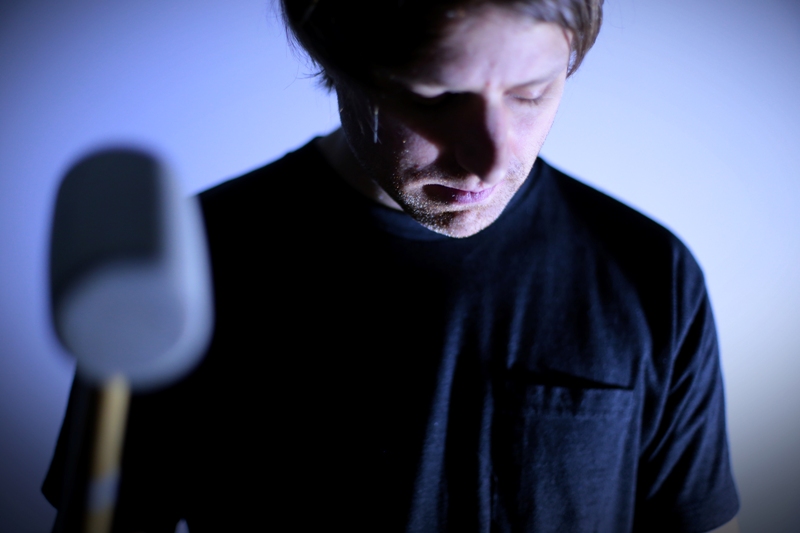 JO: The description of the piece says that this is a “troublesome ode to the agony of the material world.” Can you elaborate on this?

JO: Can you describe how the music will sculpt the piece with Anne’s movement?

MM: In the idea of destruction, in the idea of creating a show where we destroy things, we asked ourselves how destruction could become beautiful, soft. This was something very subtle and posed a super big challenge to us. It took an enormous amount of time to find this and to find the dispositif key/template  for all of this. We found a certain softness in certain moments. There are also grand, radical moments. But I will tell you the music is there to support the dance on stage and not to be music for its own sake. It is not a musical performance. 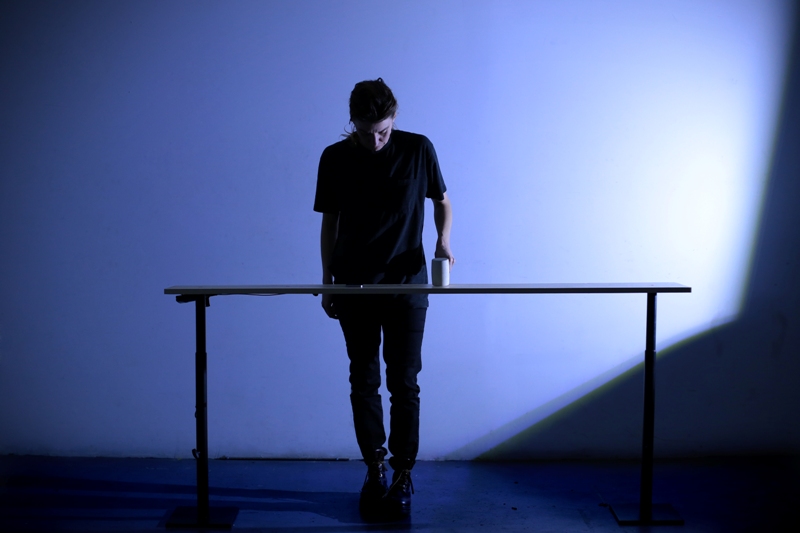 JO:  Can you speak about Anne Thériault as a dancer?

We did so much research on this piece and she really is like an idea-machine — the ideas just never stop coming. She is someone whose own work has perhaps not been seen as much in the last few years. I think the last piece she presented with me was at the FTA in 2011. She is someone who has a very non-traditional approach. She works a lot with light and movement, as you see in the trailer. This is very Anne Thériault.

For this project, she thought about lighting, using pocket flashlights and other techniques. She is very much in that spirit. She brings great attention to the way the light will move, how the objects will be manipulated. We see this in the show — all the quality of precision she brings to her dance, her attention to the movement she brings. In terms of collaboration, it really is half half.  People often refer to me as a compositor but I had the ideas for the project as much as Anne. We worked on just about everything together. We each have our strengths and weaknesses but it is really 100 per cent co- creation. Each idea discussed, all has to be approved by both of us so it really is democratic.

JO: Can you explain the title Con Grazia (With Grace)?

MM: It comes from a musical signature. It has to do with references in musical partitions, where  there is the notation “con grazia”  to tell the musicians that certain parts of the musical piece have to be played with grace. Initially, I wanted to do a project where we could break objects while playing  music, like I told you earlier so it was all a reference to this. We kept the title because we think that among all that happens on stage, the grace of the object remains; these objects which are beautiful that we try and valorize. Also in other senses, there is the idea that destruction, even if it is seen as violent, it does not necessarily mean that it is something ugly. Destruction can be done with grace. ■