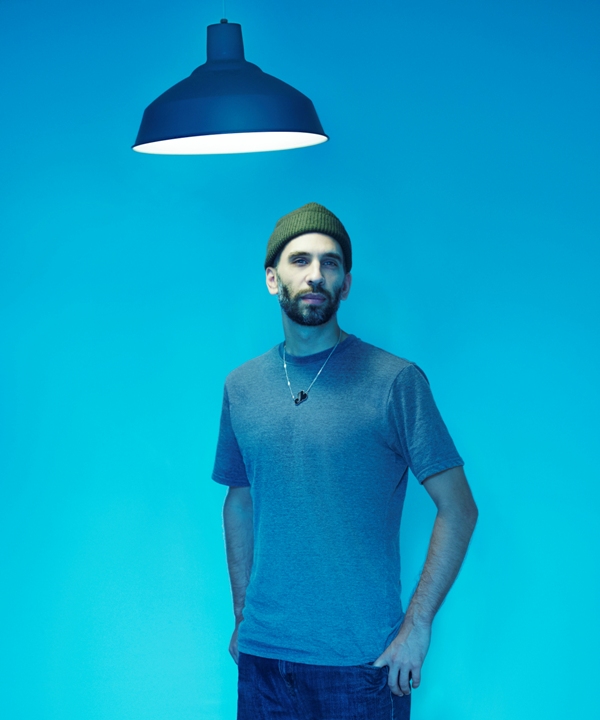 Ghislain Poirier doesn’t stay in one place for too long.

The veteran Montreal producer/DJ emerged in the early aughts with a broken, electro-bounce take on traditional boom bap, but it also turned out he really liked to spin Caribbean music.

Coming of age in 1990s Montreal, Poirier was also fond of techno. Rather than choose between any of them, he made it his business to do it all, and to take in the entire planet along the way.

So the title of his 10th solo album, Migration, speaks volumes — a reggae record that carries the listener from the
slog of Montreal winter to the sunshine of Jamaica and its upbeat soundsystems.

But there is a political underpinning to the joy.

“Corporations and governments often push individuals and communities over the edge with violent laws, untenable
measures and continuous conflict,” Poirier writes in his artist statement.

“These entities restrict our movements and liberties, to establish a type of chaos suitable for exploitation. It’s time to break that stranglehold and to bring a new unity that is not motivated by making profit, but motivated by caring about people.”

He elaborates by phone.

“There’s the science world, and then corporations with more rights than anyone in society. So I don’t think there is one country better than any others. But there is always action, and people working together and that’s happening here and in other places. It may not yet be something that is at the forefront, but we can’t let this stuff just go on forever. It’s absurd.”

“It’s very important to detach corporation and government,” he continues. “They aren’t working apart from each other. Both are walking hand in hand, making sure corporations get what they want.

“This is why I say ‘violent’ measures, or violent laws, because it’s very violent on the ground. You feel it when there is a cop in your own sector, and they do violence. This is not like, innocent.”

“There were two key elements in the making of Migration,” says Poirer. “First of all there is the process of making
Boundary [his other music project], and secondly the process of working with Face-T on his EPs, where I’ve been more of an executive producer. In both processes, I involved other musicians, like session musicians to execute my ideas a little bit better So it was kind of a humbling experience to discover that one person may not be able to do it all to perfection.

“Then, I had a little note over my desk, and it read ‘Sweet reggae music.’ I wanted to do something a little catchy, or
poppy, in a way — that doesn’t mean the whole album is like that, obviously — but I was trying to reach that zone a little more.”

“I see myself as a creator, so that is definitely my focus,” Poirier concludes. “If I wasn’t creating, it would be hard for me. I enjoy playing live, DJing, I enjoy it all. But at the core, it’s the fact that I’m creating original music that leads me to continue.” ■