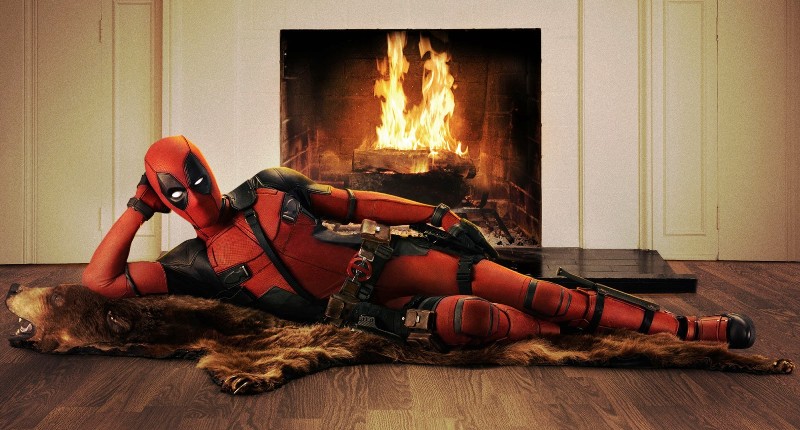 One of the factors that led to this current never-ending onslaught of superhero films was the relative maturity of Christopher Nolan’s Batman films. They took superhero films out of the bright and colourful and into an edgier space where one could almost forget that these were originally meant for teenage boys. The problem with the continuing popularity of comic book adaptations is that many of the most beloved, recognizable characters never really moved beyond that original aim. Studios are understandably pretty wary about sinking millions and millions of dollars into a non-starting franchise when they could just reboot Spider-Man for the 700th time.

That’s where Deadpool comes in. Originally introduced in the early ’90s, Deadpool has had many different uses in comic books over the years. He has no set origin story and no real allegiance — even in the comics, he’s a vulgar, fourth-wall-breaking anarchist trickster who has little use for any and all of the “rules” of superhero movies. He’s both a perfect subject for a movie and an inherently tricky one. He’s the kind of character who will call someone a taintstain before decapitating them, and it’s meant to be taken both at face value and as an inherent takedown of that kind of edgy comic-book posturing. After an extremely false start as a supporting character in the very horrible X-Men Origins: Wolverine, Deadpool finally gets his own movie thanks to the dogged determination of Ryan Reynolds.

Wade Wilson (Reynolds) is a mercenary who avenges good people by shaking down the bad people in their lives for a decent fee. The only people that can crack the perpetual smirky obnoxiousness of Wilson are his friend Weasel (TJ Miller), a bartender at the mercenary dive bar, and his fiancée Vanessa (Morena Baccarin), a prostitute with a heart of gold who shares Wilson’s propensity for dark humour. Dark humour isn’t quite enough when Wilson is diagnosed with late-stage cancer; not wanting to slowly fade away in front of the love of his life, Wilson takes off and falls into a bizarre experimental program run by a mad scientist (Ed Skrein) that’s meant to cure his cancer. Cure his cancer it does, but it also leaves him horribly scarred, super-agile and somewhat immortal (though severed limbs take some time to grow back). Ashamed of what he’s become, he dons a skintight superhero suit and becomes Deadpool, an avenging superhero with the single-minded purpose of destroying the man who disfigured him.

Operating on a much smaller budget than most superhero movies, Deadpool makes the most of limited means by focusing on shenanigans rather than action scenes (there are really only two show-stoppers of any import). Reynolds’ Deadpool is a profane, motormouthed smartass who fires on all cylinders at all times. The film’s sense of humour is closest to that found in the films of Matthew Vaughn (particularly Kingsman and the Kick-Ass films), a breezy, fratty, meta array of jokes where references to Wham! and country singer Ronnie Milsap dropped in between graphic violence and parkour sequences. Granted, in the world of comedy, this kind of stuff isn’t particularly original and somewhat trapped in a 2005 Maddox/Dane Cook vortex — in the world of dour, self-serious superhero movies, though, it pretty much passes as subversive.

Nothing in Deadpool would work without Ryan Reynolds. Having championed this project for over 10 years (it was first developed in 2004, after Reynolds stole Blade: Trinity with a character that has many elements of proto-Wilson), Reynolds finally gets to be the character he’s good at in the right context. Although consistently handsome, ripped and charismatic, Reynolds has consistently delivered his best work as loveable losers who exist in a world where their smart-alecky, rapid-fire patter is charming to no one more than themselves. Any time Reynolds has been employed in the way one of the millions of Australian hunks currently working is employed, he’s completely wiped out. Wade Wilson is the closest thing to a perfect encapsulation of the Reynolds film persona we’ve had yet, and Reynolds really gives it his all.

Deadpool ranks alongside the “funkier” superhero movies (Guardians of the Galaxy, Ant-Man). Like those films, it has a mostly terrible and interchangeable villain but makes up for it with energy and chutzpah. Its universe is not as rich as the one in Guardians and its visuals not nearly as playful as Ant-Man’s (director Tim Miller also shares with Matthew Vaughn a slick, beer-commercial aesthetic), but it’s fun while it lasts. ■