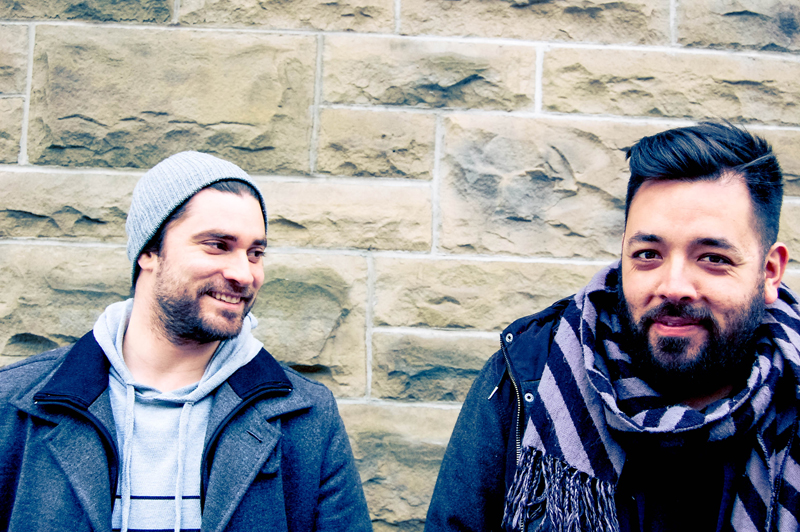 A bilingual theatre company called PlayShed is taking root in town with a team of partners and collaborators that will make Montreal theatre followers sit up and notice. Launched by three partners — Kristen ‘Birdie’ Gregor, Jimmy Blais and Olivier Lamarche — who have all spent the past decade or so honing their talents and building ties in the stage production world since coming up through Concordia’s theatre programs, PlayShed is poised to make a big entrance at MAI this week with their production of British playwright Mike Bartlett’s play Cock. It’s a work that explores the, uuuhhh, ins and outs of our ever more fluid understandings of sexual orientation, attraction and identity.

“It’s the story of John, a gay man who’s been in a long-term relationship with his boyfriend for several years and they have a rift, and then he accidentally meets this woman and they fall in love and sleep together,” Lamarche explains. “Then he’s stuck between the two and is getting pressure from both parties to make a choice.”

“A lot of people are going to watch this and recognize themselves in all of the characters,” adds Blais. “It’s about your role in a relationship — what you want from it, what you get from it and how hard it is to be in a relationship. It’s funny and sexy and gut-wrenching. You go through the whole gamut, and that’s why it’s such a good play. It’s very human.” 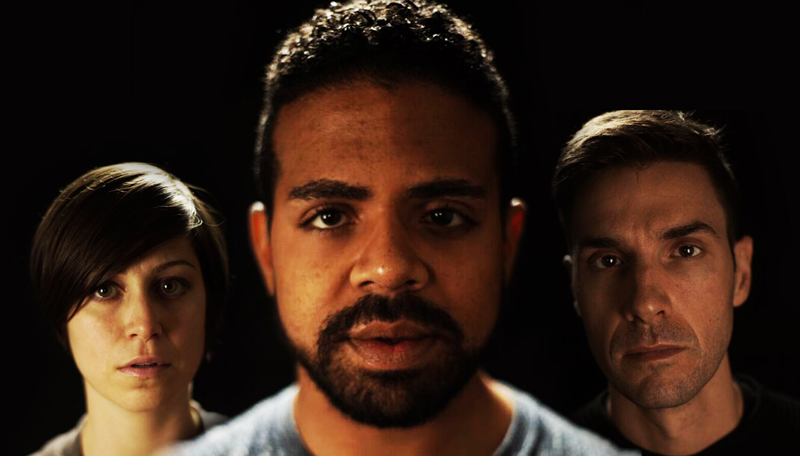 The cast of Cock

“If you look at the cast and the crew, they represent a lot of what we were trying to show with our company, who we’re trying to work with,” says Lamarche, who emphasizes that diversity and sustainability are core values for the new company. “They’re all bilingual actors and it’s mostly women in the crew with us. Everybody’s excited about the same thing and just wanted to work on something new.”

For PlayShed’s founders, it was important to choose a play with a foundation based on a good story with human connectivity as opposed to one that required a lot of showy visuals to compensate for weaknesses in the text. According to Lamarche, “We’re really interested in storytelling and dialogue between characters rather than visually showy theatre. I think most people in theatre would agree that everything starts off with a good script and a good story, and if you don’t have that, you sort of have to make up for that in other ways. All we want to do is tell strong stories that are compelling and real.”

Two talkback nights (Feb. 5 and 12) will feature invited guest speakers from organizations that serve the LGBT community. “Rather than a classic talkback with just the actors and directors, we want to have someone from different organizations to come in and moderate cool discussions where people can feel free to ask whatever they want,” says Lamarche.

Going forward, the team behind PlayShed plan to produce original works, created in-house or commissioned. Blais explains, “If you’re motivated to create a company to produce theatre, there should be a story you want to tell. The idea of commissioning a work or creating a work on our own just makes sense — it’s a responsibility that we have. We have voices and we have ideas and that’s one of the reasons we put this thing together.”

With Cock as their inaugural production — a play that explores societal issues like the impact of shifting social codes on the ways we understand and perform our identities — PlayShed is well positioned to make its mark as a production company focused on works that spark conversations about relevant issues we grapple with today.

“We want to have people talk about certain issues and think about the environment they’re living in once they exit a show,” says Lamarche. “There’s a change going on and the cultural fabric that we’re living in is really shifting a lot. As we go on with the company, we really want to explore those issues.” ■

Cock will be presented at MAI (3680 Jeanne-Mance) from Jan 29–Feb 14, 8 p.m. nightly from Wednesday to Sunday, $25. There will be a PWYC preview on Thursday, Jan. 28 at 8 p.m. Tickets are available here. Visit PlayShed’s official website here.