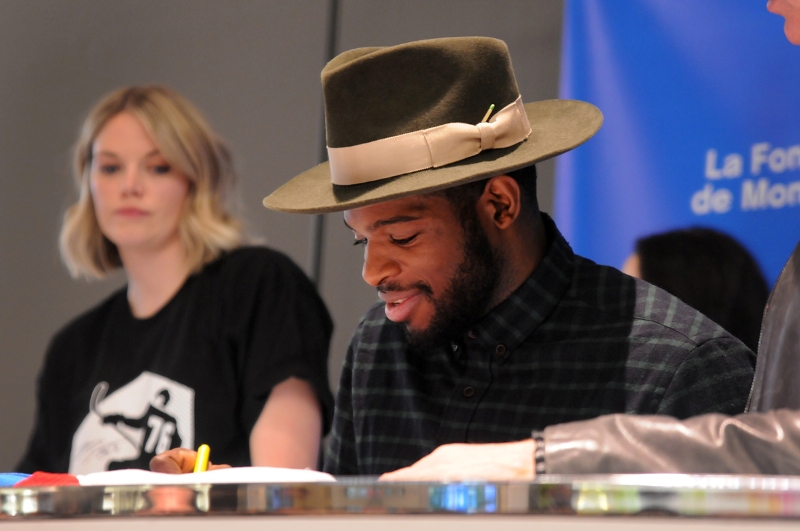 Hockey and a good cause came together on Sunday afternoon at Carrefour Laval, where Montreal Canadiens defenseman P.K. Subban made an appearance for a fundraising autograph session.

Hundreds waited in anticipation for the Habs superstar, who arrived to sign limited 76 Winter Classic jerseys that were being sold on site. Not only will all proceeds from jersey sales go to the Montreal Children’s Hospital, but Sports Experts will donate an additional $100 to the Children’s per jersey sold. This follows an active fundraising period for Subban, and the announcement earlier this year that he will donate $10-million to the hospital over seven years.

This appearance — and the jersey — was also a bit of promotion for the Habs’ upcoming Winter Classic outdoor game against their Original Six rival the Boston Bruins, happening on New Year’s Day in Boston.