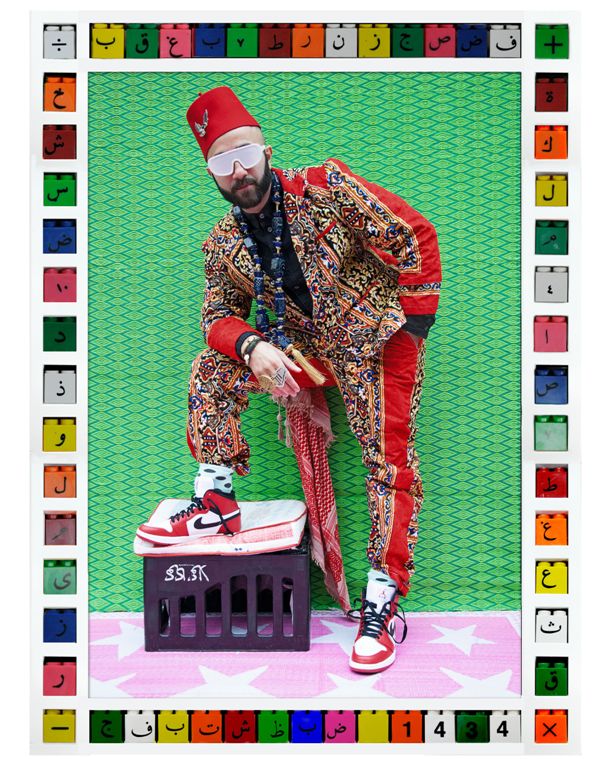 Yassin Al-Salman, aka the Narcicyst — and, today, simply Narcy — should hardly require an introduction ’round these parts or across planet rock after 10-years-plus of goin’ in full tilt.

His artist collective, the Medium, has been busy presenting shows, seminars and exhibits worldwide, and well-received mixtape series, EPs and full-lengths, most recently an LP called World War Free Now, which he performs in its entirety at Place des Arts on Nov. 6 with a fundraiser concert, Narcinerama, with $5 from each ticket benefiting Iraqi and Syrian refugees.

I spoke to Narcy ahead of this unique, one-off, class-act show.

ON HIS PDA CONCERT

“This show is a stripped down version of what I’ve done before. I have musicians from Concordia joining me, a seven-piece choir and a string quartet. My brother Sandhill is manning the boards, (wife) Sundus Abdul Hadi is handling visuals, Meryem and Tali (of Nomadic Massive) are there. My good friend and one of my favourite artists Ian Kamau is doing a solo track. Stefan Christoff, who I’ve known since I was started making music, will be doing a solo track, too. So it’s a collaborative show. It’s a contemplative show. It’s a heavy one, as opposed to an energy-filled spectacle. It’s more musical and structured.”

ON INTENT
“I wanted to do a fundraiser. I wanted to do a hip hop show at Place des Arts. I wanted to give back to Syrians and Iraqis, who people always forget about. I wanted to perform my record in an unorthodox space and fashion. I wanted to challenge the thought process around music and the impact of art. I also wanted to see if people in my city will support something that is not about the artist, but about the people. I would like for people to leave with a sense of pure intent and heart. This is about others and doing for the world, as opposed to self.”

ON THE HEART OF THE CITY
“Montreal is not an easy landscape — the language barrier, the limited economic gain. I’ve seen the true colours of many socalled art centres in their exploitation of local artists. People get taken advantage of here quite often. Promoters don’t pay. “So go get yours. Don’t rely on the infrastructure, start your own. Learn the landscape and how to navigate it, don’t just complain. I lay low until the right opportunity comes up, then I go for it 100 per cent. Think about how you present yourself now, because that will come back to you in the future. And never EVER sell yourself short. Don’t do shit for free. Unless it’s for a cause bigger than you. Don’t work for free for someone else. Every dollar is another studio hour. (And) always be aware of the next person’s intentions.”

ON FATHERHOOD
“I don’t work for me anymore. I am more aware of what I say. I work 100 per cent harder. I put love in everything I do. I am less angry at the world and more worried about the future. It’s a paradigm shift that is completely different to what I expected the change to be. It is the most beautiful, impactful and simple stage of life. You learn to appreciate your family and to take the baby steps with ease in everything you do. Babies > Adults.”

ON WORLD WAR FREE NOW
“(It’s) sort of a departure from my old stuff, and it’s about Yassin more than the Narcicyst. Hence the name change (to “Narcy”), too. I think culturally, internationally, everything is so fleeting. There is space for every kind of voice in music — let alone hip hop — but if you look at information in general, we do not retain or experience long-term impact as we used to. Currently, our matrix is mad fickle and ADD. It will come back around, like it always does. The Internet just has to implode on itself.”

ON PARTY’N’BULLSHIT
“Every day (I think about taking that route). And I do. People just haven’t heard it yet. But even if I did the P’n’B music, who said people are ready for that? Can a Young Arab get money anymore?” ■