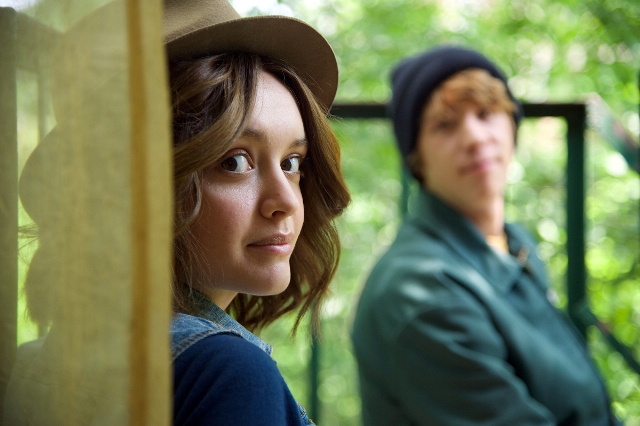 Almost everything about Me and Earl and the Dying Girl places it 10 years ago: the record-setting Sundance purchase price, the flippant-but-emotive approach to death and tragedy, the Brian Eno score, the frequent homages to classic film, the supporting cast of primetime TV ringers — Me and Earl and the Dying Girl is the kind of indie dramedy that proliferated at such an alarming rate in the early 2000s that they essentially wiped themselves off the map. There’s no telling whether Alfonso Gomez-Rejon means for his film’s style to be knowingly retro (and if so, the window between the height of a trend and its nostalgic resurrection is becoming depressingly small) but it too often feels like a film out of time.

Greg (Thomas Mann) is your typical, cynical indie-movie high schooler. He has nothing in common with all the others he goes to school with, he’s deathly afraid of confrontation, he has an overly-concerned mother (Connie Britton) and wacky tenured-philosophy-prof dad (Nick Offerman) who spends the day watching movies and eating foreign snacks. Greg’s major concern in life is making lo-fi remakes of classic cinema with his best friend Earl (RJ Cyler), low-brow (and lower-budget) affairs that more often than not feature scatological wordplay and twee-as-fuck cover art. Greg’s mother informs him that Rachel (Olivia Cooke), a schoolmate he’s barely ever interacted with, has been diagnosed with leukemia; despite the fact that this fucks with his carefully calibrated plan of remaining just a little bit ostracized from everyone else for maximum teenage angst milking, Greg takes his mother’s suggestion and begins to spend time with Rachel. 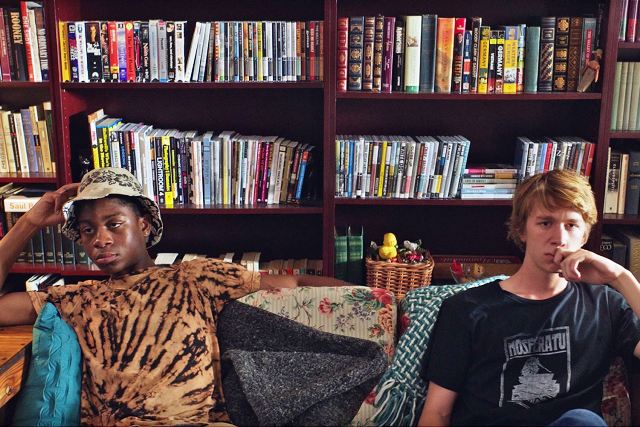 Me and Earl and the Dying Girl takes a page from the Catcher in the Rye book of fiction by focusing all of its energy on the mostly pedestrian growing pains and angst of the befuddled, nerdy, mildly obsessive, chronically lazy, middle-class, white teenager. Having been one of these myself (one similarly obsessed with classic films, though my Herzog impression pales in comparison to Mann’s), I can safely say that the feelings contained therein are mostly of interest to other frustrated, greasy-browed teenagers.

Gomez-Rejon makes it unclear whether we’re supposed to find Greg’s extreme self-obsession, self-mythologizing and sarcastic martyr complex relatable or whether we’re to deem it pathetic; in that sense it resembles another touchstone of sensitive-boy-cinema, 500 Days of Summer. Much like Joseph Gordon-Levitt’s character in that film, Greg registers to 28-year-old me as a fundamentally pathetic character whose immaturity (both natural and fabricated) sets him up for inevitable failure. The younger me wouldn’t have agreed, though, but unless you happen to fall into that perfect intersection of weinerdom, it feels like misguided pandering.

It doesn’t help that everything that isn’t Greg in the film is much better than everything that is. Cyler and Cooke’s characters aren’t given much to do besides help Greg figure stuff out; they’re cogs in the movie that bears their name. Despite the frustrating nature of Me and Earl and the Dying Girl’s script, the moments involving Rachel are often actually quite moving and charming. The film’s constant sneer of sarcasm and angst gives in to a sense of refreshing levity as the characters avoid dancing around difficult subjects and approach it with a coarse sort of honestly that one would expect from the rest of the film. Unsurprisingly, the bits about this teenager-with-cancer movie are the ones with the teenager with cancer; a little less obvious is the fact that these make up a surprisingly small part of the film’s running time.

I have to admit that I walked out of Me and Earl and the Dying Girl with a certain sense of satisfaction: it’s well-shot and well-acted and not exactly as cloying as I would’ve expected given the subject matter, and it reminded me fondly of the sensitive-and-intellectual-young-man streak of films that I enjoyed when I fancied myself such a thing. Between the time I walked out of the film and I started writing these words, however, the cracks in the film’s facade started showing through: the off-putting egocentrism of its main character, the facile pandering of its endless film references, the blatant Criterion Collection pornification of its production design and direction…

It occurred to me that I would have loved or certainly deeply felt this film 10 years ago, but it was not for me that this film was made. It was for the next generation of consciously lovelorn dorks who file their DVDs by catalogue number and fail to grasp the world around them as they desperately wait for the world to grasp them instead. Maybe 10 years from now you’ll see the same cracks I saw, but for now, enjoy. I’ll hold on to my Garden States and my Eternal Sunshine of the Spotless Minds and my 500 Days of Summers.

Actually, you can keep Garden State. You need it more than I do. ■

Me and Earl and the Dying Girl opens at the Cinéma Cineplex Forum (2313 Ste-Catherine W.) today, Friday, June 19. Watch the trailer here: