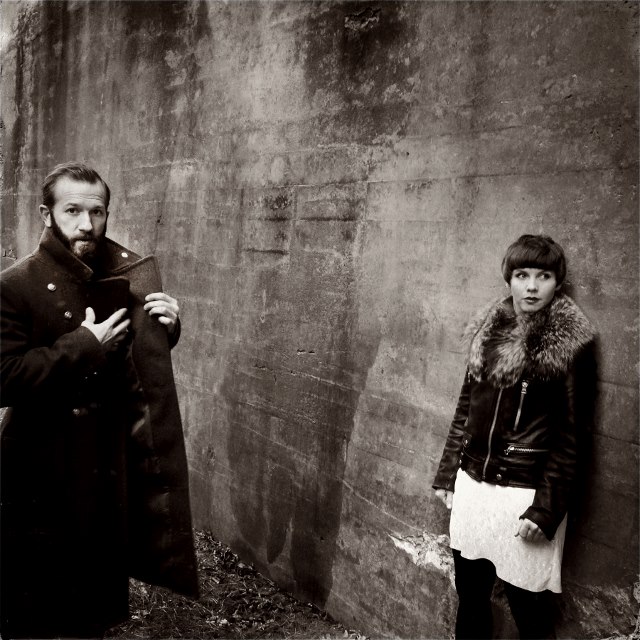 Colin Stetson and Sarah Neufeld have finally made a record together.

If you unfamiliar with the Montreal-based musicians and Constellation recording artists, Colin Stetson is celebrated for the versatility and physicality of his bass and tenor sax-playing, and for his strength as a composer — all of this artistry is evident on his highly conceptual New History Warfare trilogy of albums. Sarah Neufeld is best known as the lead violinist in Arcade Fire, but has also released a solo instrumental album, Hero Brother, and been part of another Montreal band, Bell Orchestre.

After the occasional live collaboration during a joint tour in 2013, the year they both released their latest solo records (and graced the cover of this publication), they wrote the track “Sun Roars Into View” together especially for Neufeld’s performance at famed NYC venue the Kitchen. (The performance is viewable here.)

When that experiment was declared a success, they continued to collaborate, eventually releasing the eight-track album Never Were the Way She Was on April 28. Their next solo albums will come to pass sometime between next winter and spring, giving them just enough time to play their joint venture live.

Lorraine Carpenter: How did you launch into composing together? Was it a departure from your individual approaches?
Colin Stetson: It wasn’t really intellectualized. We’d already been playing together as a duo live on some of her solo pieces. It was becoming clear that we could combine our solo approaches unaffected and the resulting duo would emerge from that.
Sarah Neufeld: We literally just wanted to smash the two of them together and see if we liked it. “The Sun Roars Into View” is exactly that. I started playing some repetitive ostinato thing and Colin started doing his crazy thing with it, and it worked. We figured out step by step how to parse those moments into pieces, so compositionally we developed a language together. It was quite natural.

LC: I understand that you met at work, so to speak. Did that make it easier for you as a couple to work together this way? Did you have any concerns about that?
SN: For me it felt like a puzzle piece that was just waiting to fall into place. We’ve been circling around really collaborating for so long. We met nine and a half years ago playing in different bands and then we became a couple and Colin toured with Arcade Fire and he collaborated with Bell Orchestre we were so much in each other’s musical worlds without fully jumping into tête à tete composition. Once you’ve been in bands together and toured together and known each other for so long, there’s not that many surprises. I mean he surprises me every day, but no, I wasn’t worried.

LC: Do you see this collaboration continuing?
CS: I’m sure we’ll continue to do as much as possible/ We’ll both continue to look into our respective instruments and solo approaches and delve deeper into more and more worth conjuring up in those regards, and do the same as a duo. Everything comes down ultimately to available time and space to do it. SN: I picture projects that can last over the long haul as vessels and you have to wait till they fill up with potential again to explore it again. I enjoy this phase of it, too, when you’re not always writing and pushing but you’re really biting into the live performance stuff, because that always takes on a life of its own. We’re hitting a really nice place with that, where the music is really alive when we do it live. ■