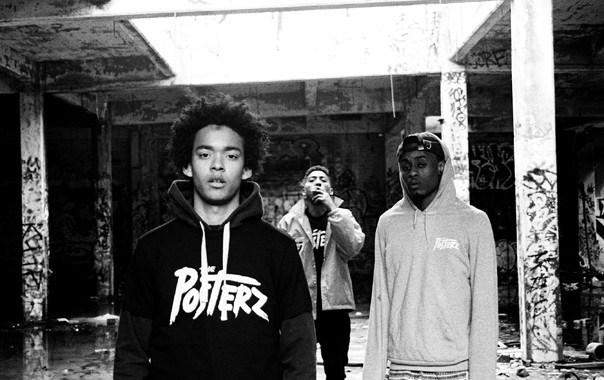 Braids is back, coming out with their fourth album — Deep in the Iris — on Arbutus Records on April 28. They’ll be playing Bar le Ritz PDB on May 13. Listen to the second preview track from the art pop band’s forthcoming LP here:

This indie folk band is gearing up for a new record, Awake, being released by Outside Music on May 26. Check out the title track here:

It was announced earlier this week that indie rock buzz band Heat will be opening for the Sheepdogs at the Jazz Fest on July 3. Prior to that, they’ll be playing 2015’s first food-truck gathering (Friday, May 1), but first, label Kitsuné is rereleasing Heat’s 2014 debut record, re-titled Rooms, on April 27. Check out a track from that record here:

Electronic/rock act Hologramme (aka Clément Leduc) is releasing a new self-titled album on May 5, launching with a free show that night at Divan Orange. Watch an album teaser here, and listen to “Upright” below:

Shoegazing rock band No Joy will release their third LP, More Faithful, on June 4 via the Mexican Summer label, and they’re playing a launch show on June 9 at Bar le Ritz PDB. Check out a preview track here:

This rap trio will soon be following up their 2014 record Starships and Dark Tints with an EP called Junga (release date TBA). For now, we can listen to “Rumble” here:

Electro-pop trio Syzzors is putting out an EP called Leo, launching with a 6à8 event at le Belmont on May 14. Have a listen to “Leeches”:

Patrick Watson, “Places You Will Go”

Patrick Watson and his band are playing a pair of shows at le Fairmount, tonight and tomorrow night (April 26-27), but they’re both sold out. There are sure to be more shows to come after the launch of their next record, Love Songs for Robots, on May 12 via Secret City Records. Here’s a preview track:

Garagey rock band Yardlets — Sam Goldberg Jr. (Broken Social Scene) and Jeff Edwards (Shot While Hunting) — are releasing a new LP called Good Hangs on Hobo Slang Records on May 12, and playing a show at le Ritz on May 22. Check out this preview track: