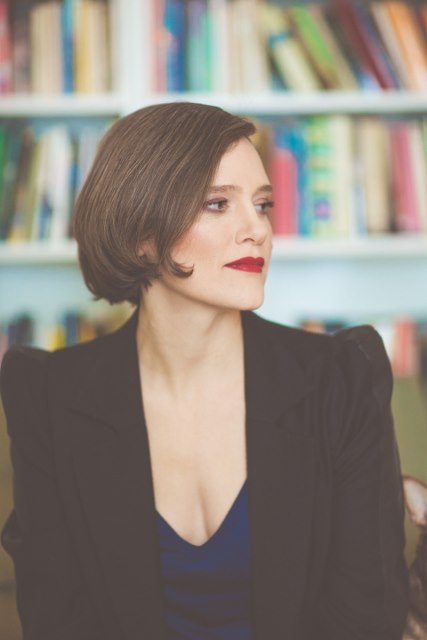 Since the publication of her latest novels Lullabies for Little Criminals and The Girl Who Was Saturday Night, Heather O’Neill’s prose has come to be recognized for its imaginative, almost mythological perceptions of Montreal that add a subtle backdrop of magical realism to the gritty lives of her characters. With her debut
collection of short stories The Daydreams of Angels (Harper Collins), the fantastic frequently comes to the fore as a physical force. Reality is far more prone to ride shotgun over the course of the book’s 20 stories set in Montreal and beyond, where toys come to life, androids give birth and angels intervene in the lives of mortals.

When it comes to writers’ careers, readers might expect to see a short story compilation precede the release of a novel, but Daydreams comes off as a natural transition for O’Neill’s growing body of work. Having been written in parallel to her latest novel over the course of nearly a decade, the economical form of the short story prompted the author to give greater agency to imagination in ways that were comparably more subdued in previous books.

“A short story can be so experimental in a way the novel can’t,” O’Neill explains. “The forms decide on their own, but some of these stories took a lot of audacity, where an idea was so over the top to the point of needing to be a short story.” 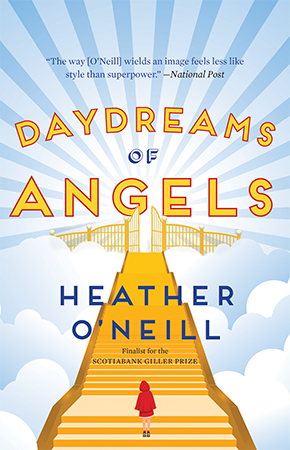 The collection contains narratives made by and told to children through appropriated fairy tales and Aesopian style fables, where innocence is frequently pitted against the harsh realities of adults. “On some level, I wanted a large compendium like the kind I’d receive as a kid at Christmas, a collection of children’s stories,” O’Neill says. “A lot of them are retellings of stories that are familiar to children with a contemporary urban edge.” While Winnie the Pooh writes to Piglet from a jail cell in one story, a Snow White-like figure survives in Nazi-occupied France as a prostitute in another.

At the same time, adults will occasionally figure as narrators for stories, telling children lies that are both playful and graphic about where babies come from or what heaven looks like. These stories “are family mythologies that kids are always looking for,” O’Neill notes. “Family mythology is so wonderful for a kid, with their grandparents telling them some outrageous story about some dancehall in the 1940s where 800 people fell in love with them. When you have children as an audience, it’s hard not to exaggerate and weave in metaphors.”

The characters in Daydreams are not unlike those in Lullabies or Saturday Night, where youth is confronted by rites of passage — such as death or sexual awakening — while still maintaining grace. “I think (with this book) I was rejecting the idea of the fall,” O’Neill says, suggesting that there’s an inviolable character that survives the transition from adolescence to adult life. “People can dismiss children as not having the same kind of integrity as adults have, but I think when you’re an adult and feel really good about your integrity, it’s because you’re remaining true to the things you determine for yourself in your childhood, like what you consider wrong and right in a moral life. If you can stay true to those things … that’s about as close to happiness as we can get.” ■