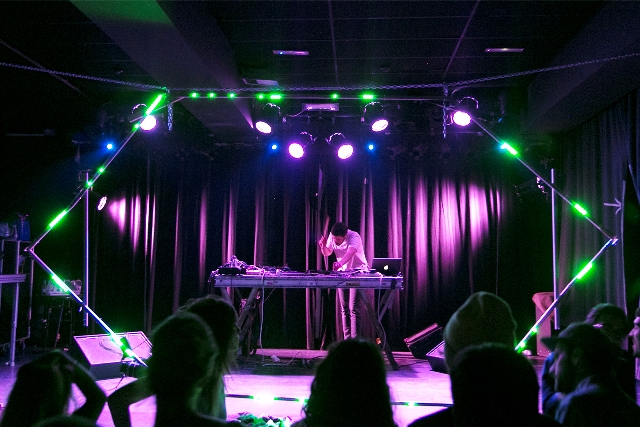 Just when I thought I couldn’t take this harsh winter anymore, I saw light at the end of the tunnel. Mutek was organizing its sixth edition in Barcelona from March 4–7 and it didn’t take too much to convince me to pack my bags and head to Spain. Here’s how I experienced my first Mutek.Es.

On March 4, at around 10 a.m., I finally arrived in Barcelona after 20 hours of travelling. I found my way to El Poble-sec, where I had rented a cozy loft with a private terrasse. The friendly host was waiting for me with red wine in hand, and it wasn’t even noon yet.  I was hoping to get some sleep before two of my friends were due to arrive from Berlin but a delay in my flight made me trade sleep for tapas and more wine. I can’t express enough gratitude to the Spanish for siesta. When I woke up at 8 p.m. I was ready to head to Mutek headquarters, grab that press pass and make some music discoveries.

The festival was spread out in clubs all over the city, and in unique places such as a former beer factory and a convent, which made the experience even more enjoyable. The headquarters  and site of some free showcases was the Convent Sant Agusti, and it was nice to just hang around the historic building, beer in hand, catching up with some Mutek regulars.

On Wednesday night, I arrived on the late side at the intimate Moog Club to catch the end of birdsmakingmachine, which didn’t leave much of an impression on me. On the other end, Move D did a stellar set, playing elegant house music on vinyl. The venue was a bit of a sweatbox and it was hard to find an area to bust a move.  But we managed to stay until the end (5 a.m.) thanks to party favours bought on the street. (It’s a Russian roulette game but we won it this time.) We brought the party home and the sun was way up in the sky when we reached our beds.

Thursday was more of a techno night.  I was highly anticipating Eduardo de la Calle, who didn’t let me down. Next up were the Zenker Brothers touring their most recent album, Immersions.  My hangover made it harder to get in the mood that night, as did the venue, Club4, an impersonal place with poor sound quality. Being pick-pocketed was shitty too, but it’s Barcelona and  unfortunately it kind of comes with the territory. I had to find my way home with no wallet, no cell phone and no way to orient myself in the labyrinth that are the streets of Barcelona. Thankfully I ran into the right people who not only showed me how to get home but also bought me beers in a bar at 8 a.m. 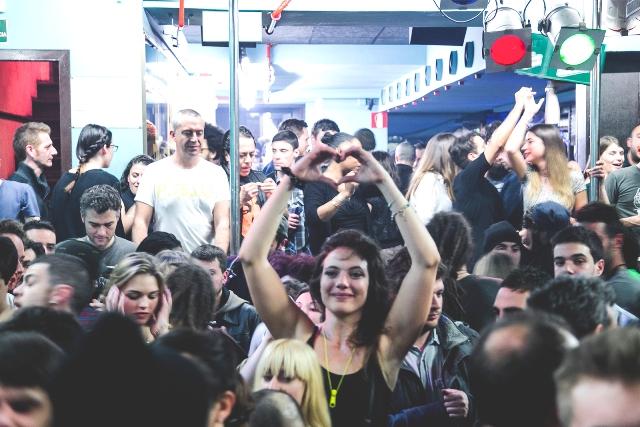 The crowd at Moog Club

The best bets on Friday were the live electronic explorations Magic Mountain High (Move D + Juju & Jordash) and Talaboman (John Talabot + Axel Boman) at Nitsa Club. They didn’t disappoint. It’s fun to hear more established acts but it’s truly a blessing to discover new ones. I’m trying not to overhype it but I do think I found what might become the electronic act of the summer. Barcelona’s Sau Poler simply blew my mind with his blend of R&B, electronica and Balearic. He’ll be playing at Piknic Electronik this summer. Have a listen to his new EP, Paradox of Progress.

All this music left me wanting more. Now I’m back in town, looking forward to spring and to the 16th edition of Mutek Montreal. ■