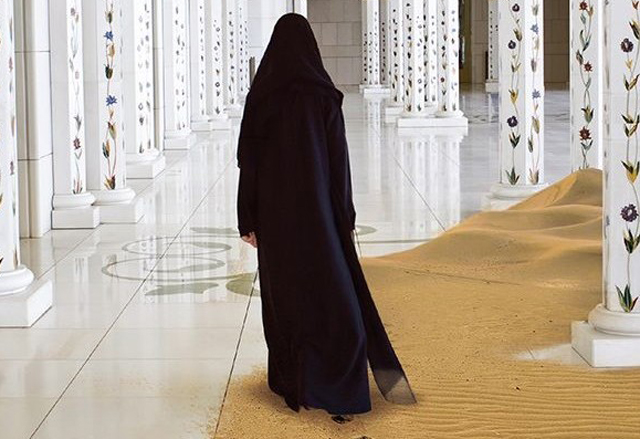 From the cover of Brilliant by Denise Roig


Denise Roig’s new collection of short fiction Brilliant is set in Abu Dhabi, the capital of the United Arab Emirates (UAE). Drawing on her experiences as a reporter for Abu Dhabi’s English-language newspaper The National, Roig portrays a city which has expanded from a small desert outpost into an ultramodern metropolis in less than fifty years, and is still suffering growing pains.

Brilliant is Roig’s third collection of short stories, and her first book since her memoir Butter Cream: A Year in a Montreal Pastry School was published in 2008. These stories introduce us to characters from different cultures and classes of Abu Dhabi society. The city’s rapid growth has necessitated a large work force from all over the world and Roig draws her characters from this global labour pool, giving the reader several viewpoints on this multicultural desert city.

The collection’s opening story is one of the strongest. “Rice Dreams” is set in the Al Zaabi Finest Bakery, which employs citizens of the Philippines, Jordan, India, and elsewhere. Focusing on Bashir, an Egyptian baker, Roig portrays some of the privations migrant workers face in a country with no labour laws. When staff is cut, Bashir’s workload doubles, and he sleeps on a hundred pound bag of flour in the kitchen in case a late-night order comes in. Roig provides rich descriptions of the making of maamoul and baklawa, as well as Bashir’s exhaustion as he and his co-workers toil at all hours to feed the city’s insatiable appetite for sweets.

Roig is sympathetic to the legions of migrant workers toiling in the UAE, and doesn’t shy away from representing some of the worst abuses that arise in a country where money rules and life is cheap. In “Fridays by the Pool in Khalidiyah” Angie, a North American English teacher, helps Daisy, a Filipino domestic worker, escape a workplace where she is routinely sexually assaulted. Although convincing Daisy to leave initially satisfies Angie’s “sense of Western justice,” the story ends with her realization that Daisy is still vulnerable to exploitation. Unlike Angie, Daisy possesses limited agency in an economic system where her untrained labour is indispensable yet undervalued.

The remainder of Brilliant’s stories feature characters belonging to the ranks of the European and North American professionals who work in the city. After focusing on the desperate plight of the city’s least fortunate workers, the domestic worries and homesickness of the bourgeois seem inconsequential. For example, in “Velvet,” the wife of an American diplomat scours the city’s supermarkets in search of the hard-to-find ingredients she needs for a traditional Thanksgiving meal, and preparing her signature gravy becomes a quest to retain her sense of self. In “Folly,” a Scottish real estate lawyer and bicycling aficionado struggles with problems at work and at home. Another story focuses on the protagonist’s love of yachts.

Juxtaposing these stories with those about the extreme privation of the city’s most vulnerable workers vividly reveals the separate spheres of wealth and poverty that coexist in Abu Dhabi. More of this juxtaposition would have been welcome, but stories about middle class professionals comprise the majority of the book, blurring together into an indistinct lament about the city’s heat and awful traffic, and vague feelings of displacement, homesickness, loneliness, and occasional disgust at the excess of life in a boom city where money outweighs the value of human life.

The best of the stories collected in Brilliant give a human face to the tumult of life in the desert capital. Although some stories are not as fully realized as others, taken as a whole the book presents an insider’s view of Abu Dhabi, complete with a glossary of Arabic terms. Denise Roig’s Brilliant offers readers a glimpse into a fascinating polyglot city that is still very much under construction. ■

Jeff Miller is the author of Ghost Pine: All Stories True.