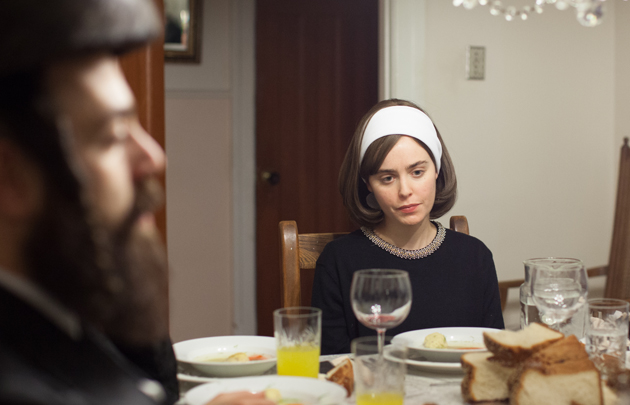 Star-crossed lovers don’t come much more star-crossed than the titular protagonists of Maxime Giroux’s Félix et Meira: he (Martin Dubreuil) is an aging, penniless layabout whose major source of income seems to be stealing carpets for resale, while she (Hadas Yaron) is a young, discontented Hasidic wife with a small child and a husband (Luzer Twersky) who lacks the proper tools to help (much less understand) his wife’s dismay. Félix and Meira meet in fortuitous circumstances, knowing full well that their paths should never cross, yet they become inexplicably drawn to each other time and time again.

While the logline of Félix et Meira suggests a misbegotten ’80s sitcom with its extremely improbable central pairing, it’s to Giroux’s credit that the film never feels like it’s milking the odd-duck pairing for cheap thrills. A lot is left unsaid in Félix et Meira — dialogue is minimal and much of the film is spent in a state of sensual repression that recalls an earth-toned, rainy spin on Wong Kar-Wai’s In the Mood for Love. It’s a love story that focuses not on the happy, colorful, butterflies-and-peppermint aspect of l’amour fou but on the idea of love as a survival technique. It’s not exactly cheery, as you’d imagine, but it’s certainly powerful.

Félix et Meira also offers an interesting and underrepresented look at Montreal’s Hasidic community (with Josh Dolgin aka Socalled popping up in a couple of scenes as Meira’s husband’s friend!). While the film’s premise doesn’t necessarily lend itself to a glowing representation (hard to have your protagonist want to escape a stifling existence and show that existence positively), it presents a fascinating glimpse into a world we see so rarely. (Alex Rose)

(PS: What with its Hasidic themes and a sequence set to Leonard Cohen’s “Famous Blue Raincoat,” Félix et Meira challenges Gurov et Anna for the Most Mile End Movie crown, but I think Gurov et Anna edges it out slightly by having a scene actually shot inside Cagibi. Félix only lives on top of it.) 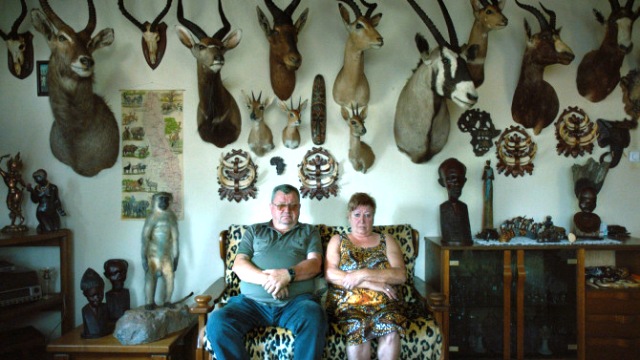 Austrian filmmaker Ulrich Seidl is known for both documentaries (Animal Love) and dramas (Dog Days) that look at the human condition with a dark, unblinking, almost clinical gaze. His latest doc, true to its title, shows its subjects in their basements. The basement is positioned as a sort of lair of the true self, where people can embrace the hobbies and identities that wouldn’t be accepted above ground.

Other subjects are more disturbing, like the tuba-playing alcoholic with the extensive collection of Nazi paraphernalia. Another man keeps an elaborate shooting gallery in his basement, where he also argues with visitors who espouse extreme-right points of view in between their shooting sessions. In these scenes, Seidl seems to be casting a cautious eye on the state of Austria today. But he does it without editorializing, letting the subjects speak for themselves.

The film’s visual style is minimal, almost exclusively consisting of artfully composed, static single-shot long takes, like something Wes Anderson might come up with if he were less whimsical and more disturbed. Alternating between darkly funny and just plain dark, Seidl’s vision may leave you looking sideways at your friends and neighbours, wondering what they might be up to in their basements. (Malcolm Fraser) 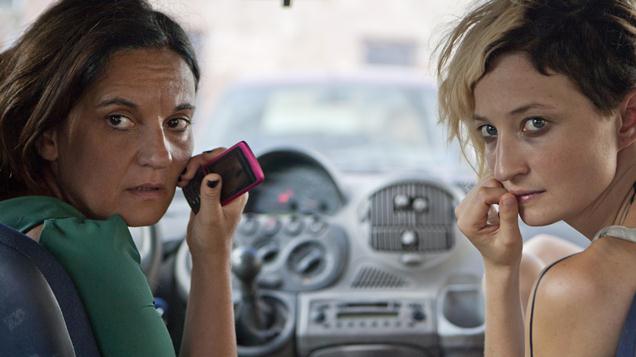 A Street in Palermo

Acclaimed Italian theatre director and playwright Emma Dante makes her big screen directorial debut with the aptly named A Street in Palermo, a film that revolves almost entirely around a tiny Sicilian street.

Rosa (played by director Dante) is returning to her birthplace of Palermo with her girlfriend, the punk illustrator Clara (Alba Rohrwacher), for a wedding. From the backseat, the camera is shaky, zooming in and out of Clara’s feet and illustrations, as well as Rosa’s profile, while the two bicker and consider breaking up. Meanwhile, Samira (Elena Cotta), a frail old widow, feeds stray dogs in a cemetery and lies on her daughter’s tomb.

The above is the only background information we’re given before the women find themselves face-to-face on a tiny street, with both parties refusing to back up and let the other one drive on first. Rosa in her SUV on one side, and Samira with her brutish son-in-law Saro (Renato Malfatti), his daughter and her three small children packed into a tiny car on the other. It slowly escalates into a comical showdown between two bull-headed women refusing food and water, while the neighbours try to get involved and place bets on which woman will back down first.

The Sicilian-born director’s theatre roots are clearly reflected in the play-like structure and feel of the film. If you’ve ever been to Palermo, or Sicily in general, the film plays out like a scene you could easily witness, albeit a tad over-dramatic. Jobs seem sparse; people idle about and meddle loudly in each other’s affairs. It’s as if Dante wanted to speak to life in Palermo in general through an absurd scene on a small, winding street.

Subtle and slow-paced, it might have made for a more exciting play than film, but then Dante might have not been able to achieve the same kind of beautiful and slightly poetic finale. (Roxane Hudon)

17,859 cases of COVID-19 / Coronavirus have been reported across Canada according to the Public Health Agency of Canada.