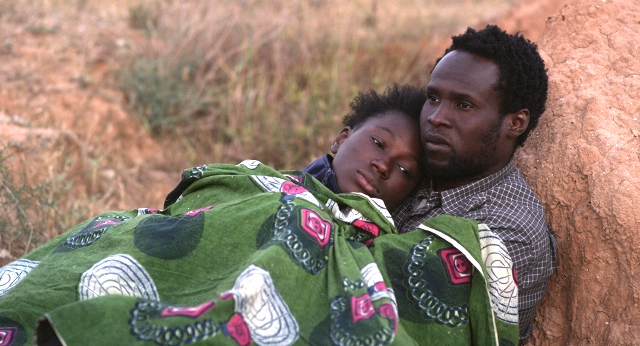 The Montreal International Black Film Festival might not have the epic three-week run of Fantasia or the perpetual media scrutiny of the World Film Festival, but the once-modest festival is celebrating two milestones this year: its 10th anniversary, and its very high-profile guest of honour, Spike Lee, who’ll be in town to present his newest film and to receive an award. The MIBFF’s first edition showed only three films (all from Haiti) , but it has now grown to being a week-long affair showing critically acclaimed films from all over the world.

The festival starts tonight with French director Boris Lojkine’s first fiction feature, Hope. A love story set in the Saharan desert, it won the Société des Auteurs et Compositeurs Dramatiques prize for Best Screenwriting as well as the Grand Golden Rail for Best Feature during the 2014 Cannes International Critics Week. Also coming to the festival with heavy buzz is Szabolcs Hajdu’s Mirage, a Hungarian-set film starring Ivorian actor (and frequent Jarmusch collaborator) Isaach de Bankolé, fresh from its world premiere at TIFF. The fest closes with Half of a Yellow Sun, starring Chiwetel Eijofor, Akita Noni Rose and Thandie Newton as people caught in the turmoil of the Nigerian Civil War in the 1960s.

There’s a strong slate of documentaries at MIBFF this year, with the AIDS doc Fire in the Blood, The Life and Crimes of Doris Payne (about an octogenarian who has made a decades-long career of being a jewel thief!) and The Land Between (about sub-Saharan migrants’ journey into Europe) but a few of the highlights. There are several shorts programs as well, including the up-and-comers showcase Youth and Diversity Evening on Sept. 25, showcasing the work of five young filmmakers from Montreal’s black communities.

For the first time this year, the MIBFF presents the Black Market, a day-long series of conferences featuring talks from industry professionals like Sudz Sutherland (Love, Sex and Eating the Bones, the CBC miniseries Guns),  Lisa Cortes (producer of Precious) and Frances Anne Solomon (A Winter Tale). The festival is also honouring both Arcade Fire’s Régine Chassagne and Dominique Anglade (CEO of Montreal International) for their social involvement — the ceremony is followed by a screening of the documentary Victorieux ou morts mais jamais prisonniers, an animated documentary about an attempt to overthrow Papa Doc Duvalier in 1958.

Lee’s newest film is Da Sweet Blood of Jesus, a romantic horror comedy that’s also a loose remake of the 1972 cult classic Ganja & Hess. Lee went to Kickstarter to fund the film, a low-key affair shot mostly in Martha’s Vineyard that sees Lee renewing with his indie roots after the disappointing Oldboy remake. Lee will also be present for a Q&A after the film, while also accepting the award prior to the screening. Tickets are still available for the combined package on the MIBFF’s website. ■