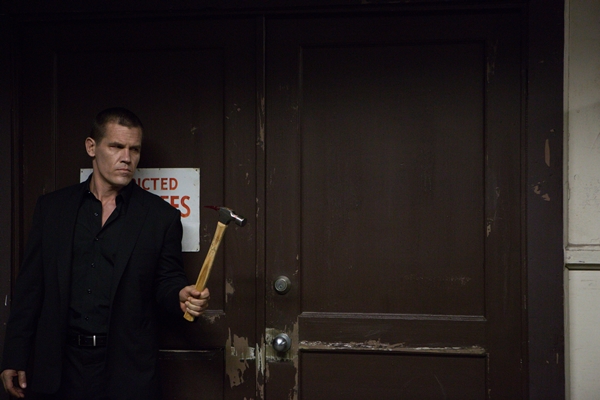 Remaking the terrific Korean film Oldboy for American audiences was a hell of a gamble. Its mix of Grand Guignol set pieces and grim subtlety (as subtle as a movie that has the protagonist beating 25 dudes with a hammer and incest as a major plot point can be, granted) so precise that any attempt to soften the edges or somehow make it more palatable were bound to send the whole thing crashing down. Exactly what kind of movie this would prove to be became pretty clear when perennially unsubtle director Spike Lee (evidently trying to get back into the mainstream’s good graces after a string of underperforming personal projects) came on-board. Lee doesn’t deal with subtlety well; he skews more towards outrage and explosive anger. The American Oldboy retains the extreme nature of the story and most of the elements (at least tangentially) that made it such a visceral experience in the first place, but filters it through an altogether more adolescent lens that’s honestly not unsurprising coming from Lee.

Alcoholic ad exec Joe Doucett (Josh Brolin) wakes up from a bender in a locked, windowless hotel room with no explanation as to how he got there. He is fed dumplings and a mickey of booze three times a day for 20 years, watching himself be framed for the rape and murder of his ex-wife through a true-crime television show. Then, with as little fanfare as he was imprisoned, he is released. With a thirst for revenge over a murder he didn’t commit and a daughter he’s abandoned, Joe sets out to find the perpetrators with the help of a young nurse (Elizabeth Olsen).

It’s pointless to outline all of the changes from one version to the other. Remakes change things around whether we like it or not, and Oldboy is certainly not a shot-for-shot remake of the original. But part of the brilliance of Park Chan-wook’s vision is how it manages to make a preposterous, violent and soapy story into an unbelievably raw and affecting film. Both films are based on a manga, but Lee’s vision leans harder on the aesthetics of graphic novels with its cartoonish bursts of violence, clumsy Degrassi-esque flashback sequences and flamboyant villains (Samuel L Jackson sports a blond mohawk throughout, and a red silk dress at one point), losing some of the original visceral appeal for the benefit of more trailer-friendly moments.

It’s not that Lee and writer Mark Protosevich have necessarily dumbed the material down, but their attempts to update the story are so intertwined with knowledge of the original that it’s questionable exactly what audience this is supposed to reach (besides Lee himself, I suppose). Those who have seen the original won’t exactly be bowled over by the fact that there are way more dudes for Brolin to bash in the hammer sequence this time around, for example, and those new to the material are experiencing the twists in a movie that’s less emotionally satisfying but grittier on a surface level. Moments retained from the original are skewed to fit the slightly altered narrative and now exist solely as nods to the original; it’s a bizarre cannibalization of content that never quite finds its footing.

Suffice to say that Oldboy is as satisfying on a primal level, as much as any number of revenge flicks inspired by Death Wish could be. It’s engaging enough and the actors (especially Brolin, who brings a stone-faced bruised humanity to the role) are strong enough to push the movie through, but it’s basically rote genre action with some idiosyncrasies. It’s been rumoured that Lee didn’t have final cut and that this release is a butchered version of his original vision; while it may be interesting to see whatever cut may one day surface, what currently calls itself Oldboy doesn’t amount to much more than a clumsy disappointment. ■

Oldboy is in theatres now