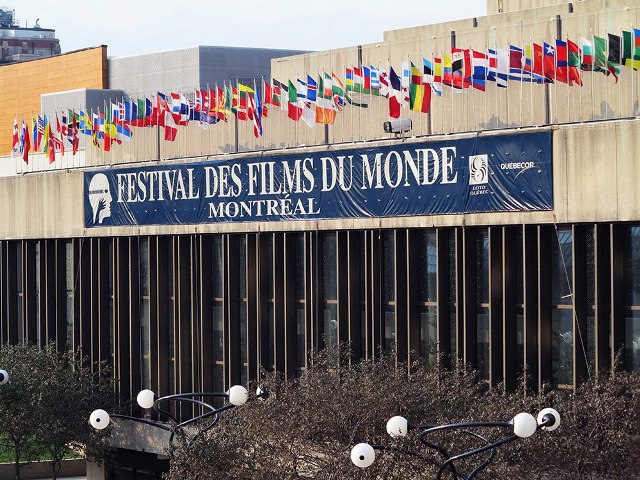 Against all odds, the 2014 edition of the Montreal World Film Festival kicks off today after a few months of quasi-Shakespearean drama threatened to sink it. It hasn’t been all roses for the once-prestigious fest spearheaded by Serge Losique — although it got back on its feet after a legendary 2005 kerfuffle that saw the government funding an ill-advised festival controlled by l’Equipe Spectra in direct opposition to Losique and his crew, the bottom fell out again this year when the SODEC, Telefilm Canada, Loto-Québec, Tourismé Québec and the city of Montreal all declined to continue funding the fest, leaving it virtually devoid of sponsors.

It’s hard to say exactly what has brought this once-groundbreaking festival to its knees. The funding issues stem from a whole lot of political manoeuvring and accusations against SODEC president Monique Simard, whom the festival directors accuse of blackballing to foreign and local investors. But I think that the fest’s troubles run deeper than that, and one only needs to look at their programming for the last few years to see that the fest has been running on fumes.

Recently deceased producer and director Menahem Golan recalls opening his 1980 sci-fi disco boondoggle The Apple at the MWFF and being so distraught by the near-riot incited by the crowd that he nearly committed suicide. It’s hard to imagine any movie screening there now inciting any level of passion from anyone in attendance — the fest’s programming is dominated by small arthouse films from all over the world, many of which are making their only North American festival showing. These films arrive here with little to no buzz and are dropped in the middle of a dense program that makes it impossible for the average person to parse. Once those films have played here, they’re likely never to see a North American release.

I’m not saying that there are no good films playing at the World Film Festival; in fact, I guarantee that there are at least three to five hidden treasures in there that will slip by unnoticed (see my highlights of the 2014 edition here). The fact is that film festivals have changed since the MWFF launched in 1977; with the advent of home-video and eventually streaming, it’s not enough to simply offer folks screenings of movies from all over the world. Festivals like TIFF, Cannes and NYFF are more than just opportunities to see movies to the rich, famous and/or those willing to stand in line — they’re global events. Their programming has an actual tangible effect on distribution, box-office and awards ceremonies (in its advertising, MWFF still leans on its 2007 winner Ben X selling in several countries). Even music festivals like South by Southwest have expanded to include a film element that has seen small indie genre films blow up after their screening. Film festivals still work — but the MWFF doesn’t.

Even on a local scale, MWFF seems to have been phased out by local festivals. Fantasia has branched out from horror and other fantastic pursuits in the last few years and has begun programming cutting-edge cinema and opening films from international icons like Abel Ferrara, Takashi Miike, Johnnie To and Kiyoshi Kurosawa. RIDM frequently screens the best in documentary cinema, FNC has a stalwart (and smaller) selection of cutting-edge films from around the world and even Cinemania covers a great majority of the French films sometimes underrepresented both in festivals and on theatre screens. The fact is that, in order to draw international attention, the MWFF needs more heavy hitters and less earnest dramas about blind shepherds and old Estonian ladies gathering sticks for the hard winter ahead. There may still be an audience for these kinds of films, but they shouldn’t make up the majority of programming.

Although the odds are stacked against it, there are a few things that the MWFF can still do to save itself. First, it must scale down: it’s great for press and the ego to wave around enormous numbers as the MWFF has done the last few weeks, but that huckster spirit has led to numbers not quite balancing out (according to them, every single screening is sold out with maximum occupancy) and to dozens upon dozens of films screening to complete indifference. If MWFF wants to compete with the best, it has to contend with not being the biggest.

Secondly, it needs to do something about that programming. If the fest doesn’t start taking chances on films that fall outside of its usual purview of low-key arthouse drama, it’s never going to win back the audience it lost. That also means avoiding Fantasia cast-offs like 2012’s opening film Million Dollar Crocodile, a film so junky it was renamed Croczilla for its American DVD release to cash in on the ironic popularity of SyFy Channel garbage. Will some films be left by the wayside in doing so? Probably. Is every would-be artistic film from overseas worthy of a spot in the festival? Definitely not.

The MWFF still has pull — they still manage to land a couple of premieres from high-profile auteurs each year, and their jury usually consists of an eclectic selection of film professionals from all over the world. What it doesn’t have is engagement from an audience beyond the incredible amount of filmmakers and film crews that fly in from overseas for their own premieres and a sizeable-but-stagnant contingent of old intellectuals who will attend no matter what. That might be enough for Losique and the rest of his governing board, but it wasn’t enough for the people putting up the money. And apparently you need some of that to keep things going. ■